As announced, I am going all-in on getting another two Skeleton Hordes ready for the table as soon as possible.

So, today I pulled out my trusty Dremel, and set about killing slotta-bases by the dozens.

Here is a unit of spear-armed levy, most of them fully ready for the first helping of filler to the base. 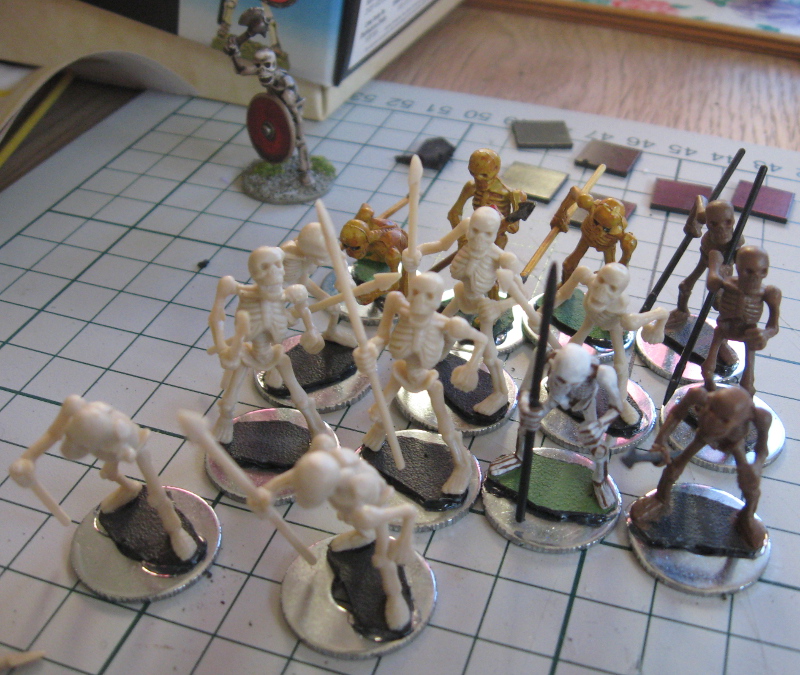 And the second unit, peasant rabble, bound to do the biddings of their new liege. The incantations clearly were too weak, and the Necronomicon will be consulted once more. 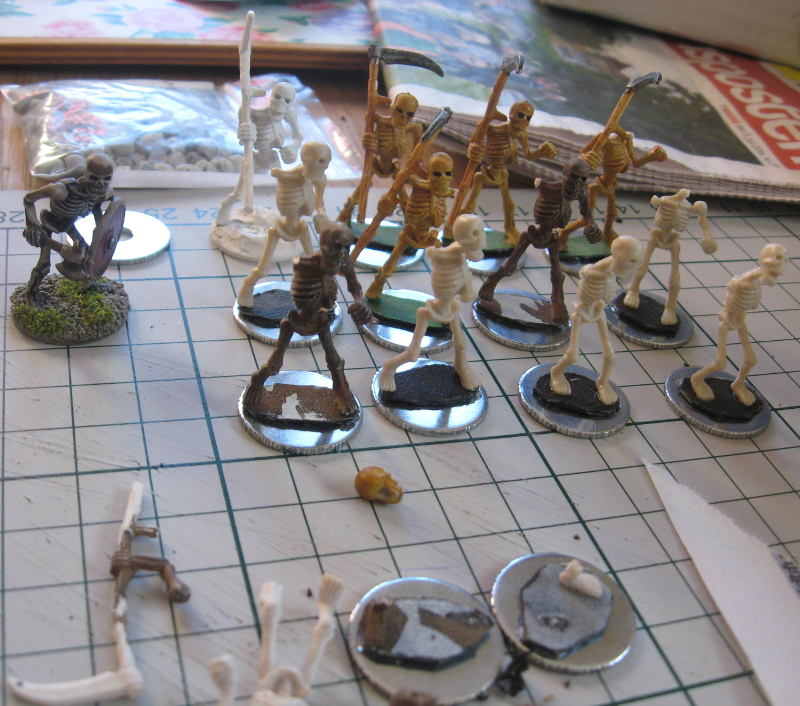 Some might say, I just poured a lot of money into the drain, but I did not buy these to make collector's money on them. NIB for over 20 years, until this afternoon where the seals of protection were broken, and these long dead warriors brought into the world of the living once more. 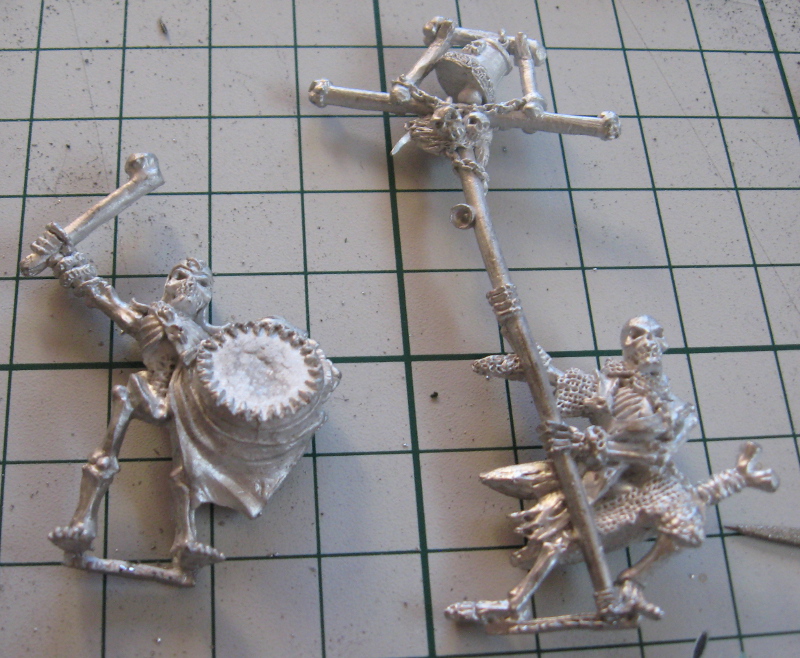 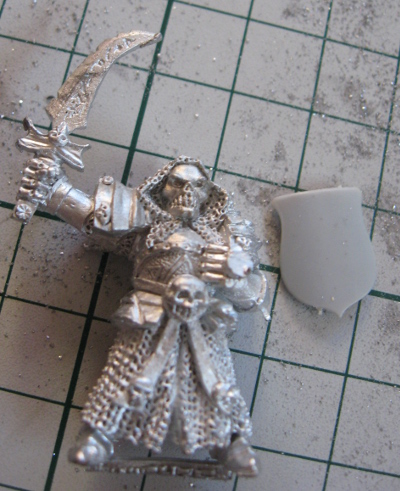 The Wight/Commander of this command group.

He is not going to be used with any of these units, instead I may paint him up to become part of a Guardians of Midnight unit.

Anyway, I am going to get him cleaned up and based, and when I have five more done that way, They even may get painted...
Posted by Argonor at 18:05