I had my hopes set high for today's progress, but as Lea has been ill (a stomach ailment) the last couple of days, and she felt well enough to crave some daddy-time after lunch, I did not get as much done as planned.

I base-coated the bases and scythe handles - I had hoped to at least also paint the scythe blades, but that will then have to be done tomorrow morning. 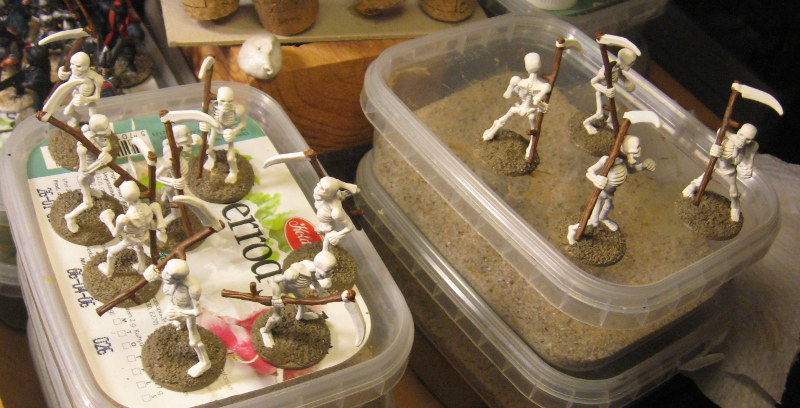 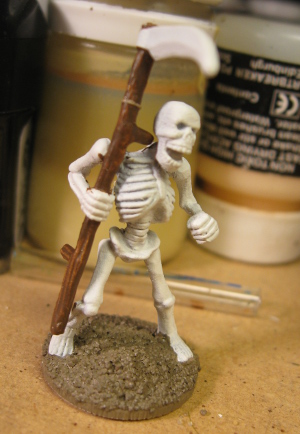 Unluckily, I dropped one of the skellies, and the scythe broke, so I had to glue it (with some Revell liquid poly cement), and it now needs to have the joint smoothed out.

Annoying set-back, but at least the poly cement seems to have welded the handle very well, so the clean-up should run seamlessly.

It would have been so much nicer to have these models ready for the Agrax Earthshade  wash by now, but the stars seem to have not been right for that.

Instead, we watched Harry Potter and the Order of the Phoenix as part of our current reprise of the series - and the film that I think is the focus of Knight Models' first set for the upcoming Harry Potter Miniature Game, due in 2017.