Gaming With the Kids: First Game of Settlers

First time I played Settlers, I really did not like it much - I felt horribly constrained by the constant lack of resources, and probably did not quite 'get' the game. So, it lived a life in oblivion on our boardgames shelf for a couple of decades, until today, when looking for something to play with Anna and Lea, I decided to dust it off.

I have played a lot of boardgames with resource management since my first brush with Settlers, some of them with the girls, so we actually got stuck in quite nicely from the beginning.

Anna played the Red faction, Lea the Blue, and I got the Orange party. 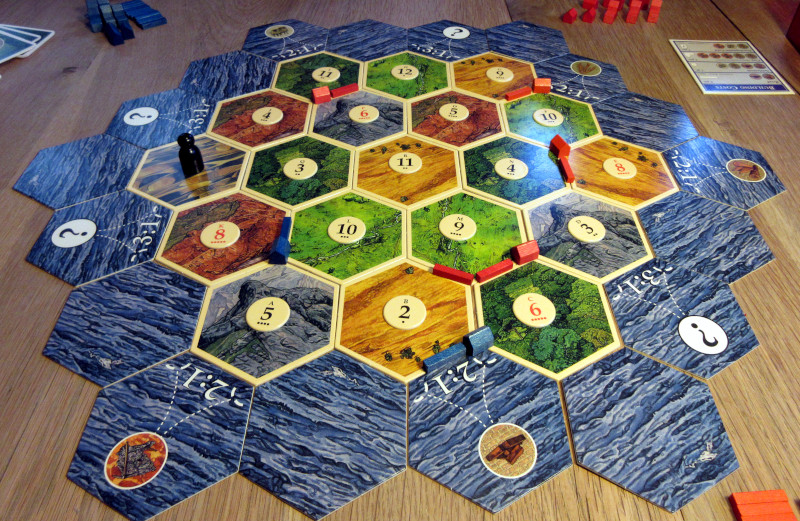 Development was pretty slow in the first part of the game, mostly due to a lot of unlucky Resource Rolls. 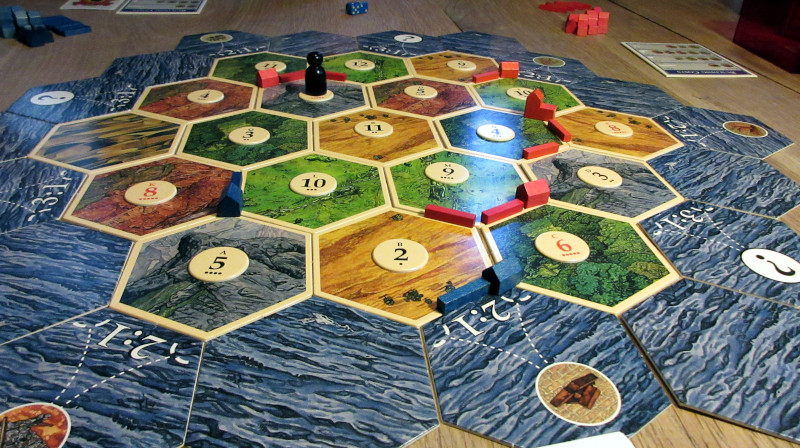 I focussed on upgrading my Settlements to Cities, as this doubles the Resource Yield. If you think you have gone colour-blind, it is because we deceided to switch Anna's pieces with the green ones from the 5-6 Players expansion. 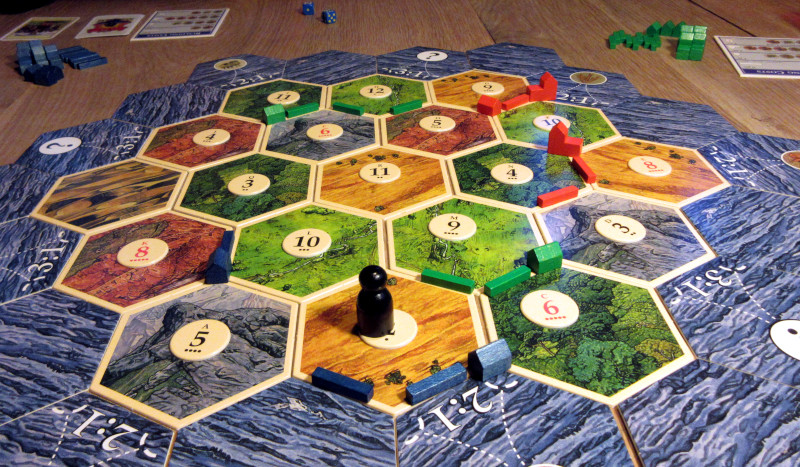 During the last third of the game, my Cities really payed off, allowing me to snatch Victory by building the longest Road, and placing yet another Settlement, and playing University of Catan (1 Victory point). 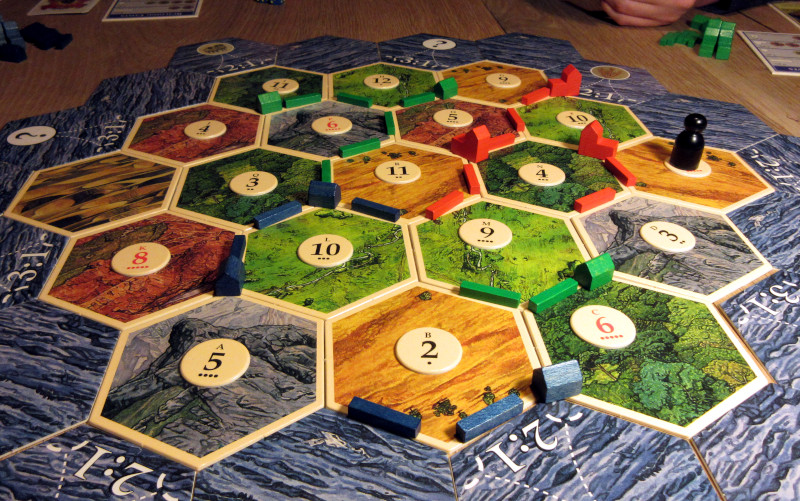 Both the girls really wanted to play again right away, but I decided that it would be getting too late (we would have to start after dinner, and today is a school night), so we shall have to postpone the re-match unitil Friday afternoon, as the girls have activities all the other days of the week.
Posted by Argonor at 22:35