Just received my last Wayland order about an hour ago, and I have have already washed and rinsed all the sprues (they are drying in the kitchen as I write this). And, in case you wonder, there is three boxes of Perry Agincourt French Infantry. 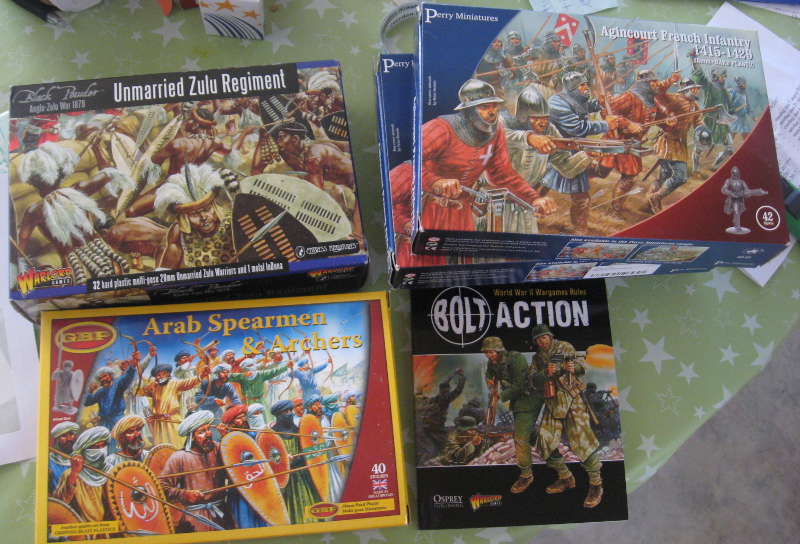 Some of the Unmarried Zulus will be used for my IHMN Impi (I can do both Blooded and Unblooded Warriors, and mix and mach parts with the Married Zulus I just recently purchased and have started assembling).

The Perry French are destined for becoming Fiefdom Warriors for my Gondor God of Battles army - mainly Dol Amroth 'pike'-men, but also Axemen of Lossarnach and the likes. I shall start assembling some in between working on my Zulus, but the main effort will have to be postponed until I have finished the Impi for IHMN.

The Arabs will, initially, be used for a Blood Eagle warband, and I shall make a Crusader warband to oppose it. Later, who knows, both may grow into forces for SAGA Crescent and the Cross, but that is beyond the horizon right now.

The Bolt Action rule book was a promotional freebie, and as I have some painted WWII models, I thought it would be nice to have, just in case...