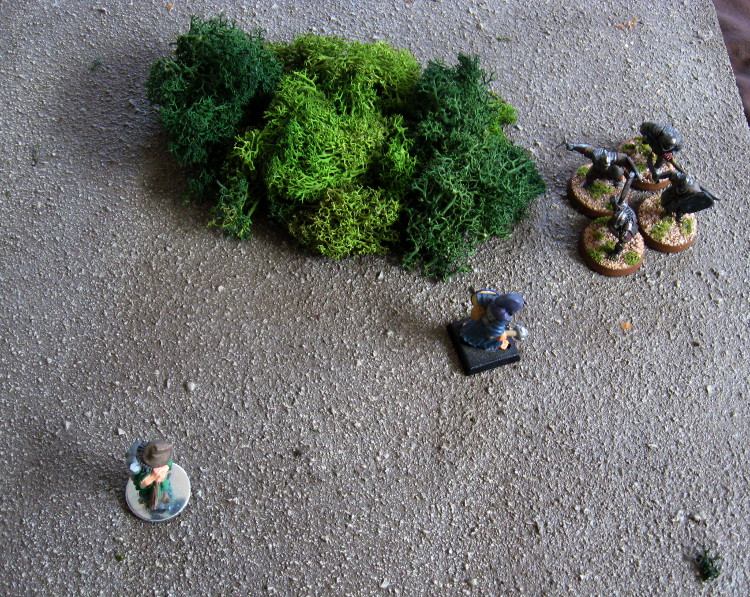 He then prepared another Fireball, and the spell succeeded, sending another flaming sphere in the direction of the two Orc Brutes only just recovering from being hit.

Both rolls to hit succeeded, and the Orcs bought it. 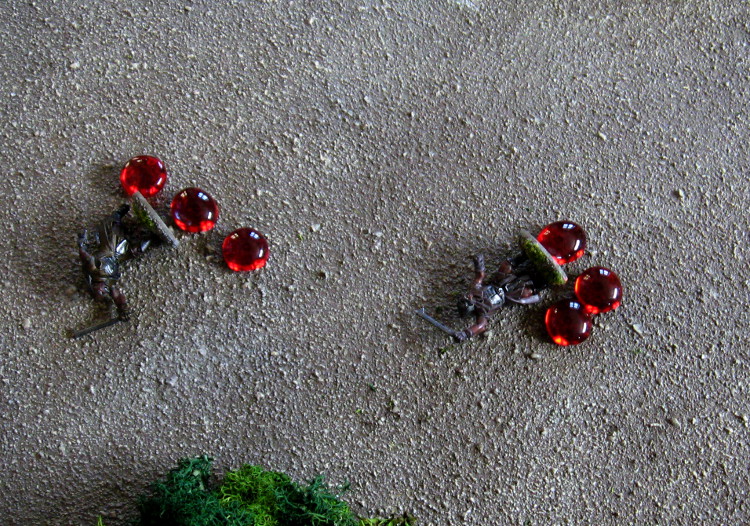 The Wizard then moved North, in spite of the Troll wheeling about near his planned escape route. 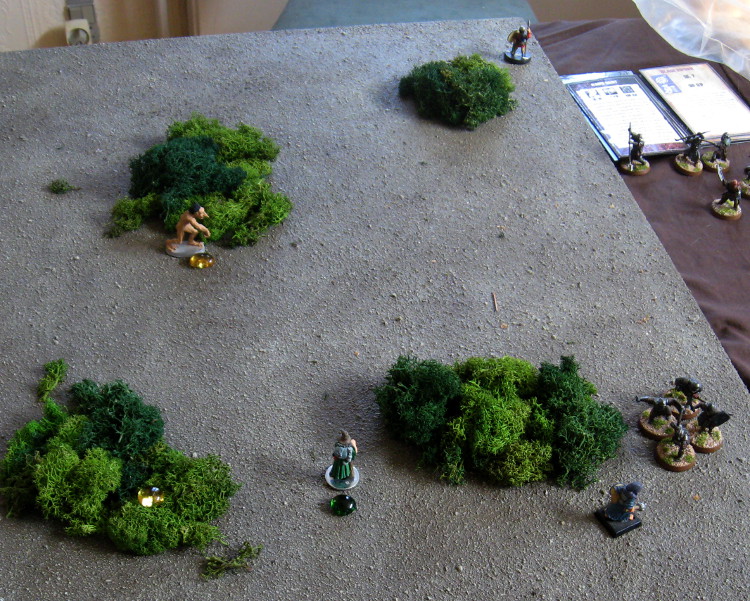 Rhagador hesitated in the face of danger, and not a single success was rolled on the three Activation Dice. The first Event was the arrival of another Wandering Monster, arriving at the South edge of the table. 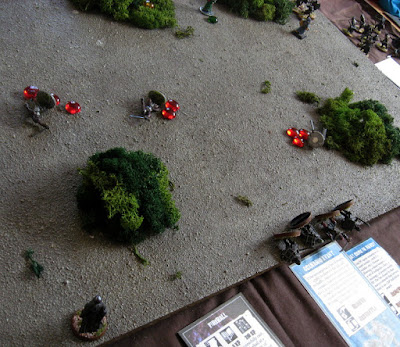 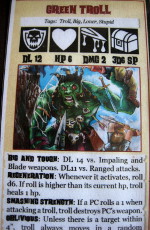 Another Troll - I did not have any appropriate models at hand, so I used a Mordor Uruk


The beast promptly moved towards the center of the table 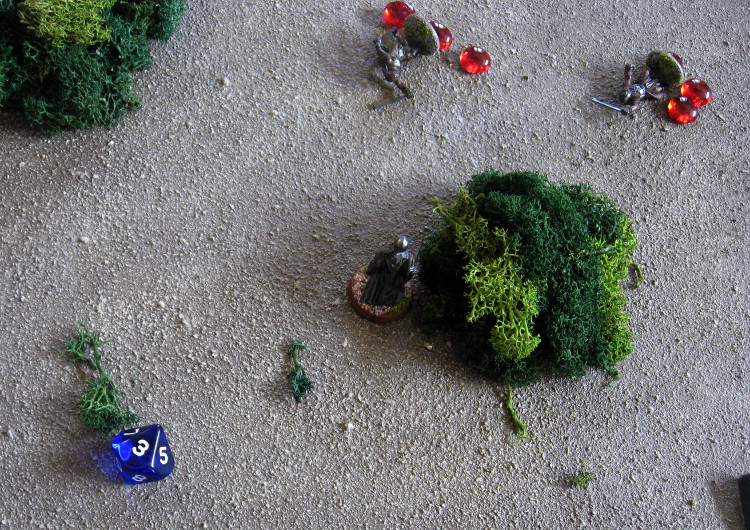 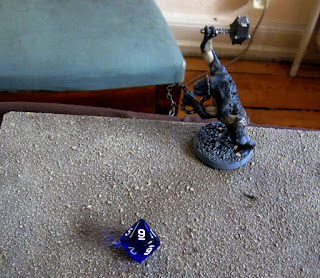 The next Event activated all Monsters on the table

The direction die of this Troll pointed off the table, and I was not sure how to handle that, so I simply left the hulking Monster in place.

[I shall write the right solution here, as soon as I have it] 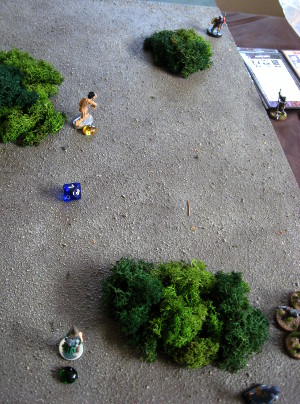 The 'original' Troll seemed to have picked up Finghal's scent once more, and lumbered off in his general direction.

The Uruk-Troll again moved towards the center of the table (and Shaggram wondered if this specimen had actually spotted him, and with a rare glimpse of wit set its mind on eating him...) 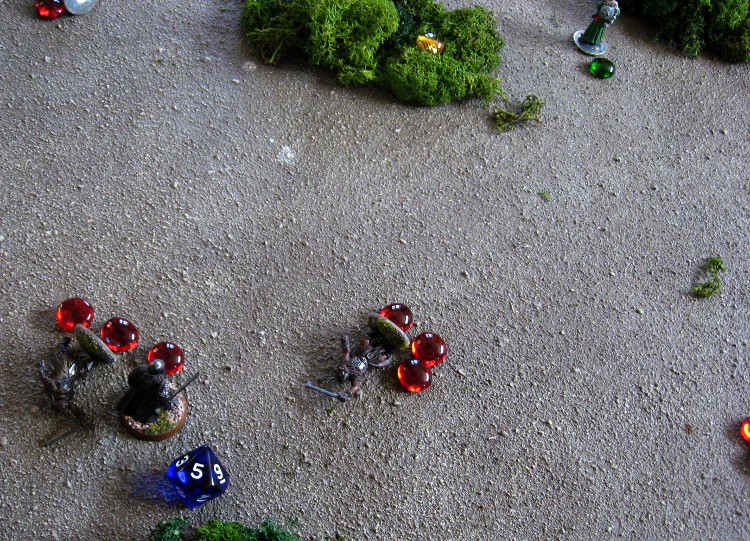 Rhagador was beset by the Horde of Orc Warriors, and he had to roll against DL11 (8+3). 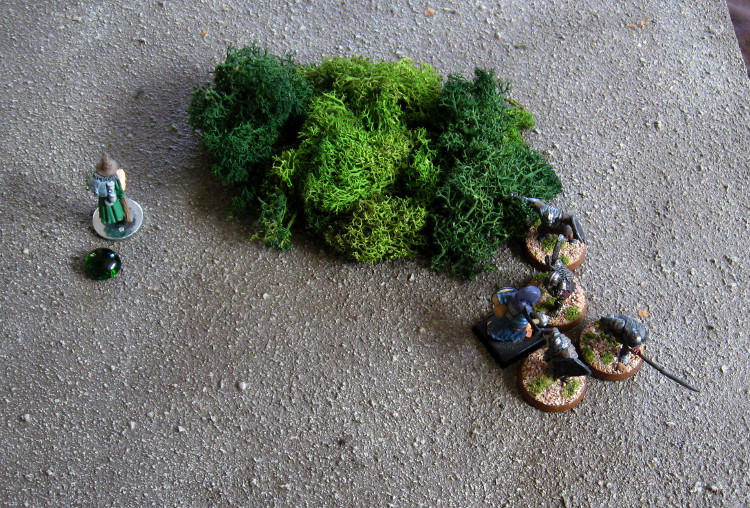 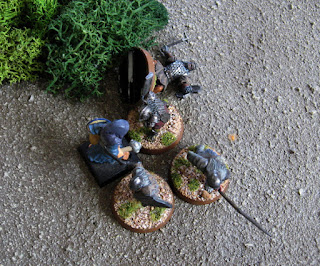 With a roll of 19, one Orc was despatched, but with no Actions to peruse, Rhagador still was in a tight spot! 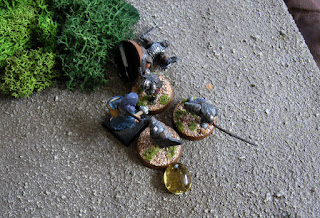 The last Event doubled the Treasure of one of the Orc Warriors.

It would not make Rhagador rich, but 'many small streams, a river maketh'.

Now, if he could just get rid of those obnoxious Orcs... 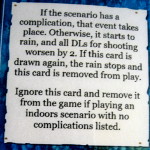 Never the less, he still triggered an event, and it stopped raining!

With his single action, the Fighter left the area, and Shaggram and Rhagador now had to face the remaining perils of the Troll-infested wilderness all by themselves (not that they had not dealt with all opposition up to now, anyway...)
Posted by Argonor at 21:42