We left Rhagador the Righteous pummeling an Orc Brute with his mighty mace.

Nearby, Shaggram was muttering an incantation - having spotted another Orc Brute threatening to block his path, and wanting to be certain to be able to blast him with a Fireball, and keep moving, rolling three Activation Dice seemed the way to do so.

Unfortunately, Fate had other plans, and a '4' on one of the dice triggered an Event Card. 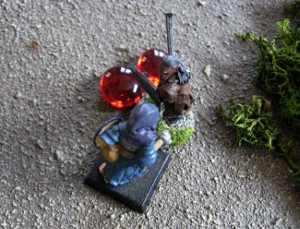 The closest Monster was the Orc Brute fighting Rhagador.

The Orc swung his crude sword, DL 10, and as only the Player rolls dice, a D20 had to be rolled against that.

Rhagador, however, swung his trusted shield (Lvl 1) up in an attempt to deflect the blow.

A Shield Roll is against the DL of the Foe, and the roll is at + Shield Lvl.

Rhagador rolled an '11', and blocked the blow.

That was too close for comfort!!

The Event cleared, Shaggram could now focus on unleashing the magical energies swirling around him 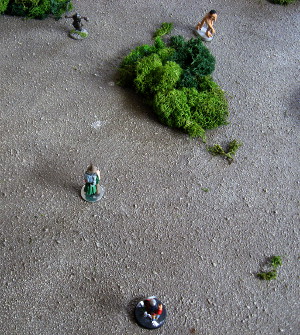 To cast a spell, the Wizard must roll against its DL, in this example DL 10.

Shaggram rolled a '13', and the Fireball soared from his hands.

For the Fireball to do Damage, the Wizard must then roll to hit at +4 against the DL of any target within 3" of its point of impact - in this instance DL 10 (EDIT: Orcs are Vulnerable to Magic, so the DL in this instance actually is only 7), needing 6+ (EDIT: 3+) to do DMG 2. 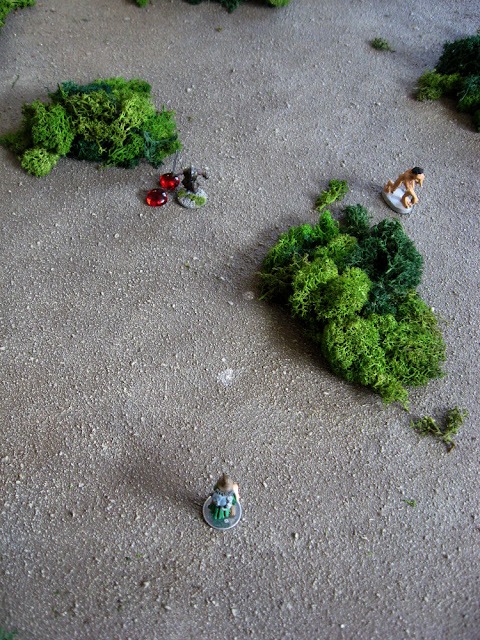 Rhagador the Righteous seized the momentum by rolling three successes on his Activation Dice.

His first action was to strike back at the Orc Brute (DL 10), and rolling a '15', he dispatched the ugly bugger who died with a snarl.

Rhagador looked around him, and noticed Shaggram still limping from the unfortunate encounter with the poisonous bramble. 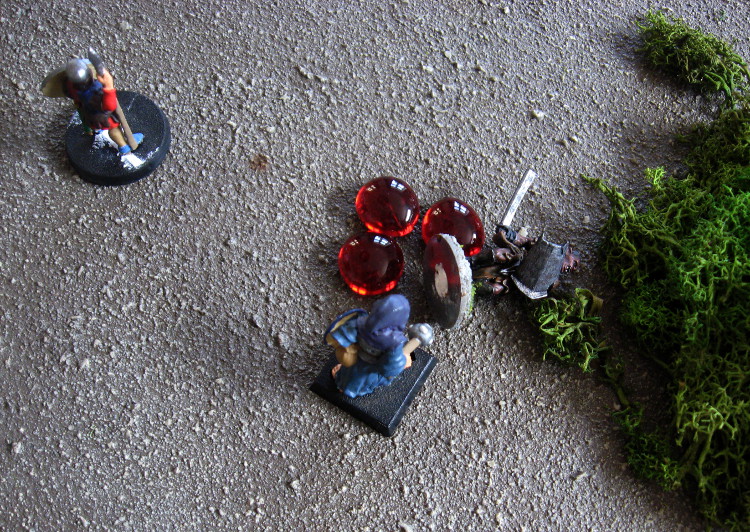 Being a skilled healer, Rhagador decided to run up to Shaggram, preparing to mend the Wizard's wound. 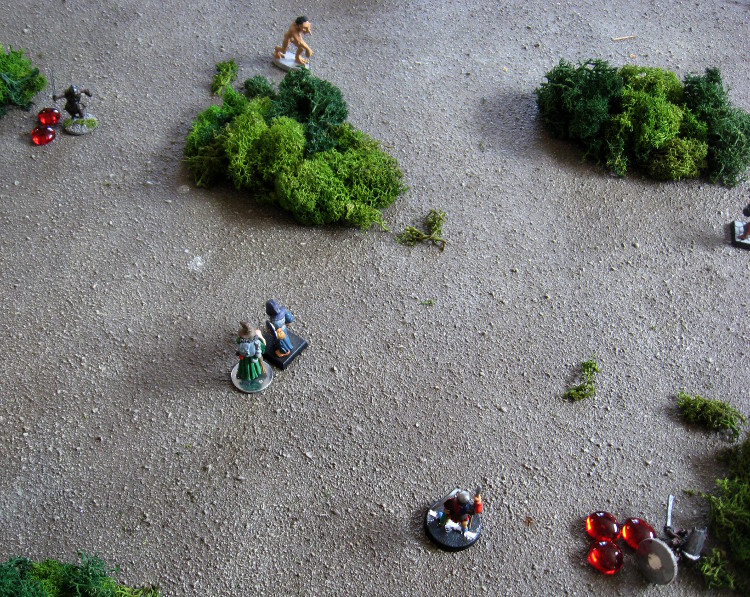 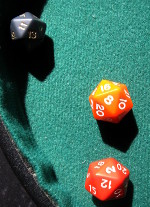 Finghal the Sober felt inspired by the Cleric's success.

With three actions, he was able to sprint forward and match Argesïl's advance. 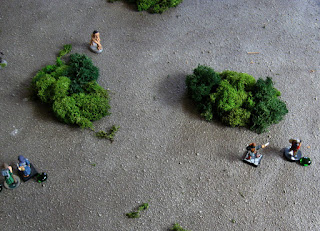 The party had now effectively split into two groups - something the Adventurers' Guild strongly advise against, but neither Argesïl nor Finghal seemed to trust testing their martial prowess against the brutish Foes, whereas both Shaggram and Rhagador seemed to feel confident in their abilities.

Argesïl, obviously wanting to put as much distance between himself and the Orcs as possible, rolled three Activation Dice as well.

One die failed (a '2'), which would normally mean that an Event Card must be drawn, but another result was '20'.

A '20' can be used as two actions, OR the extra action can instead negate a failed roll.

Fearing an Ambush, Argesïl decides to cancel the failed roll, and then makes a dash of two actions for the far edge of the table. 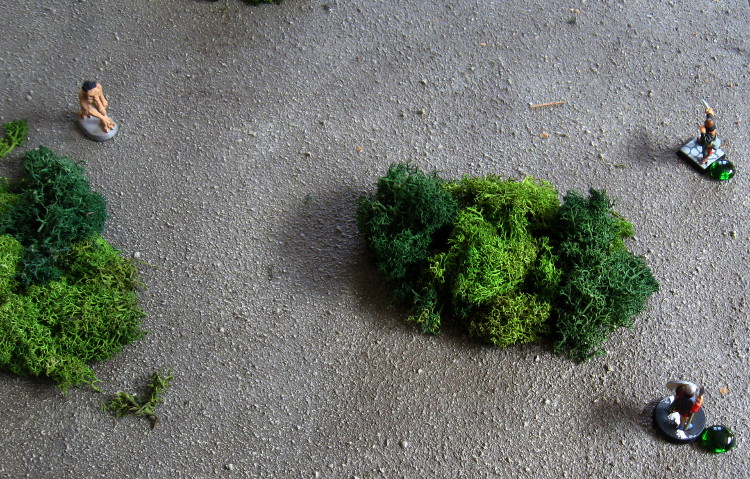 This concludes Turn 2, and as it is getting a bit late here, and I need my sleep to recover from a nasty cough (been at it for almost five weeks, and I had an x-ray examination of my lungs today), I shall now also terminate this post.

I expect to write the next part tomorrow, so stay tuned for more SS&SS action!
Posted by Argonor at 22:10