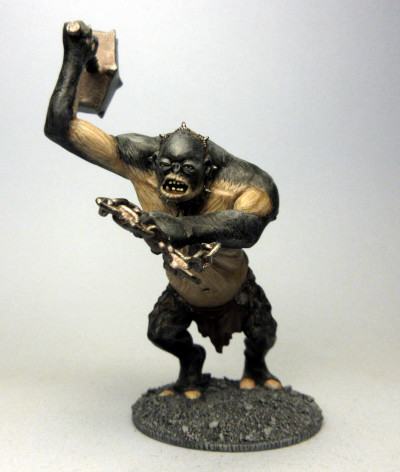 I also managed to get Tiny's base finished for tomorrow's game.

I expect him to be found in the midst of the action, probably taking on Boromir and/or the Knight of Dol Amroth, and it will be interesting to see how he fares against those Human heroes!

In about 12 hours, Emil and I should be stooped over the Age of Fantasy Skirmish table in Argonor's Attic, rolling dice and probably enjoying a beer or two, and with 250 points a side, a game probably lasts for between one and two hours, which would give us time for a re-match if we feel like it.

But that is for tomorrow - now I shall soon be turning in for the night to get some sleep and be fit for tomorrow's ordeal! 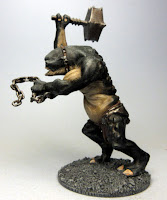