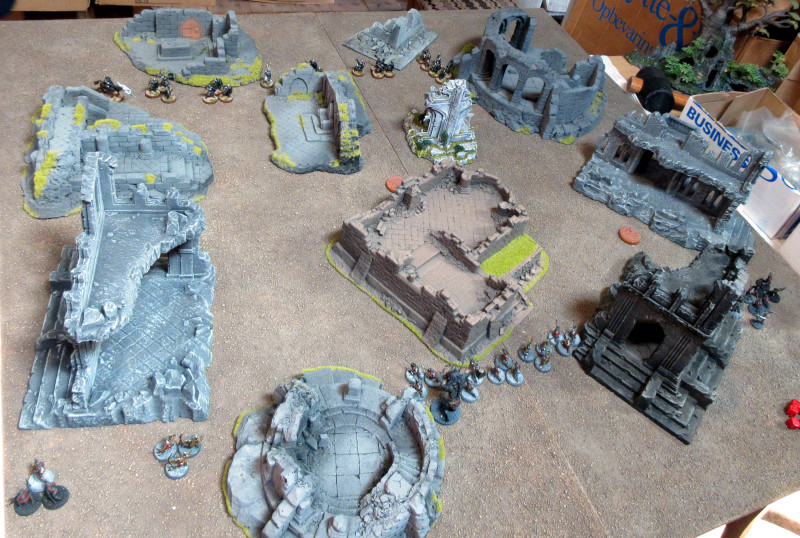 We played 350 points right after a short trip to the local store for a cold sixpack. This time the Objective Roll yielded only 3 Objectives, and they were distributed evenly across the table. 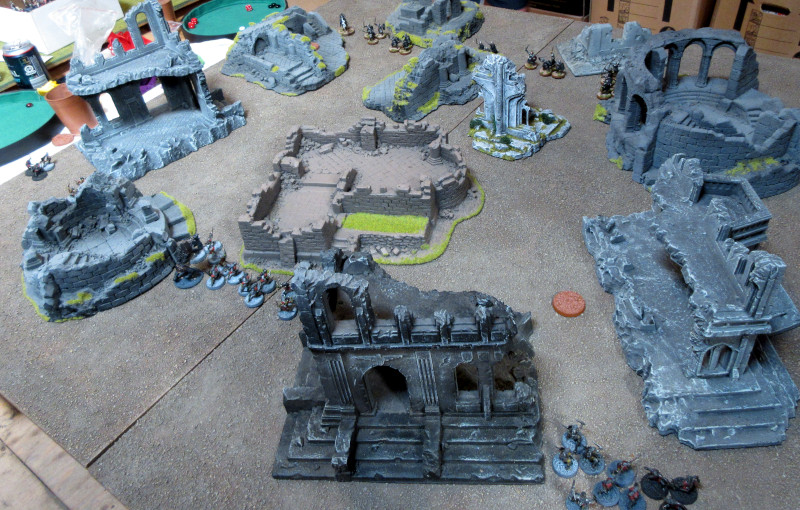 I quickly seized the Objective on my right, while Emil moved fast to control the other two. I then pushed forward with my Cave Troll and a bunch of Goblins between the center and left Objectives, making it possible to go for either.

At the same time, a single unit was running fast forward on my extreme left to outflank the enemy. 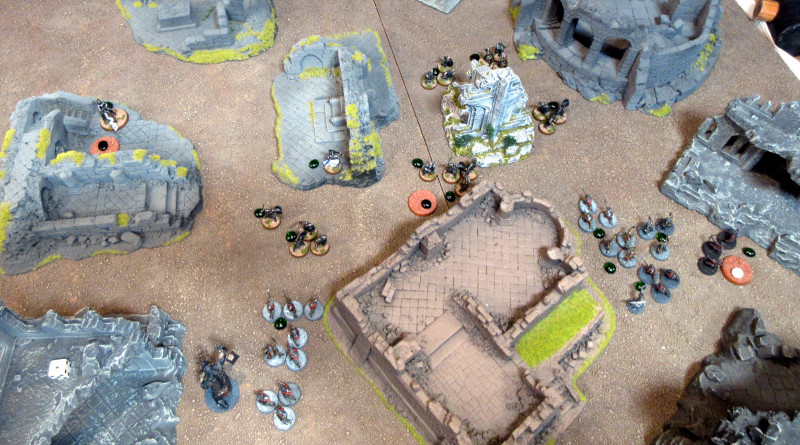 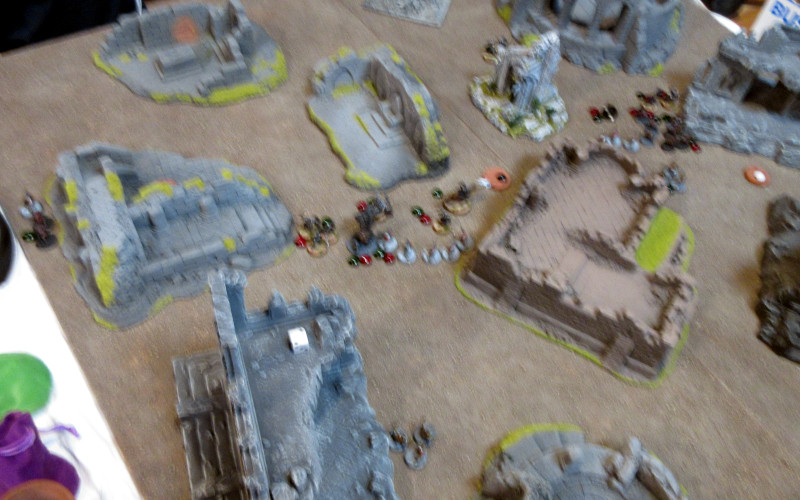 The Minas Tirith Knight succeeded in skewering Tiny on his lance, removing him from the equation, and I was pretty certain, I had now lost the opportunity to take a second Objective.

At this point, though, the Gondorians had lost more than half their models, and each of their units on the table now had to take a Rout Test. As most of the units have a Quality of 5+ or 6+, the Gondor Force crumbled right away, which was kind of meh... 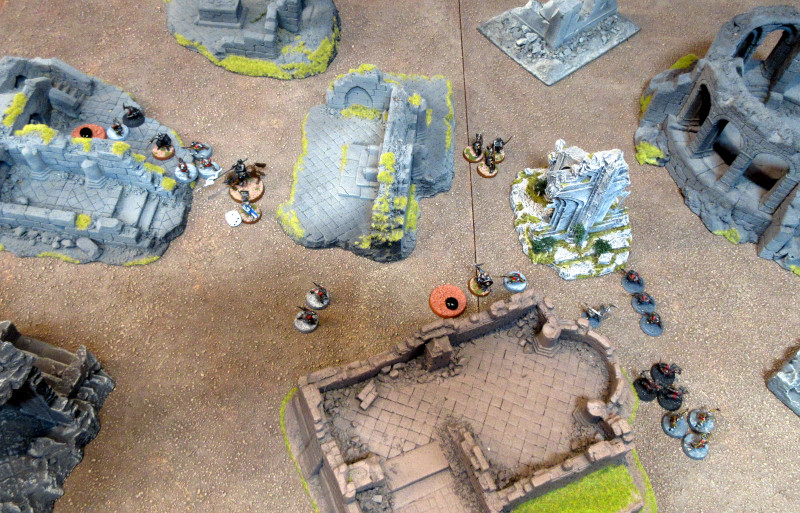 This was the first time I encountered the Rout Test, and I must say, I think it is far too brutal.

Heroes, per the rules, provide a re-roll of any results of '1' for models within 6" of them, but this is still not good enough, I think.

My suggestion will be as follows:

Each Hero within 12" of a unit provides one extra dice for Morale Tests. That means that a unit within 12" of one Hero would roll two dice and pick the best result for the test (three dice if within 12" of  two Heroes, and so on).

The unit may re-roll one failed dice for each Hero within 6" (not only results of '1').

This way it is possible to bolster the ranks by spreading out the heroes among the common troops, and being close to a Hero will actually strengthen the resolve of the warriors.

We shall have to try this, of course, before we put it down as a solid house rule, but I really do not like to win a game by default, because my opponent's army is smaller.
Posted by Argonor at 22:18