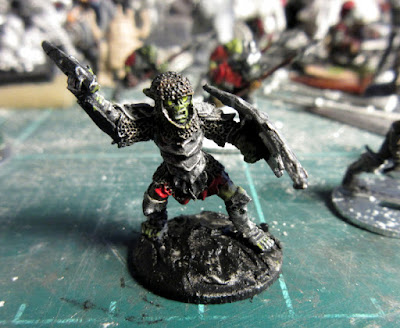 As mentioned, I am re-basing some Moria Goblins for an Age of Fantasy Skirmish hunting party.

This metal gobbo (not painted by myself) is going to be the Boss of the party, while the spear wielding pests shown below are 1/3 of the rabble I am going to have in the warband (I painted the three clad in brown rags, not the other ones).

There will be another group of spear warriors, two groups of sword warriors, and one group of archers, in addition to the Cave Troll I posted yesterday.

The Boss and the Cave Troll are probably the only figures I shall have more or less ready for Thursday, but I have plenty of painted goblins still on slottas to fill the ranks of the troglodytes for now. 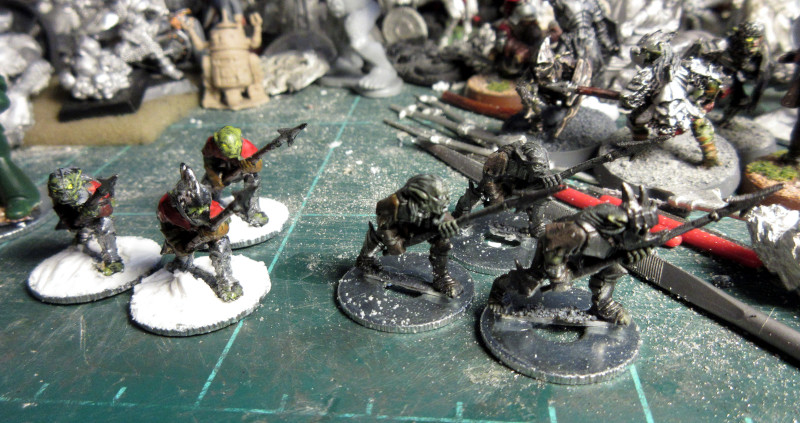