Frodo's Quest: Ranger of Ithilien, Rebased and Touched Up 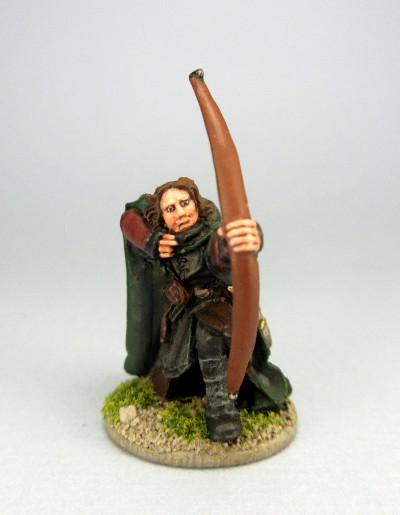 I painted this guy quite a few years ago, and he had suffered some battle damage and also needed a new base.

I did some paint repairs, mainly on the cloak and leather doublet, repainted the bracers and his skin, and also gave him his first set of eyes, ever.
I think he will now do for the table.
As previously mentioned, I have dug out all my Ranger minis, and I am prepping some of them 'on the side' as I want to get more ready for some gaming, also Warlords of Erehwon for which I need at least five (which I actually already have, including the two old Ithilien Rangers and Aragorn). 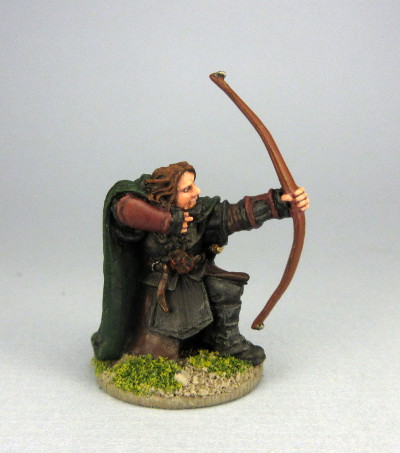 I have his standing and nearly identical twin on the pain(t) station right now, for the same treatment - if everything goes to plan, I shall have him finished by tomorrow evening. 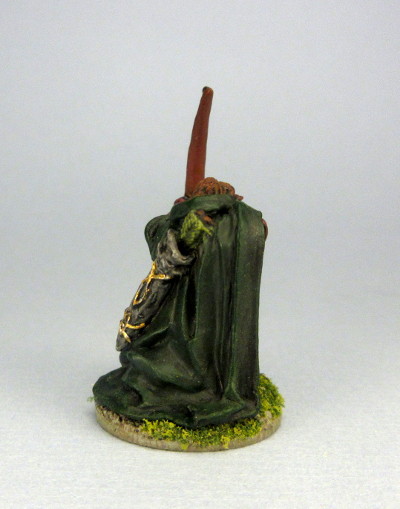 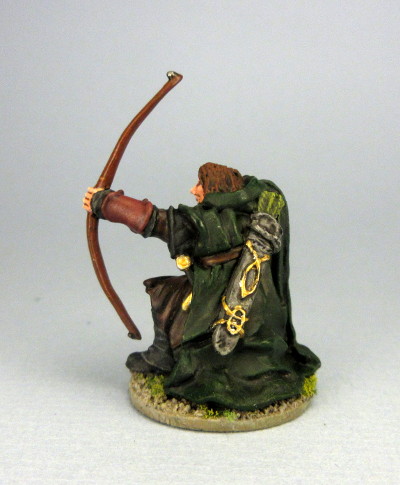 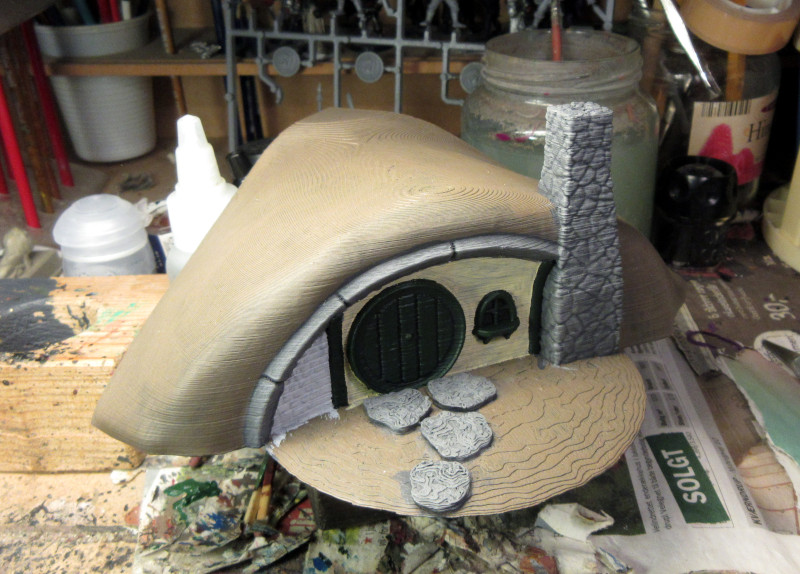