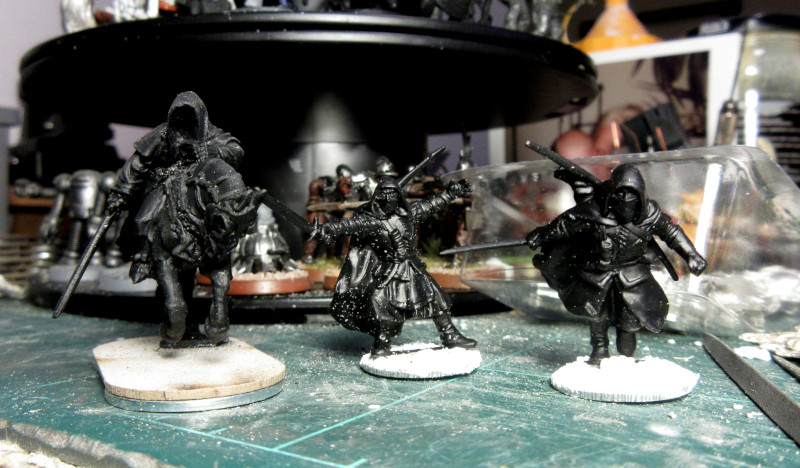 I have been doing some work on my 'little' side project each day this week, and of course I have some progress to show for it.

Today, I rebased a couple of them rangers that I need for the first scenario I am planning (I actually considered getting some of the ranger minis done by North Star for Rangers of Shadow Deep, but common sense prevailed, and I went for some of the minis I already own).

I also for the first time rebased a cavalry model onto one of the pill-shaped MDF/washer cavalry bases I have constructed - one of The Nine, searching the Shire for Baggins.

I also cleaned up, based, and primed some spare copies of Frodo and Sam (from the first Fellowship boxed set) that I have from one of the second hand lots I bought years ago.

I primed them white because I am going to paint them with Contrast Paints, to try those out, but I have already realized that some colours will have to be done with traditional paints - especially the skin, as the Contrast Paint skin colours end up way too dark (the photo shows the colours somewhat less dark than they appear in the flesh, so to speak.

I used Darkoath Flesh on Sam, and Guilliman Flesh on Frodo; neither with a satisfactory result. I never the less expect to be able to paint most of both minis with the Contrast Paints, apart from the skin and the metal parts. 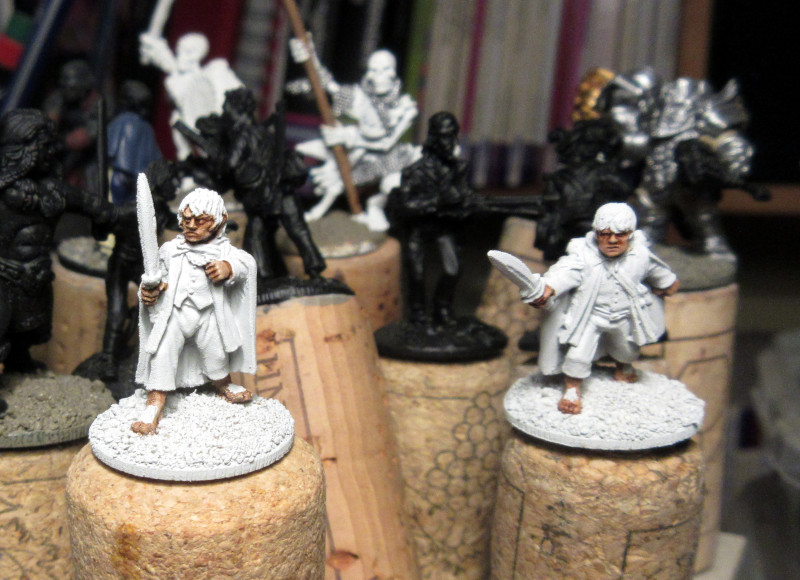 I am going to paint Frodo's dagger as normal steel, not glowing blue, as in the movies he did not receive Sting, and the Mithril shirt from Bilbo until meeting him in Rivendell (I cannot recall if Bilbo left him those items in Bag End in the book, I shall have to read the books once more  to brush up on the trivia).