Rhagador triggered a single Event, which activated the 'original' Troll, and the Monster blundered further to the North.

Rhagador then hurried towards the table edge, weary of fighting the Orcs, and hoping to avoid further combat. 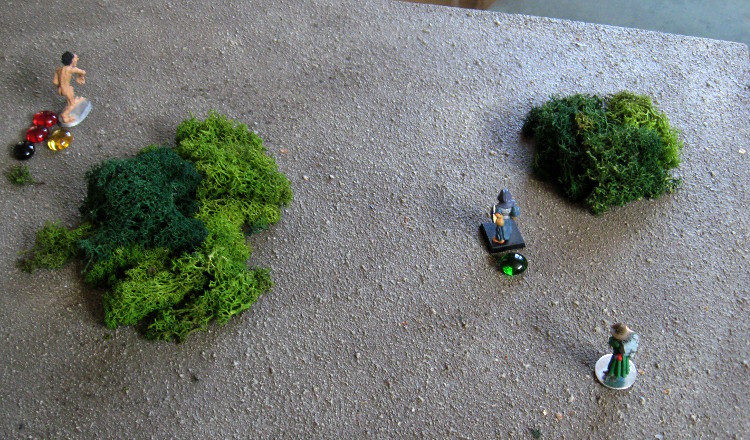 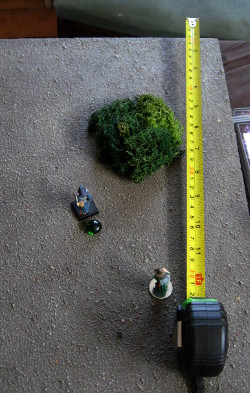 Shaggram got three full Actions, and he ran off the table.

I forgot that his Speed was reduced by one, and he should stopped two inches from the edge - but in retrospect I think it just evened out the couple of times I played an extra Event Card by mistake.

I only became aware of that error after finishing the game, so I just had to let it stand.

It was now time for

Alone in the Badlands, Rhagador wanted to make his way to safer grounds as quickly as possible - but he must have upset some higher powers, and triggered two Events.

The first was Mana Flux, which would have no effect on the game with no spellcasters present, so I simply ignored it. The second activated the Troll, which now, all of a sudden, seemed to have noticed our lone adventurer... 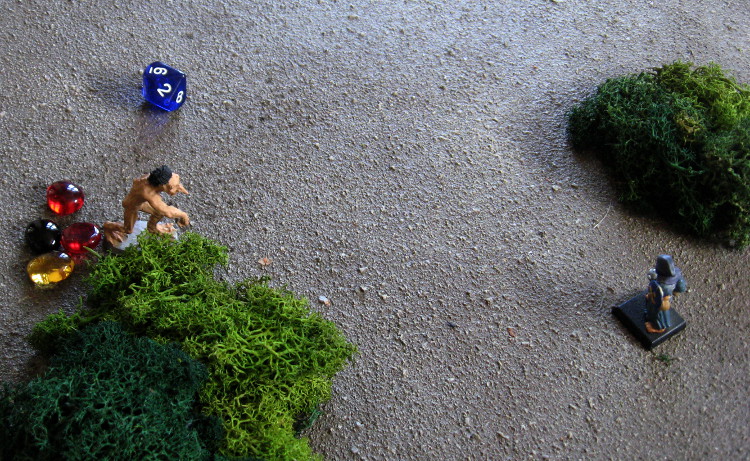 Of course, Rhagador then hurried towards the table edge - fighting a big bad, regenerating Troll all on his own was definitely NOT on his bucket list right now! 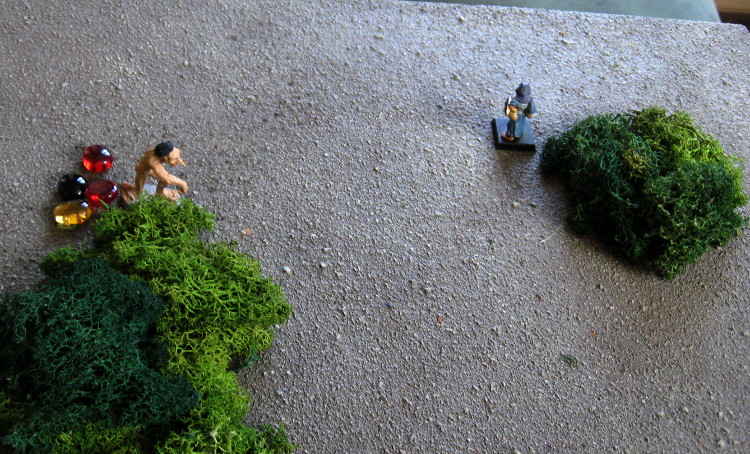 This brings us to 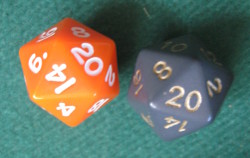 Rhagador missed one of his Activation Dice, but as he also rolled a '20', he opted to cancel the Event, and two actions were enough for him to exit the table.

The objective, moving from one side of the table and off the opposite, was met, and the party gained 4 XP.

No individual XP were gained, as no Wandering Monsters were slain in hand-to-hand combat.

Rhagador collected a meager 14 XP, and two Cheap Swords which he may sell off for some additional coin.

How the XP are divided, and what the party members did after the scenario, I shall muse about in a separate post.


I think that is it.

If I find the time tomorrow, I shall work out the 'Between Scenarios' actions of the party members. I have a feeling, much arduous labour will occur...
Posted by Argonor at 20:47