Rhagador focussed, and although the dice indicate three successes, I must have misinterpreted the '9' as a '6', because the notes (photographs) show that I played an Event... well. Instead of using the '20' to cancel the 'false 6', he opted to keep the extra Action (he should have had four, but now only got three, because of my blunder). 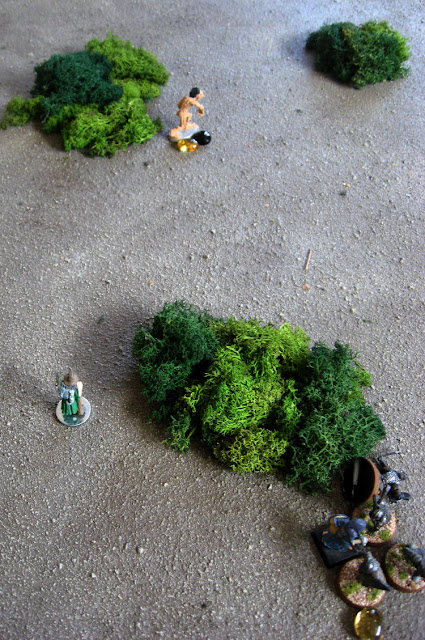 The 'original' Troll was found to be even bigger and meaner than first estimated, which I marked with a black bead.

The fight between the Cleric and his assailants continued.

First, the Orcs landed a blow, but Rhagador deflected it with his Shield.

Then once more he was almost hit, but again the trusty Shield saved him.

Finally, Rhagador landed a blow, and one Orc was dispatched. Where is a Wizard with 'Magic Dart' when one needs him...?

Well, Rhagador seemed capaple of holding his own - I cannot recommend the 'Shield' trait enough - it can really mean the difference between life and death! 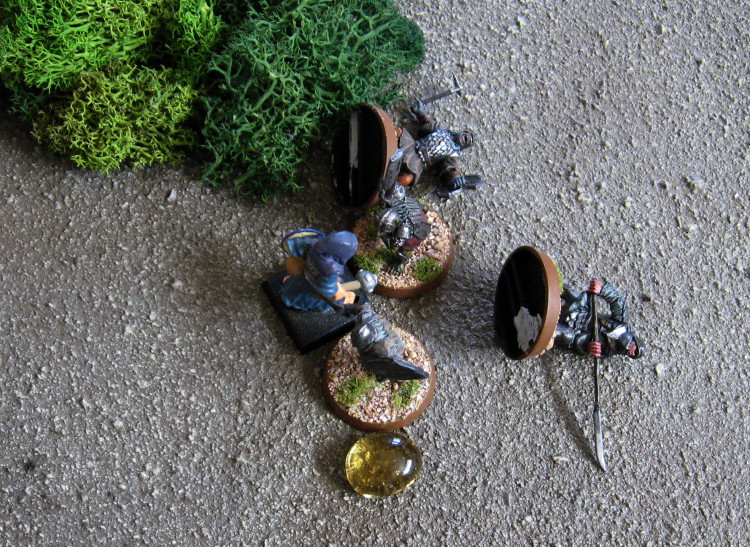 Shaggram, on the other hand, seems to have  rolled three failures, and I to have forgotten a die.

Three events should have been played, and it seems I have only played two. I must have begun to get tired at this point...

The first Event triggered an Ambush, and an Orc jumped from the bushes right at the hapless Wizard 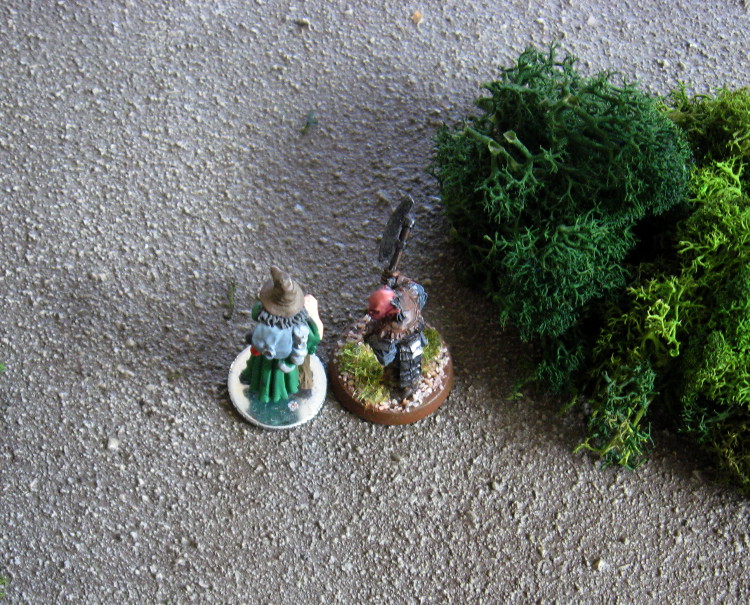 Shaggram promtly swung his staff and crushed the skull of the aggressive Orc. 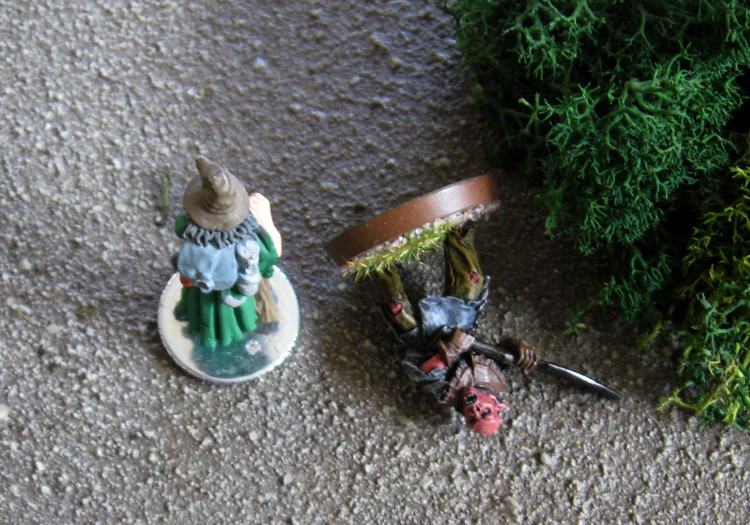 Then, all Monsters got to act.

This might be, why I forgot the last Event... 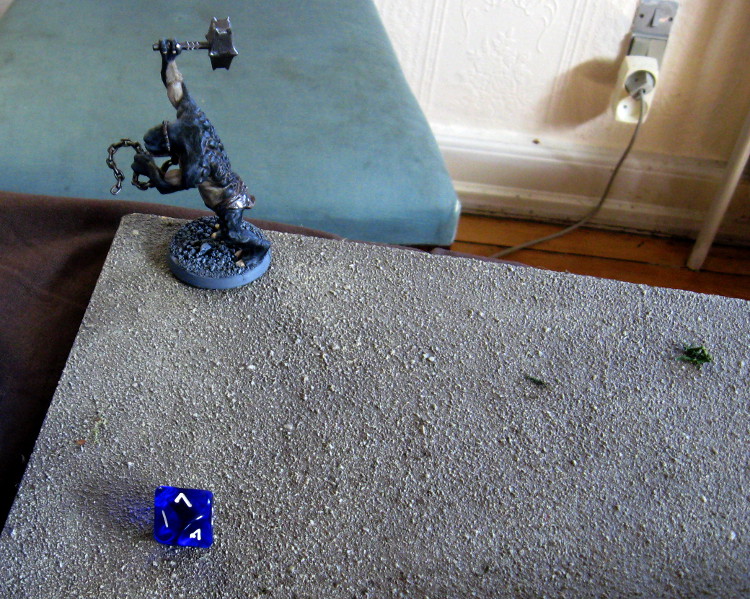 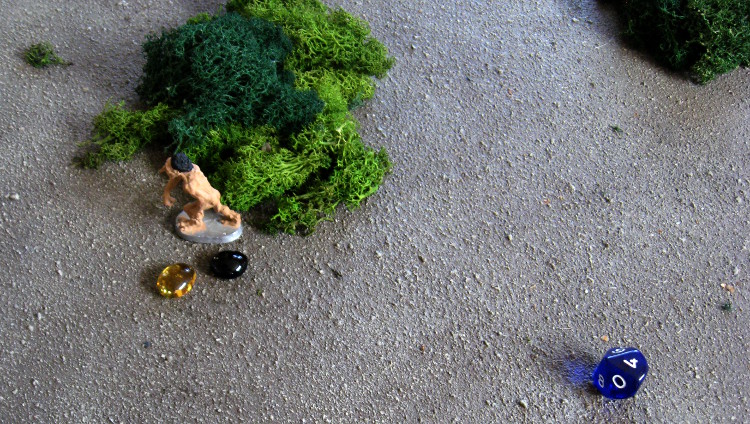 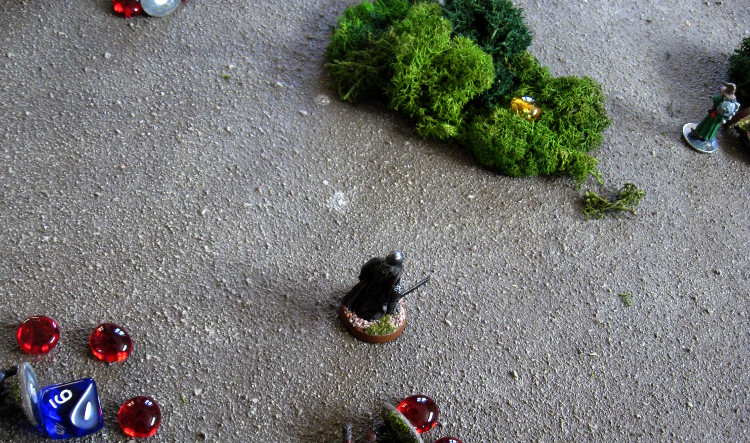 Rhagador again just avoided being hurt by the Orc Horde.

That Shield really came in handy! As mentioned, I forgot the last Event - I must make a habit of drawing all the cards before I start acting out the effects.

Turn 8 thus ended without the two remaining heroes being injured. I began to think that they might escape without any losses.
Posted by Argonor at 16:04