Shaggram the Terrible got cocky with the apparent success of the party's striving to pass this goblinoid-infested stretch of badlands, an the harder they come, the harder they fall... or something.

I am not sure what happened here, because, frankly, I do not remember, and I seem to have forgotten to take a picture of  the Monster Reinforcements (I may even have forgotten to place them - they should have arrived on the East side of the table.. 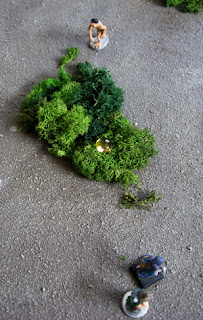 The othe Event Card was placing a trinket of some sorts on a piece of terrain - and the closest Monster, in this case the Troll, has to move towards it.

The card does not state, whether the Monster has to keep approaching the 'handy' object, but as SS&SS seems to avoid bookkeeping, I reckoned not.

With his only action, Shaggram prepared to  cast yet another Fireball, to stop the Orcs tailing the party-

On a roll of 15, the Fireball bursts forward, and engulfs the four unfortunate Orcs!

As mentioned earlier, Orcs are Vulnerable to Magic, so instead of DL 8, Shaggram rolls against DL 5 to actually harm the Monsters. 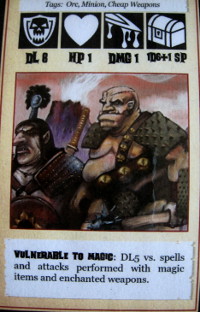 As can be seen, all four rolls 'to wound' easily beat the DL 5 of the Orcs, and ther was grilled meat on the menu.

Shaggram giggled to himself while checking his supply of spell components (not a game thing, just for flavour). 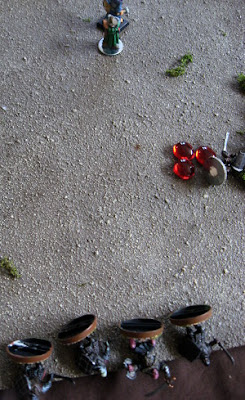 During this phase of the game, I seem to have been a bit absent-minded. 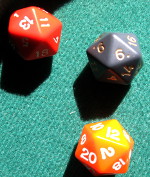 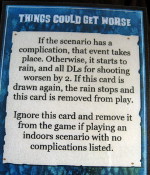 When Rhagador triggered two Events, I seem to have played only one - and it meant that it began to pour down, reducing the effectivenes of ranged attacks, which really did not matter for this scenario.


The state of affairs after Rhagador made his move: 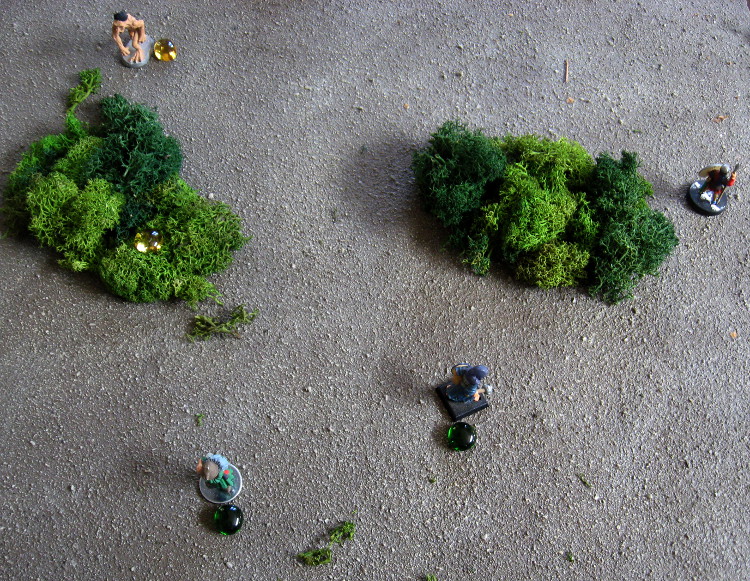 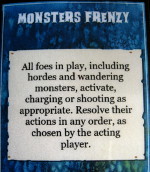 Argesïl the Cunning still seemed in a hurry to get the hell out of there, but he did trigger a single Event - Monsters Frenzy!

With many Foes in play this card can spell doom for the unwary adventurer, but as Shaggram and Rhagador had already thinned the lines of the Orcs, and the Troll was still blundering about, nothing severe happened. 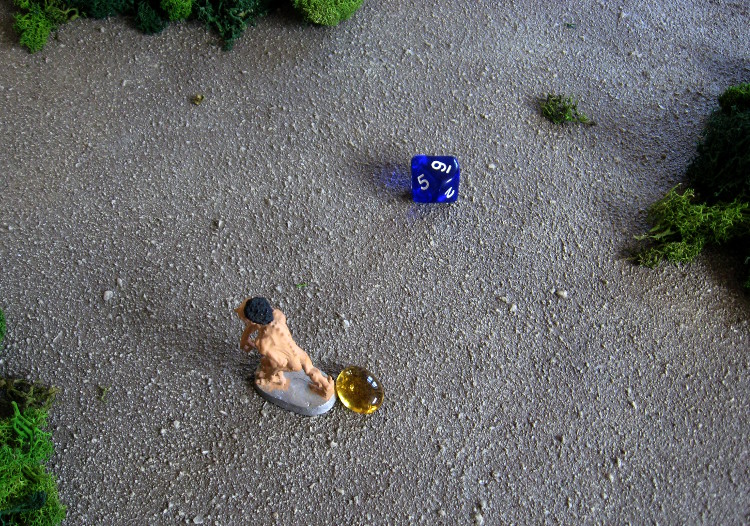 These two Brutes moved closer to Shaggram, who just waited for a chance to unleash Hell on them. 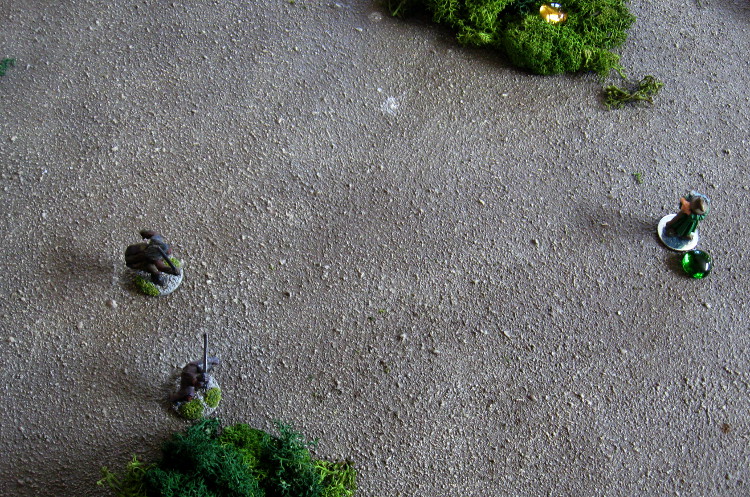 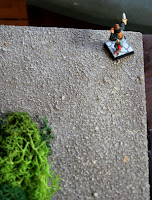 With his two actions, Argesïl moved within spitting distance of the far table edge.

Now, if no Wandering Monsters would appear to block his path, or another mishap happen, he should be safe...

Finghal, trying to catch up with Argesïl, slipped, and triggered two Events.

The first one... a Wandering Monster! 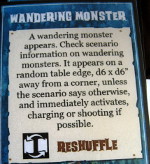 Rolling a 6, a Troll would appear on a random table edge,
and counting the South edge as '1', I rolled a D4 to determine the table edge of entrance.

A '3' meant the North edge - would the Troll thwart Argesïl's attempt to escape the badlands?

No, luckily the D6xD6 roll to determine the exact point of entrance placed the Troll nead the opposite corner - and it even moved further away on its random direction move. With only one action left to move, Finghal was looking enviously at Argesïl's apparent escape. 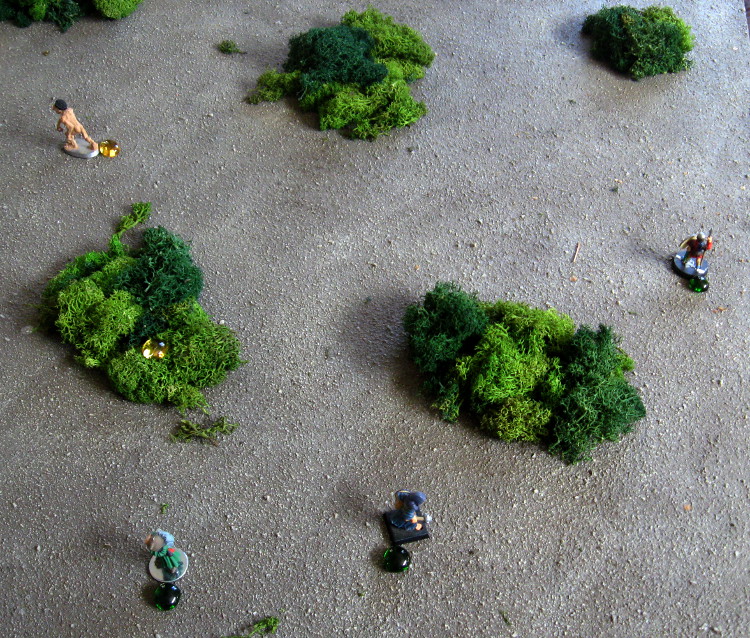 Another turn ended without our heroes sustaining severe injuries. Could they keep foiling the intents of the orcish hordes, or would the turmoil summon too  many foes for  the party to overcome?

Do you want to know more?

Later today, or tomorrow, I shall continue the tales of the four intrepid adventurers.
Posted by Argonor at 16:26