Shaggram the Terrible negated the '3' with the '20', and opened up with yet another Fireball, aimed between the two Brutes closing in from West.He succeeded in casting the spell (12), and then rolled against the Brutes' Vulnerable DL7 with the usual +4 to hit.

On '19' and '11', both Orcs sustained 2 DMG, and were now considerably softened up for a potential melee. 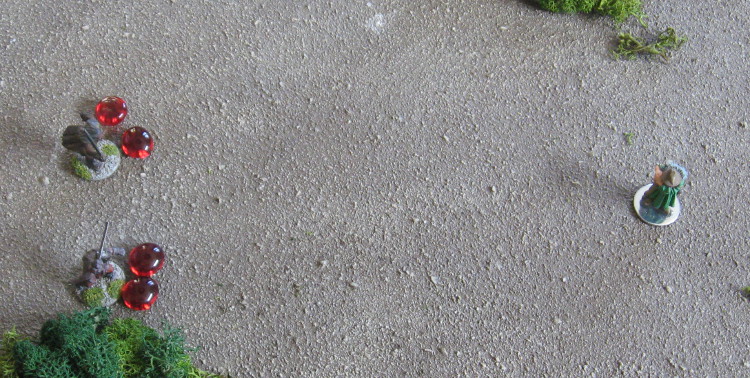 An overview of the lay of the lands... 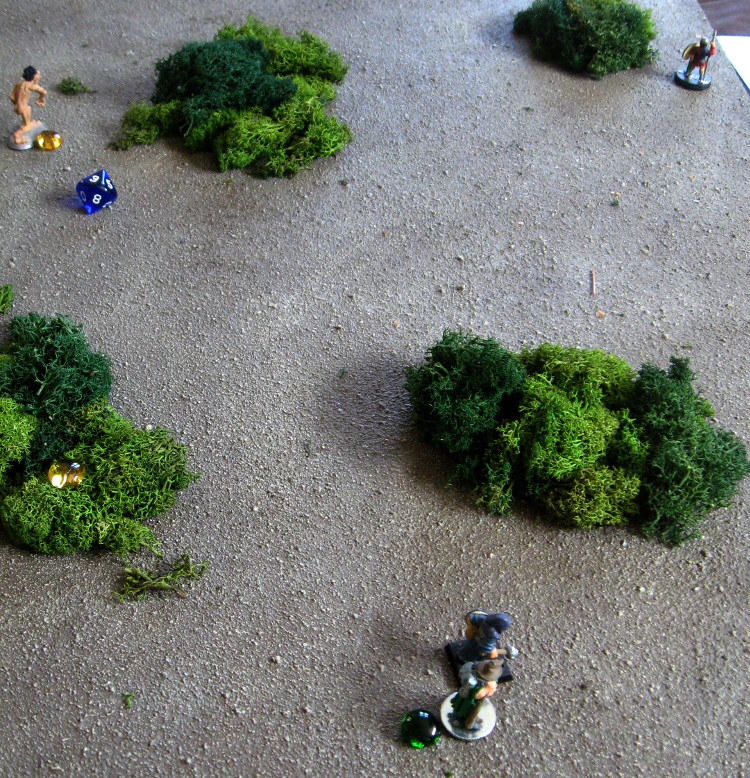 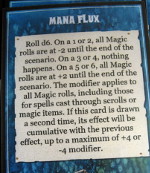 Rhagador triggered two Events (the dice did NOT particularly favour the adventurers' Activation Rolls during this phase of the game).

The first heralded a shift in the magical energies, but a '4' meant nothing happened.

The other Event Card activated the Monster closest to Rhagador - on of the Orc Brutes just scorched by Shaggram. 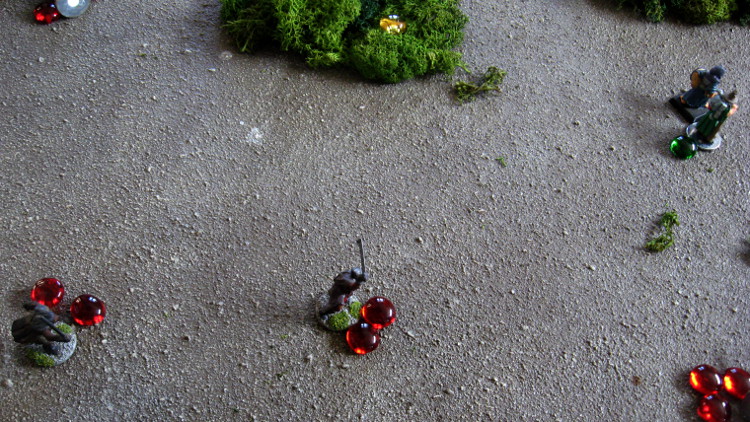 Rhagador used his only Action to move in th eopposite direction of the Orcs.

The first made the oblivious Troll frolic a bit more around, it seemingly had caught a scent this time, though..? 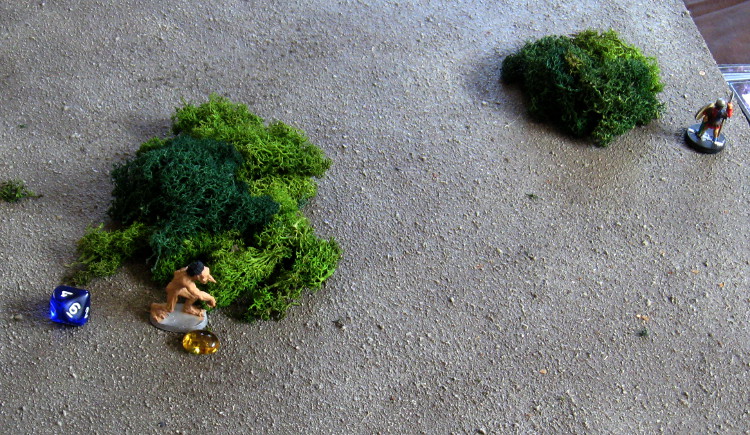 Then another Orc Horde arrived from the East(!)

Seeing them, Finghal used his only Action to move closer to the safeness of the board edge. 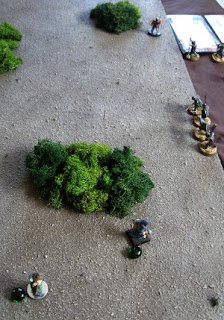 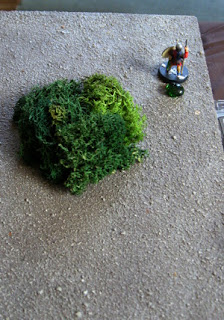 Only a single Action's worth of movement away from the promised Land of Peace and Quiet, Finghal started looking for Argesïl's footprints, hoping to catch up with him soon.

Turn 6 had now passed, without any harm coming to our heroes, but the newly arrived Orcs posed a potential threat to both the Cleric and the Wizard, if they wanted to make their escape along the East edge of the table...