In between coughing fits (I saw my GP this afternoon, and he advised me to go for an x-ray of my lungs tomorrow), I finally got a game of SS&SS played this afternoon.

I am going to report the game in minutiae, to show the mechanics of the game - AND help myself memorize as much of the rules as possible. Next AAR will be less detailed, but for now you will have to bear with me.

My starting party consisted of the following Player Characters:

In retrospect. creating a Rogue character like Argesïl probably was not the most clever thing to do, as there is no indoor/dungeon scenario in the main rulebook, but I got carried away by the Dungeons & Dragons vibe of SS&SS, so here we are...

I decided to play the Basic Scenario 'Through the Badlands', as it seems the most simple one.

Finghal passed his Heavy Drinker Roll, and after random deployment of the Monsters, the initial setup looked like this:

Shaggram, being the formal leader of the party, obviously startled by the appearance of the Orc brute just in front of our heroes, made a nervous grasp for the initiative.

Rolling two Activation Dice (needing '8' for success), only one resulted in him being able to act. One failure triggers the first Event Card.

Preoccupied by the proximity of the Orc Brute, Shaggram stepped on a poisonous bramble, and needed to pass a DL 10 Constitution Roll.

Ouch! Shaggram has no Traits bringing that result up to 10, and he lost 1 HP. Not the best start...

With only one action available, Shaggram decided to run for a central position with a lot of clear LOS for casting spells. 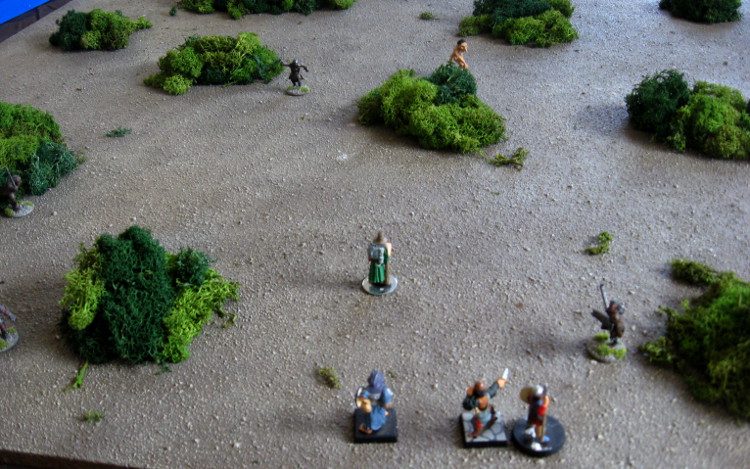 Finghal wanted to show his quality, but he only managed one success on three dice, triggering another two Event Cards.

The first one was Trap!, but as the scenario dictates that there ire no traps on the southern half of the table, the card was ignored and reshuffled back into the Event Deck.

"Guys, they are behind us!" Finghal yelled.
Four orcs had obviously been tracking the party for a while, and now decided that the presence of some Bosses was a good reason getting seen.

Random deployment placed the Horde just on the heels of our heroes, and things were beginning to look a bit tight. 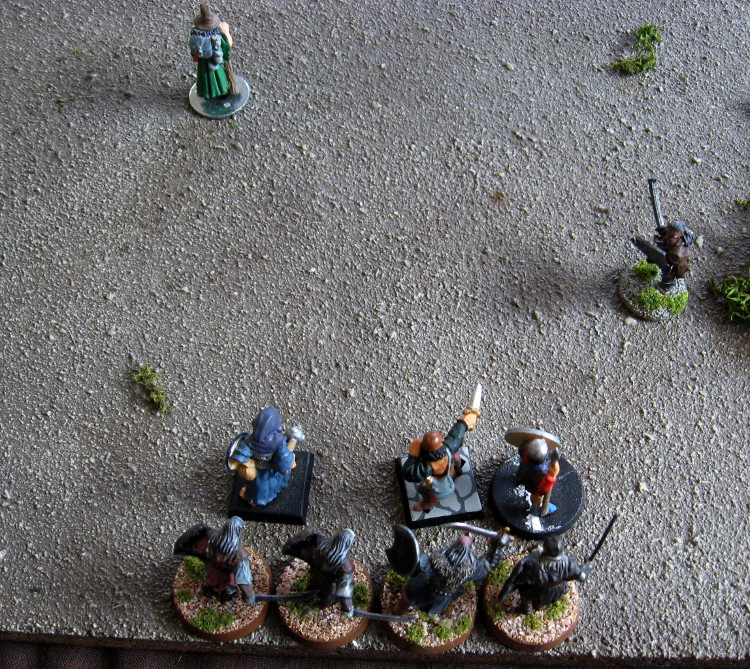 Finghal decided thet cation was the better part of valour, and joined Shaggram. 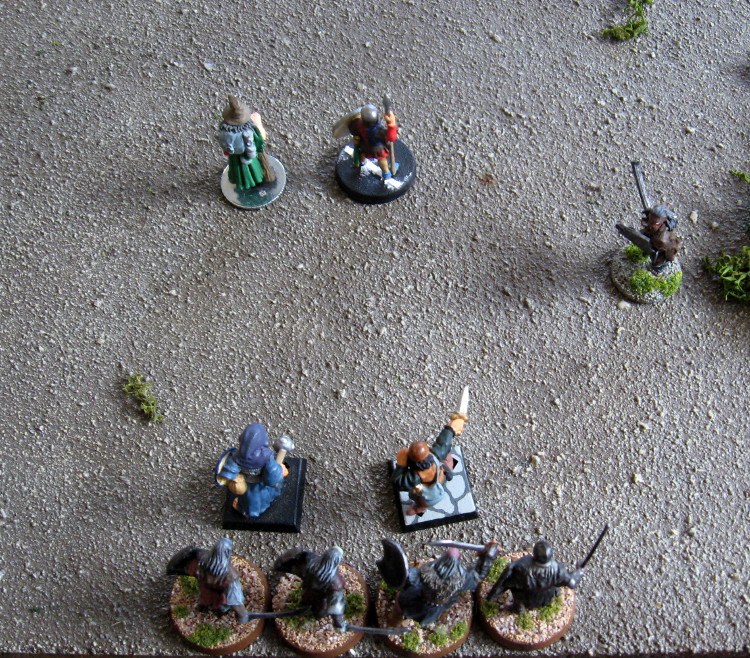 Argesïl the Cunning composed himself, deciding that things were heating up too much for his liking.

With three successful Activation Dice, he was able to sprint past the Orc Brute away from the newly arrived Orcish Horde.

Rhagador felt some pressure, now, his companion leaving him the only target of a potential Orcish attack. 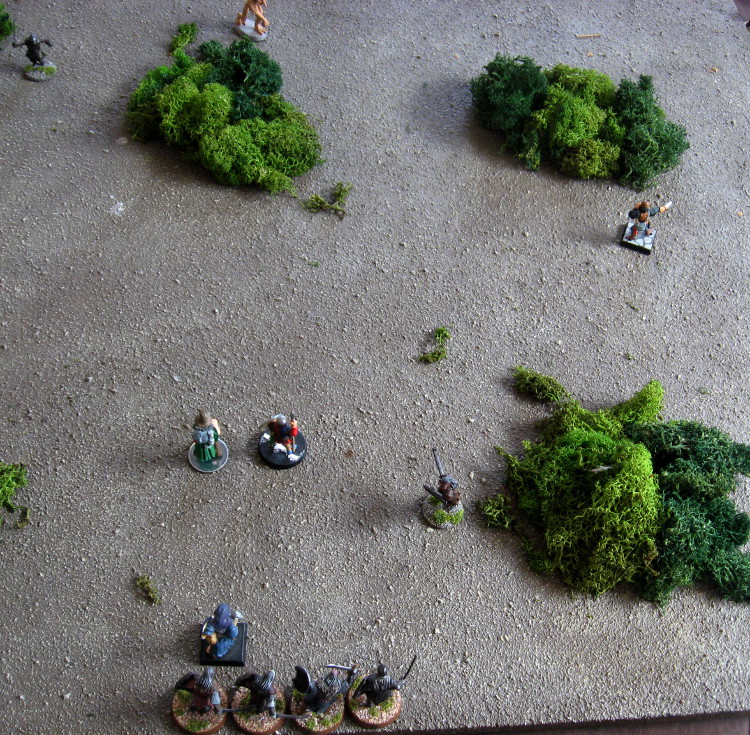 Muttering a prayer to the Dice Gods, Rhagador activated, and behold, the Gods favour the pious!

Rhagador the Righteous seizes the moment and attacks the Orc Brute, landing two mighty blows with his heavy mace! 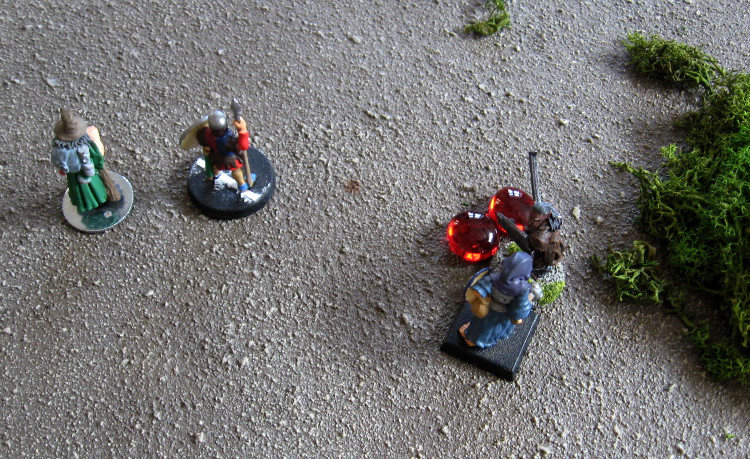 Will the adventurers brave the perils of the Badlands? Stay tuned for Part 2 of this - somewhat detailed - game report!