Rhagador once more failed on two out of three Activation Dice, and the recently arrived Minion Horde started moving across the table (ever so slowly). 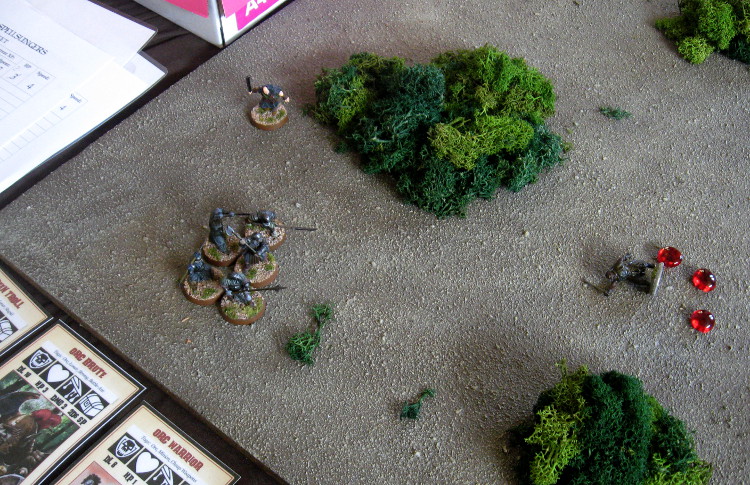 The next card had all Monsters on the table activate. 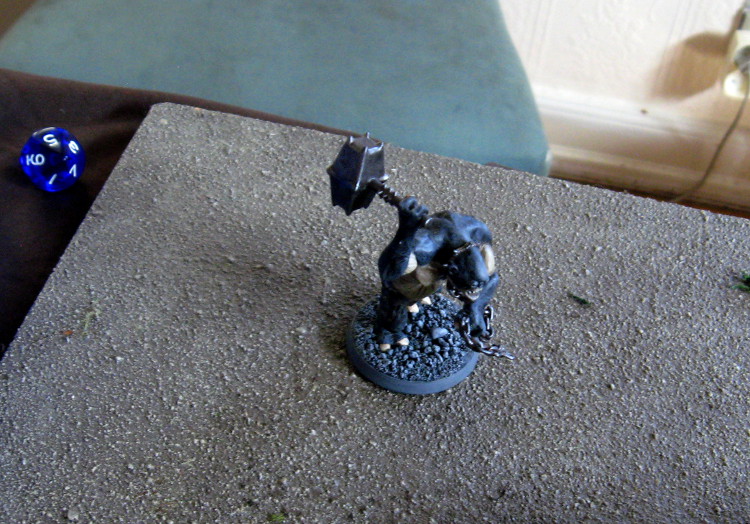 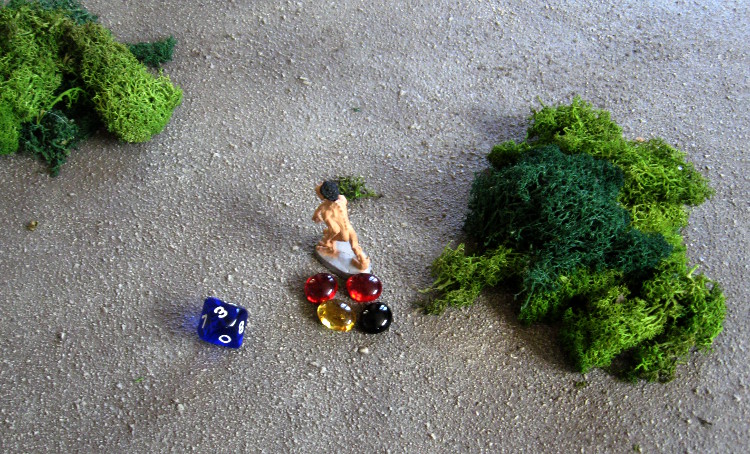 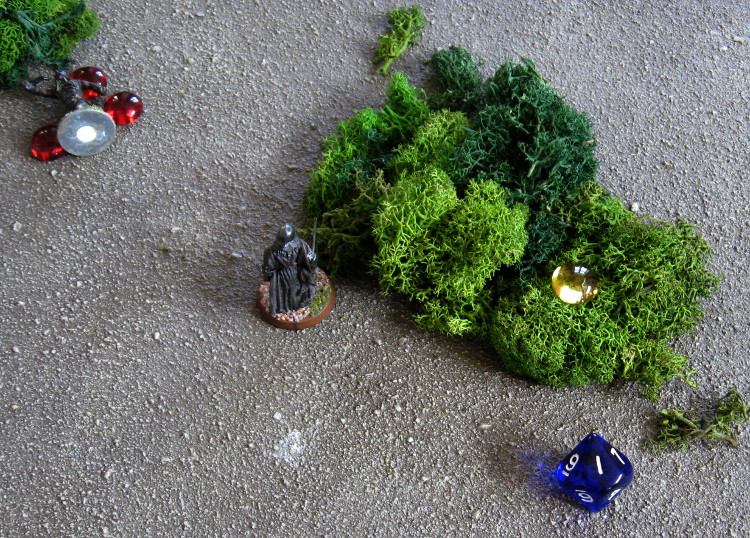 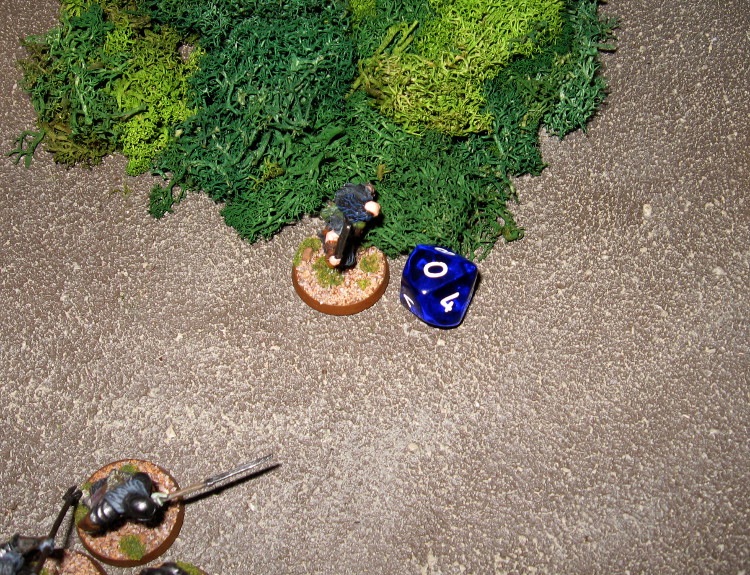 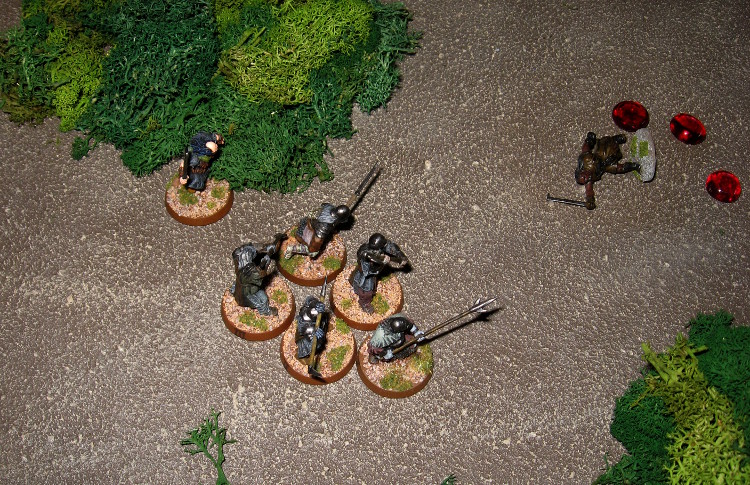 With his only action, Rhagador then looted the body of the Orc Warrior with double treasure, and gained 11 SP, plus a cheap sword.

He seemed the only one actually earning something from this little adventure - in future games I think I shall have Argesïl rujnning about and do the looting, while Rhagador and Finghal do the fighting. 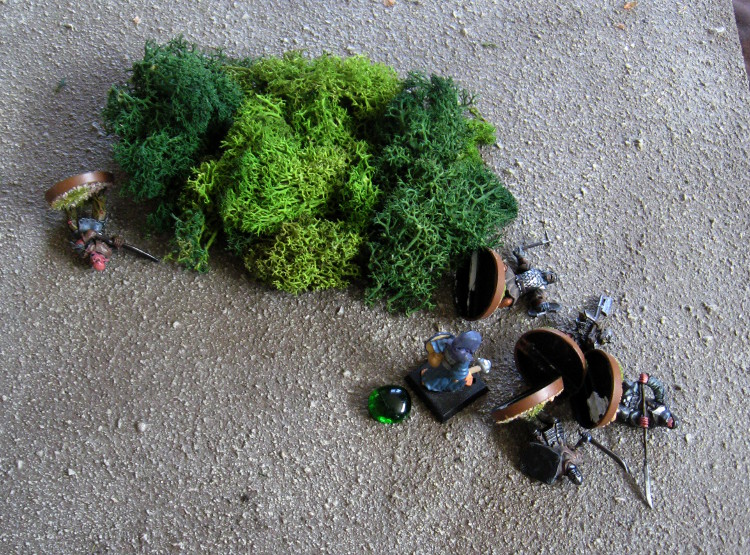 Shaggram likewise missed two out of three Activation Dice - and again the Orc Warrior Horde moved in the direction of the Wizard (already thrice this turn!). 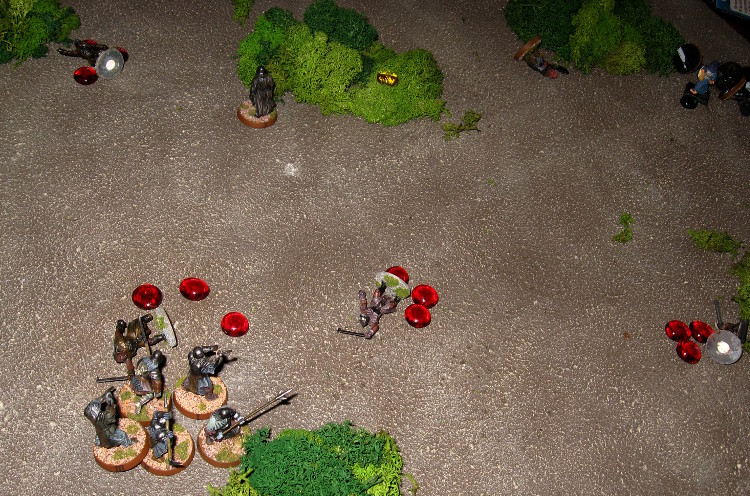 Then Shaggram stepped on a well-hidden Trap! This time in the North half of the table

When rolling to determine the type of Trap, as dictated by the scenario, a nasty Bear Trap was the result.

Shaggram again was wounded in the leg, lost 1 HP, and was knocked over. 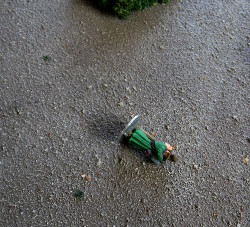 With only one action, all he could do was trying to break free, needing a '12'.
Oh well... 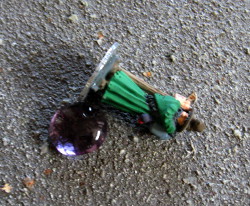 Shaggram ended the turn wounded, and prone. Would he manage to break free and escape before the Orcs could catch him (or a Troll eat him)?