This Russian army is an attempt to model something around 1800. The bicorne-wearing infantry are the Prussian Guard Jägers from the ESCI 'Prussian and Austrian Infantry' box.

For some reason lost in the mists of time, I painted one light battalion with bicornes, and one with the later shakos. 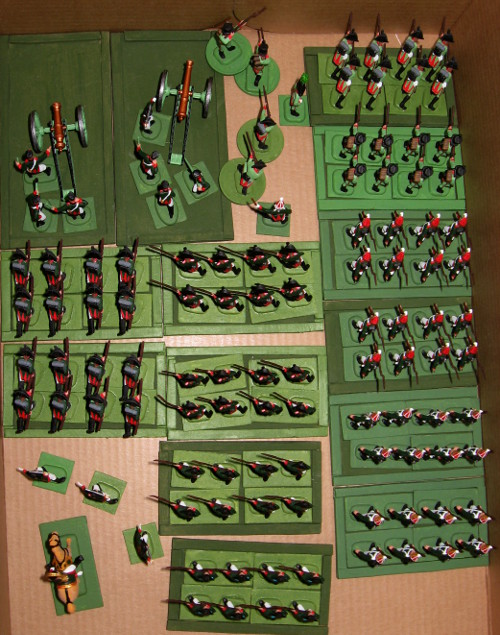 More infantry, and two Dragoon Regiments. I have no idea, why I chose such a light green for the tunics. They also have the 1805-style helmets - for 1800 I think the Dragoons wore bicornes as well, but, well... 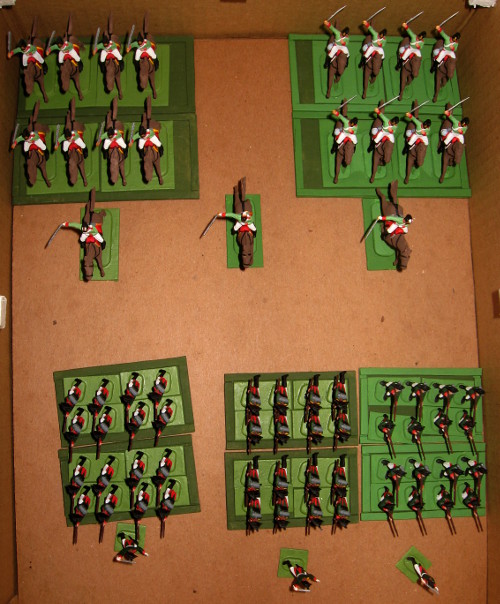 This Corps is somewhat stronger than my Bavarian Division, so I may have to leave some of them out, or take some French allies for the Bavarians, if they are to square off.

All in all, I am all set for some Black Powder action - I just need an opponent (or, alternatively, play solo).
Posted by Argonor at 16:58