Shaggram fumbled a bit, preparing his next incantation, but as there was no Minions in play, and he was still in the South half of the table, none of the Event Cards (Horde Activates, and Trap!) had any effect.

So, with his only available Action, he tried to cast another Fireball, but rolling only a '5' this time, the magical energies just fizzled around him.

Blogger played funny business with my layout while I was trying to arrange the pictures and text here, so I opted to do without some of them. 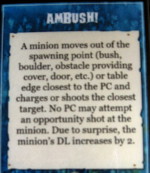 Rhagador had a tad more luck, but still triggered a single Event Card.


An Orc jumped out of the shrubbery, and promptly charged the unwary Cleric. 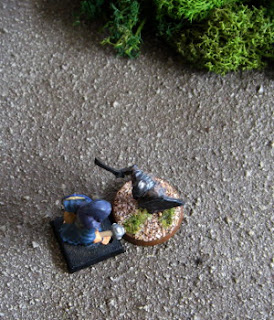 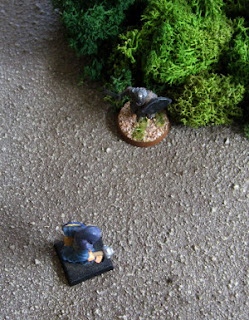 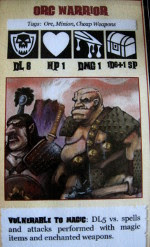 An Orc normally has DL8, but because of the Ambush, this was increased to DL10.

With a meager '2', Rhagador had to use his Shield 1 to deflect the blow, which succeeded 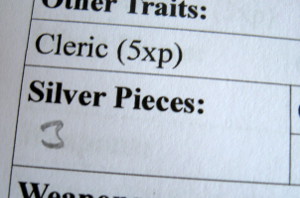 Then the Cleric used an action to attack the Orc, rolled a '15', killed him, and searched the body, which provided  3 SP, and a Cheap Sword.

Not a fat harvest, but never the less the Party's first Treasure earned, so well worth noting. 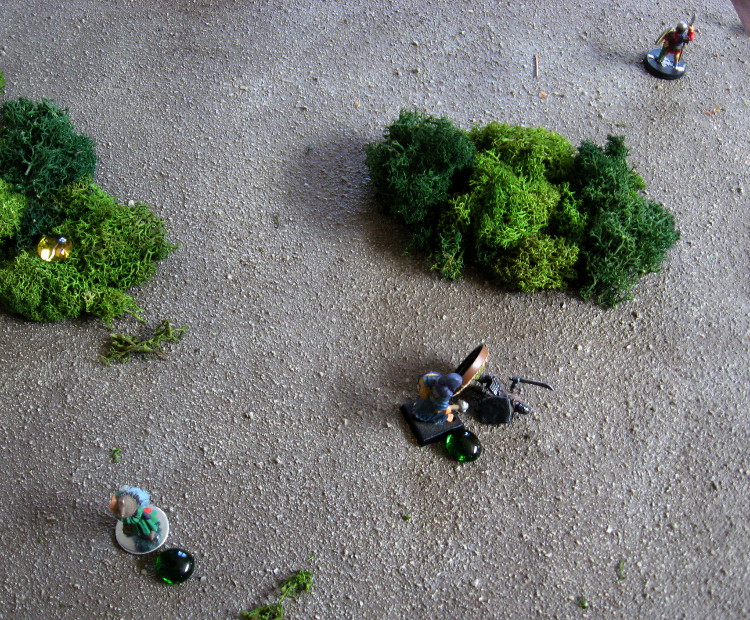 Argesïl the Cunning easily made his way out of the Badlands, leaving the other three members of the party to brave the perils of the area. 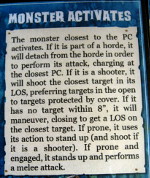 Finghal triggered a single Event, which made the Troll in the center wander aimlessly about once more, and the the timid Fighter made another dash for the corner where he saw Argesïl disappear. 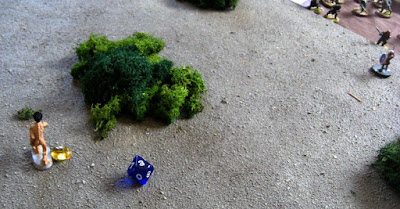 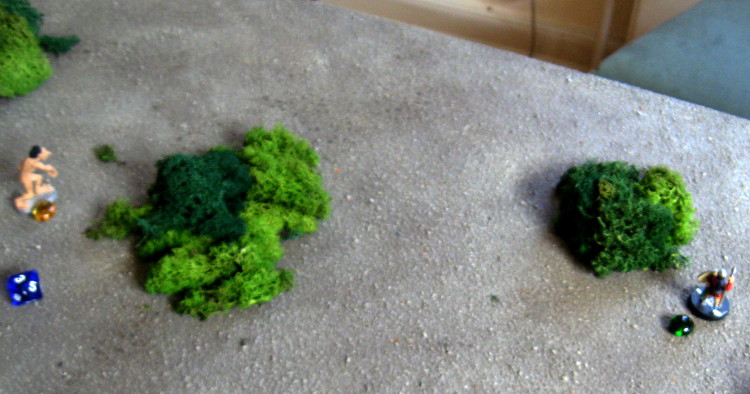 With Turn 5 well finished, it began to look as if our heroes would get through their first adventure relatively unscathed.