Only befitting for an AAR containing Dwarves that it should consist of seven parts ;o)

The Berserkers were quickly dispatched, not causing more than a single casualty on Boromir's unit. But the situation looked pretty grim from the Gondorians' perspective; two formed units close by, and no relief in sight... 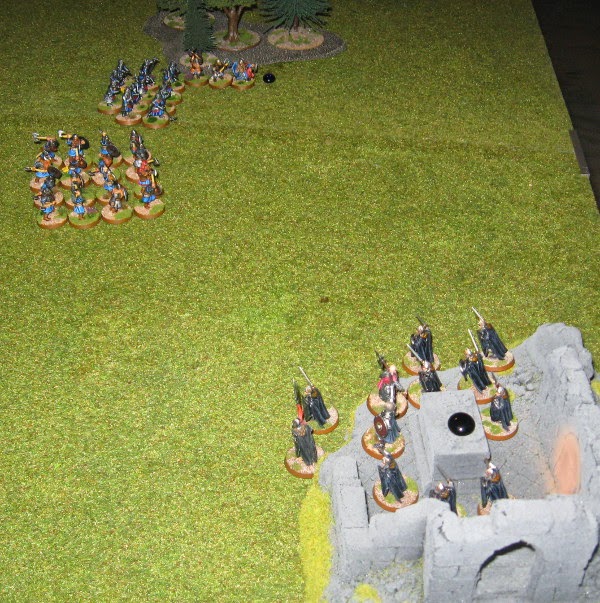 The Dwarven Warriors closed in. 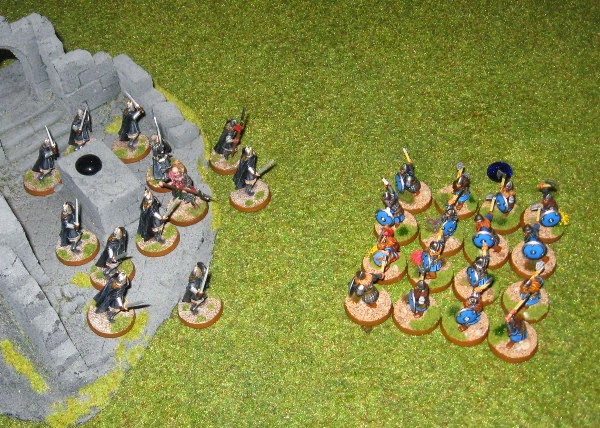 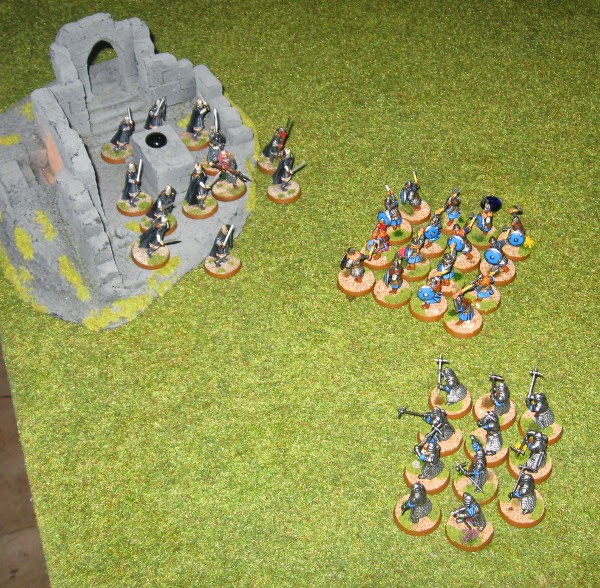 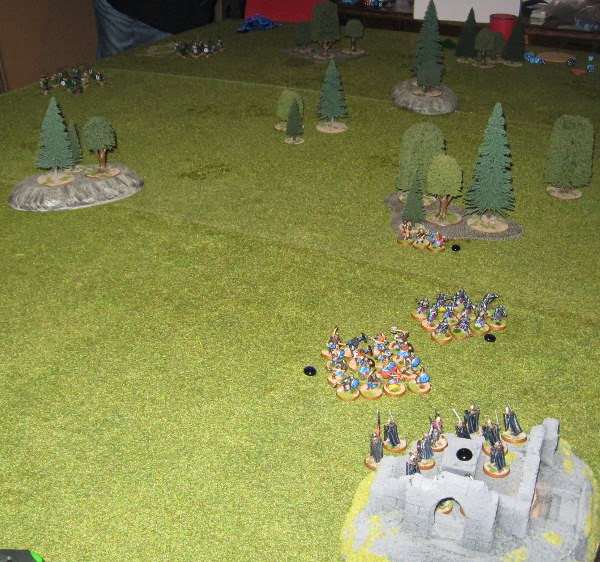 The Dwarves charged in... 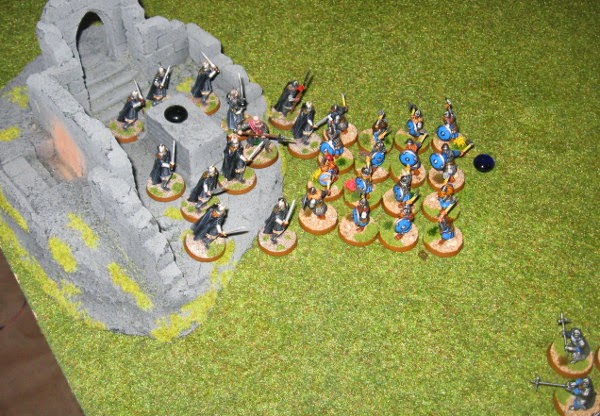 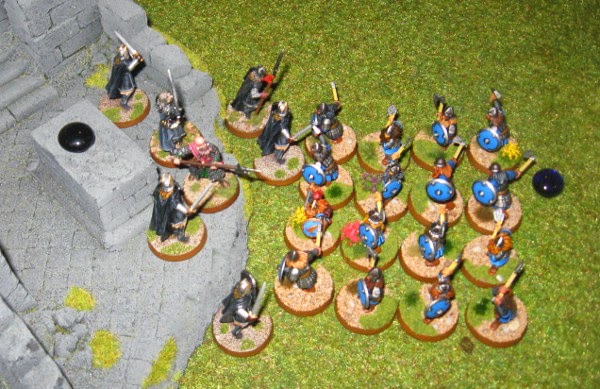 ...and despite Boromir's desperate attempt to make them stand fast, the remainder fled (Test of Courage) and left Denerhor's heir to be cut down at the kneecaps. 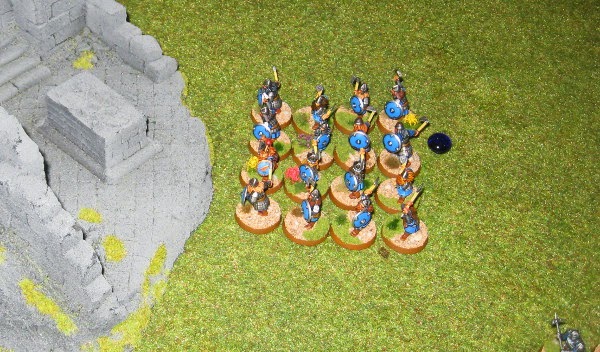 At the other end of the battlefield, the Fiefdom Warriors went about pillaging the Baggage once more... 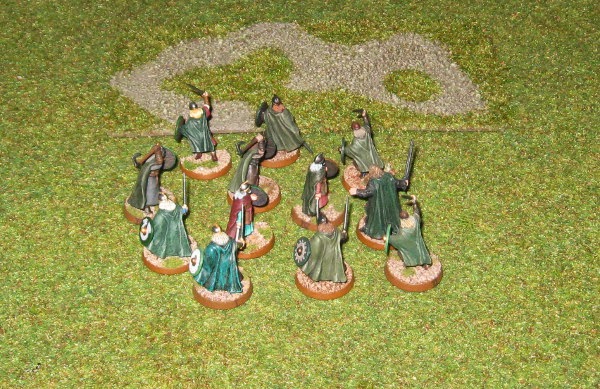 THIS TIME SUCCEEDING!! - Which broke the spirit of the Dwarven Host, landing a Major Victory for Gondor. 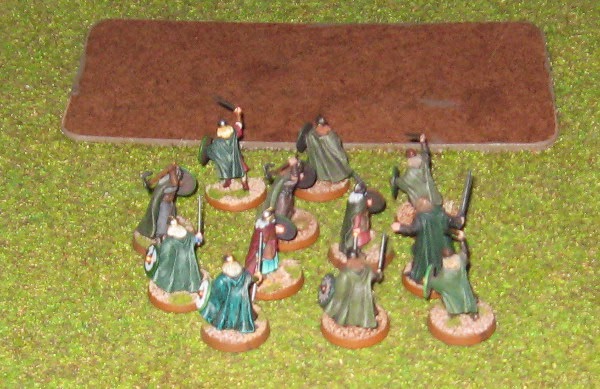 The Dwarves came this close - one more turn, and they might have rampaged through the Mausoleum, achieving at least a Minor Victory. 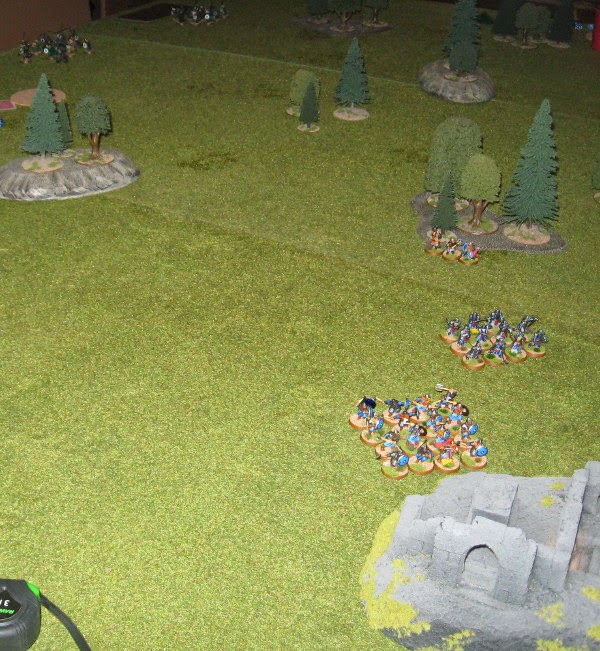 This was a closely fought battle, with both generals making bad calls along the way (as is to be expected, as we haven't played that many games, yet).

The scenario seems to work - but it took us about double the amount of time to play than expected. This was mainly due to me taking a lot of pics as we went along, but I decided to go for a Command & Support section for Gondor consisting of 3 standard heroes insted, as the spellcasting also slows down gameplay a little bit.

Over the next days, I'll be posting pics from Horisont VI - not only of the GoB-games played on this table, but also of the many other very nice looking tables present there, so stay tuned for som eye-candy (I hope, I haven't edited the pics, yet)!!