Using the Stratagem, Denethor re-activates the warriors, and charge the Dwarves while cowering at the back, but the following melee sees no casualties on either side. The two units, being Formed, remains locked in combat. 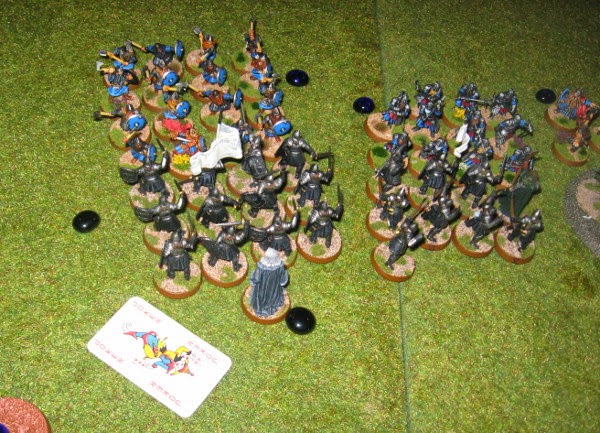 The state of affairs at the beginning of the next turn 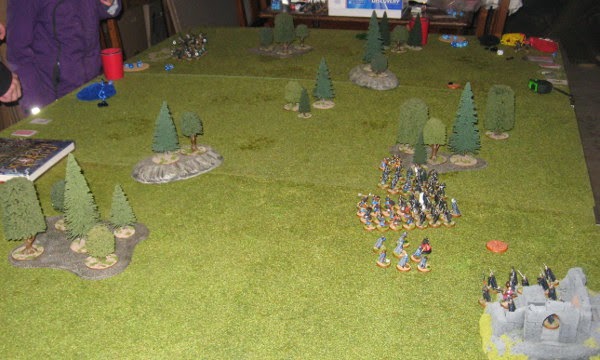 As far as I remember, the warriors tried to sack the Baggage Train, but had to fight sutlers.

The Dwarven Berserkers charge into the flank of Denethor's unit. This is BAD news in God of Battles!! 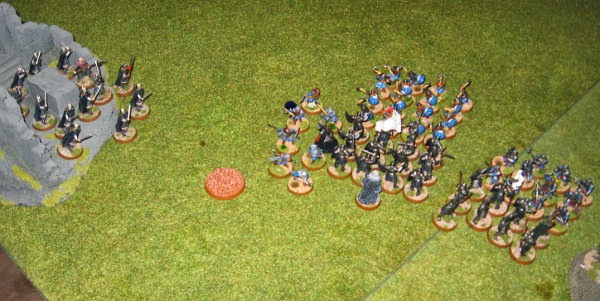 The Warriors of Minas Tirith lose 3 men, including the Standard-bearer. 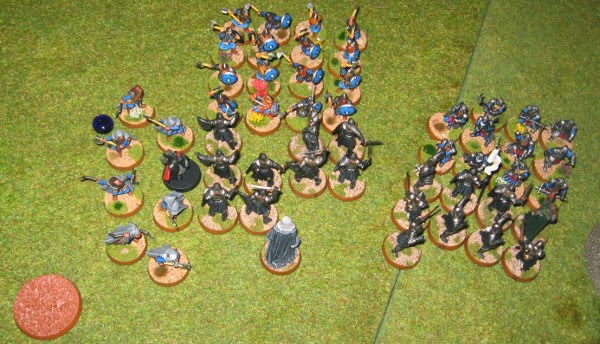 And another 3 run away (Test of Courage) 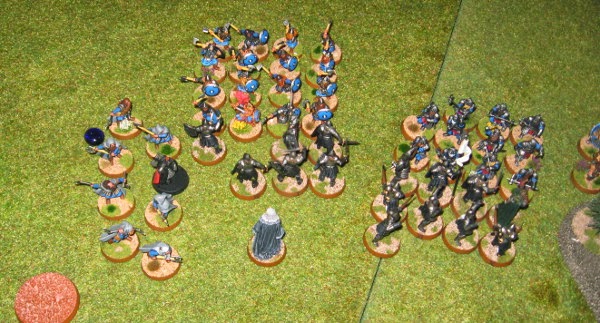 They then fought the Dwarves to their front, but failed to do any damage - and were annihilated in return! 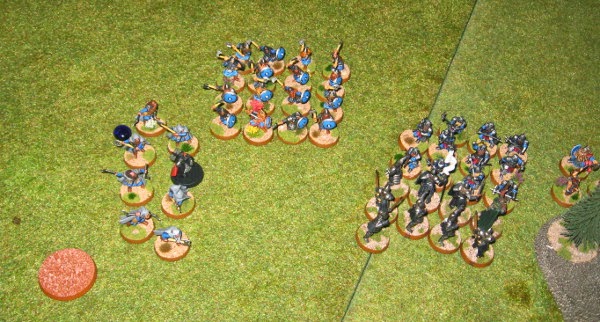 The Spearmen ran past the Baggage Train, going for the Dwarven Camp.

Then the Dwarven Bodyguards charged into the flank of the archers... 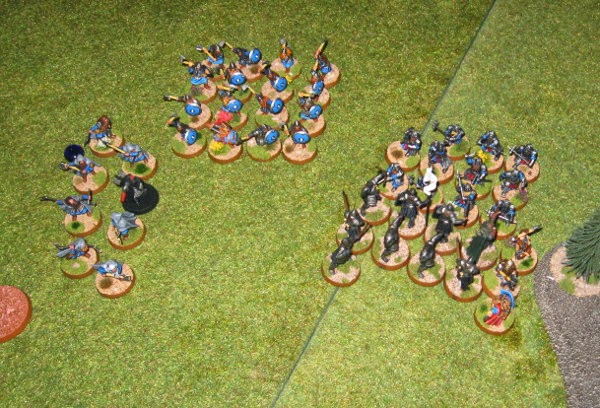 Killing 3, and sustaining no casualties themselves 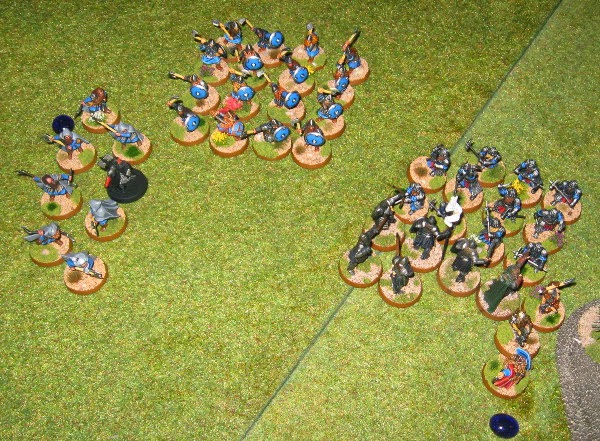 The tunnellers finally emerged from their long dig 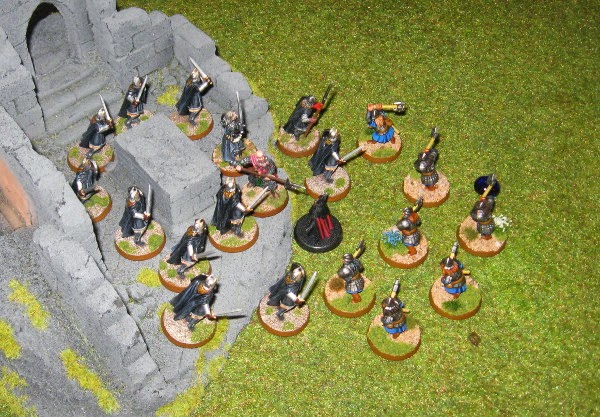 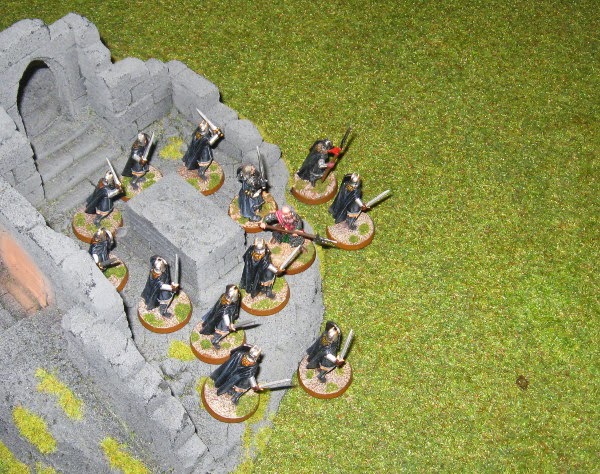 The Spearmen kept pressing on

The Berserkers tried their luck at the Mausoleum, too... 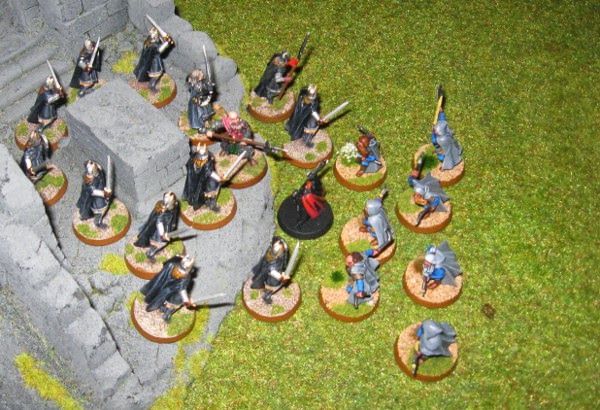