Making Space for a New Bed

When I first cleared the pad where I now have my vegetable garden, I had to move about a ton of old branches, roots, logs, and other remnants of a lot of bushes, apparently cleared from the front lawn years before we bought the place.

Some of that crap ended up between the trees to the right, and the hazel and elderberry bushes to the left.

Lately, the mess started to bug me, and yesterday I cleared it away, and am now planning to use boulders to create stepped beds for either flowers or herbs all the way down to the raspberries at the foot of the slope.

The steps will be constructed in a similar manner as the herbs' bed shown to the right. 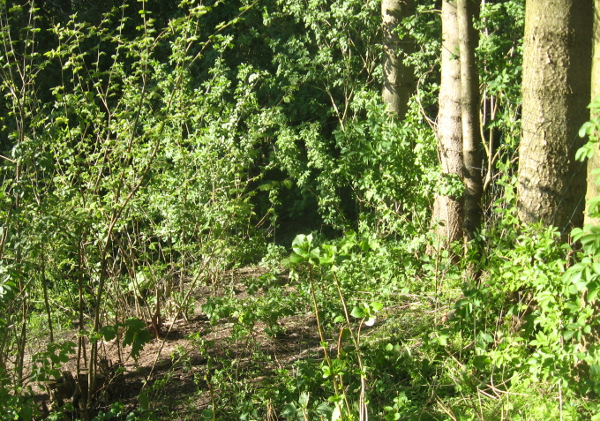 We decided that the hazel bushes had to go, and reserve the area for elderberries and whatever is going to be planted in the beds. Today I massacred the hazels, which opened the area a bit to light and air. 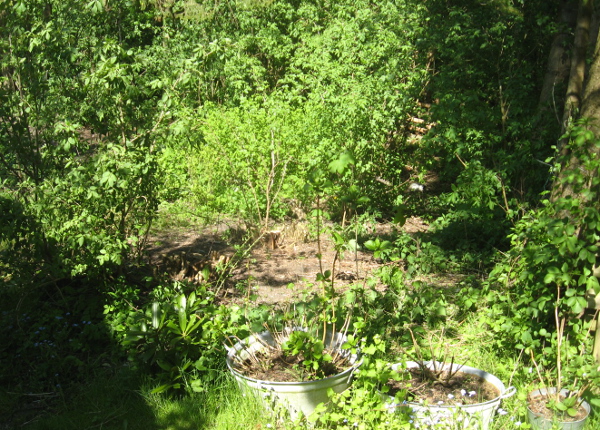 When making the next shot, I was standing to he left of the area - the trees in the centre are the ones to the right in the first picture. The remnants of the hazels are clearly visible. I may take a sledgehammer to some of those stumps one of the next days (some of them are long dead, and should come off with the appliance of restrained violence.