It was about time that the ship got moved.

By now, we had been there for about 1½ hours, and I was VERY tired, as I had been on night watch. I even did not try any of the free mead samples offered, as I feared the alcohol would knock me out.

In the meantime the firth was swarming with small boats of all kinds - and the shore was bristling with people anticipating the launch - but first we had to endure the mandatory endless speeches. 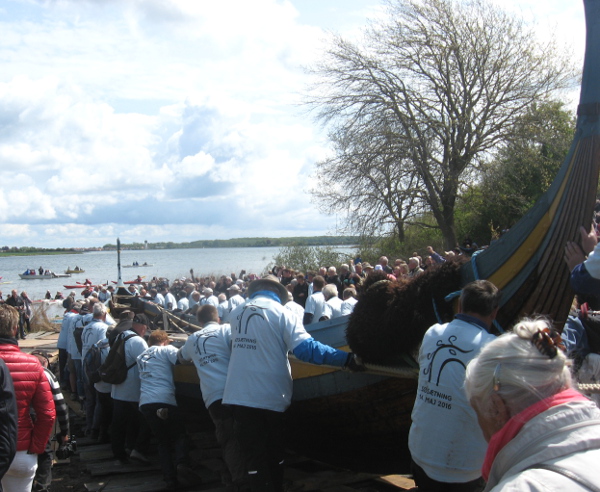 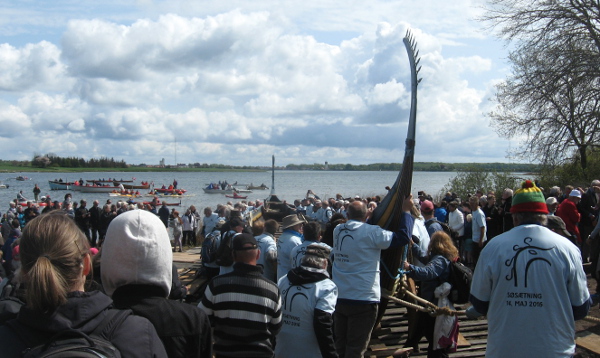 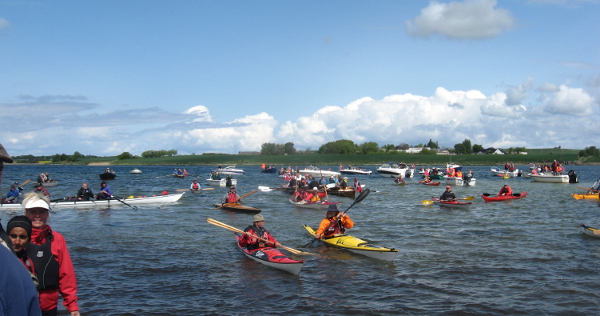 The ship was named 'Ladbydragen' (the Ladby Dragon OR Ladbu Drakkar), and then, finally, launched. 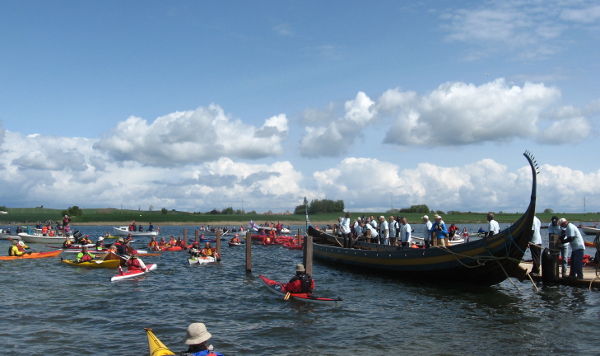 Funen now has a new attraction, tying us to the most famous part of Scandinavian history. My family and I shall return, when Ladbydragen is open for tours on Kerteminde Fjord, and Kertinge Nor!