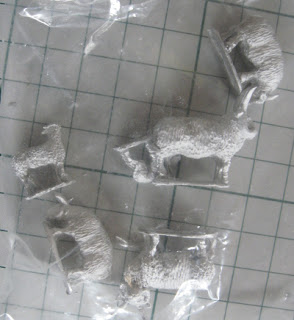 The Gripping Beast order I received some days ago included some livestock (manx), and some rural tools that i am going to use for some of the plastic Dark Age Warriors to make additional peasants to be slaughtered by raiders.

On top of that, I ordered a bad of 'long' wire spears (100mm) which I have sevferal uses for (banners and standards, of course, but also pikes to replace the broken pikes of Uruk-Hai pikemen). 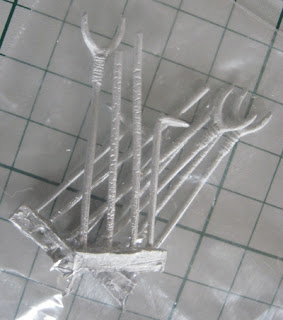 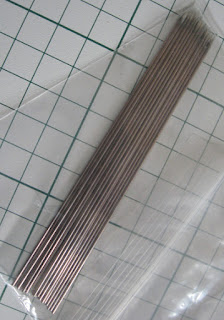 That is now all the loot from that shipment, and as you can see, I have plenty to do for the next couple of months.

I am going to attend a private mini-convention in Esbjerg July 1st-3rd, am going to bring some Blood Eagle fun to the fray, and hop to be able to bring at least the Vikings warband along with some Lord of the Rings warbands.