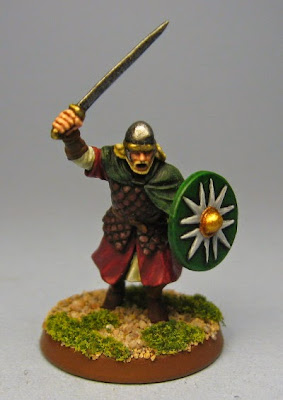 Another Fyrd Swordsman joins the Defenders of the East Emnet.

Like the others painted Fall 2014 for my Gondor/Rohan God of Battles demo army, and now getting a chance to star in a smaller production.

And also like the others, he will receive a new base before being sent into battle.

Games-wise, he is identical to Baldric - I am going very much 'by the book' with these, only making changes necessary for the figures being WYSIWYG. 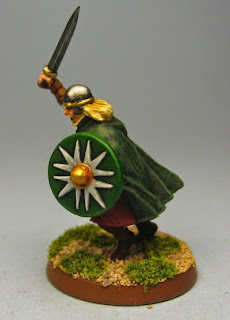 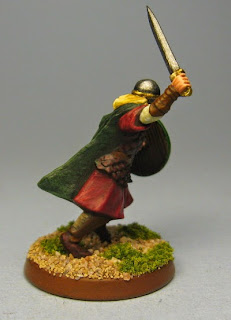 Again, I must apologize for the weird layout, but it really is a bit out of my hands...