When you say 'Rebels', you must also say 'Inquisitor's TIE-Fighter'. Or something...

When I ordered Ghost (and some card sleeves) I also got this iconic little ship from the Star Wars Rebels show.

It is the prototype of the TIE Advanced later used by Vader (and probably other high ranking Imperial aces), and comes with shields and targeting computer, which combined with better pilots than the usual TIEs makes it almost as tough as a reliable old X-Wing.
Very much looking forward to try it! 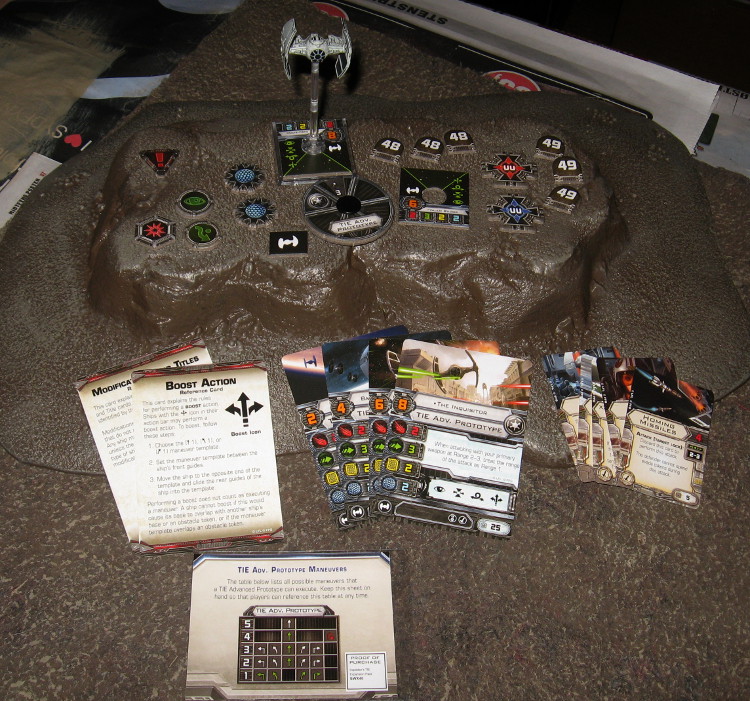