So, after visiting one of my oldest friends and gaming buddies for a test run of Black Powder (more about that later) Sunday afternoon, and spending most of Monday sitting idle in Odense University Hospital, waiting for Anna to have her left knee surgically altered, waking up from anaesthesia, and getting the last instructions from the surgeon (we had to wait two hours, while he was doing another operation, because Anna had not woken in time before it), picking up a parcel from Miniature Giant (also more about that later), and spending another hour in the garden removing dandelions, I am now finally able to spend a little time with the laptop.

Finghal ran to safety, while Argesïl dragged himself along, and Rhagador stepped in a trap! 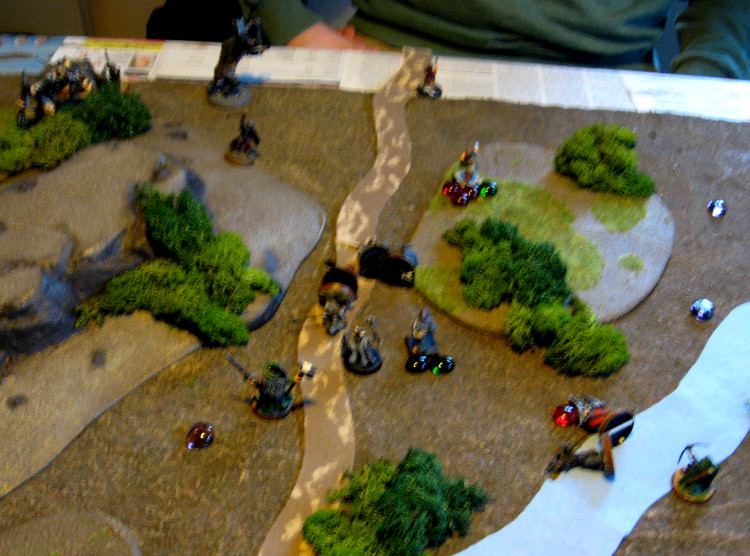 An Orc Brute spotted the crippled Rogue, and moved in for the kill. Saimon hit him twice with Magic Darts. Argesïl spotted the approaching Orc, and made an extra effort to get away (three successful Activation Rolls, one result of '20' for an extra Action). Rhagador failed to break free. 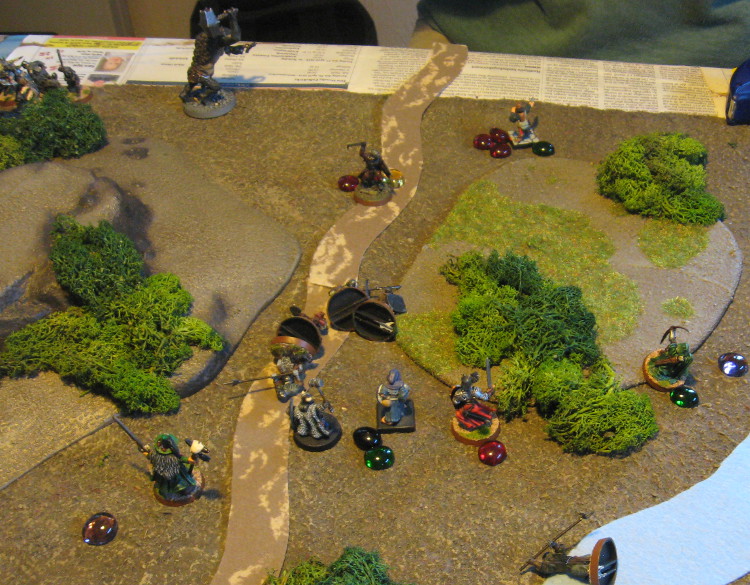 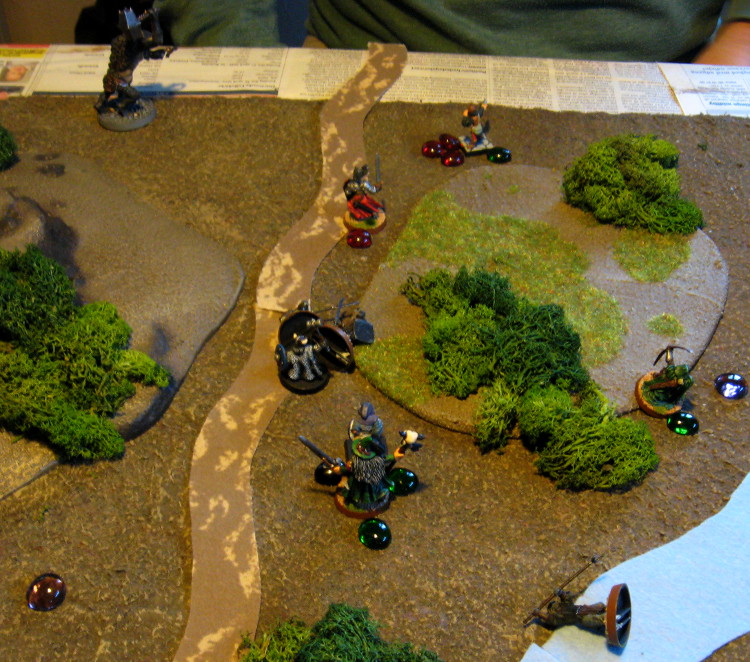 Argesïl finally made his way to safety. Only Rhagador remained of my party on the table, and he still struggled with the trap. 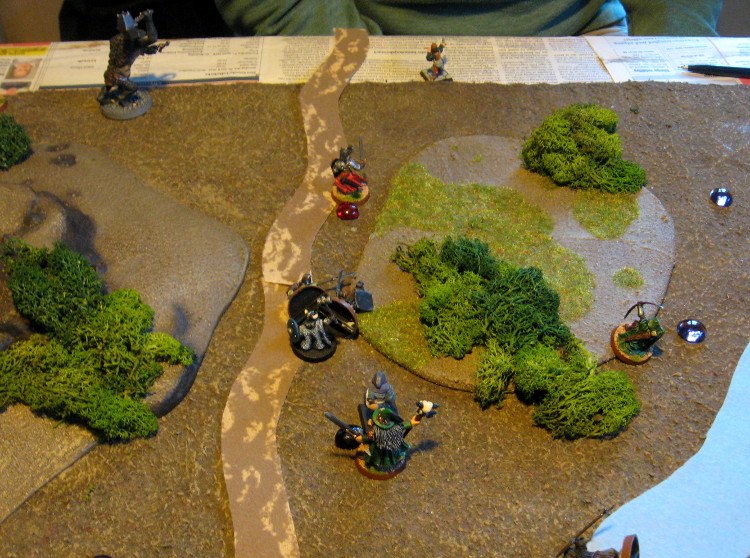 Kentosh avoided the Troll and moved closer to the edge. Ulitari joined Saimon's attempt to break Rhagador free, while Duregar placed himself to intercept the Troll, should it suddenly decide to eat some adventurers. 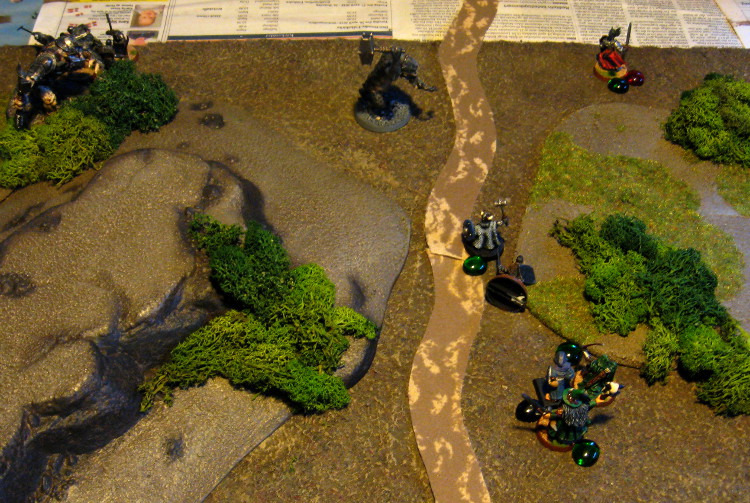 With the aid of two fellow adventurers, Rhagador broke free of the trap, and started following Kentosh. 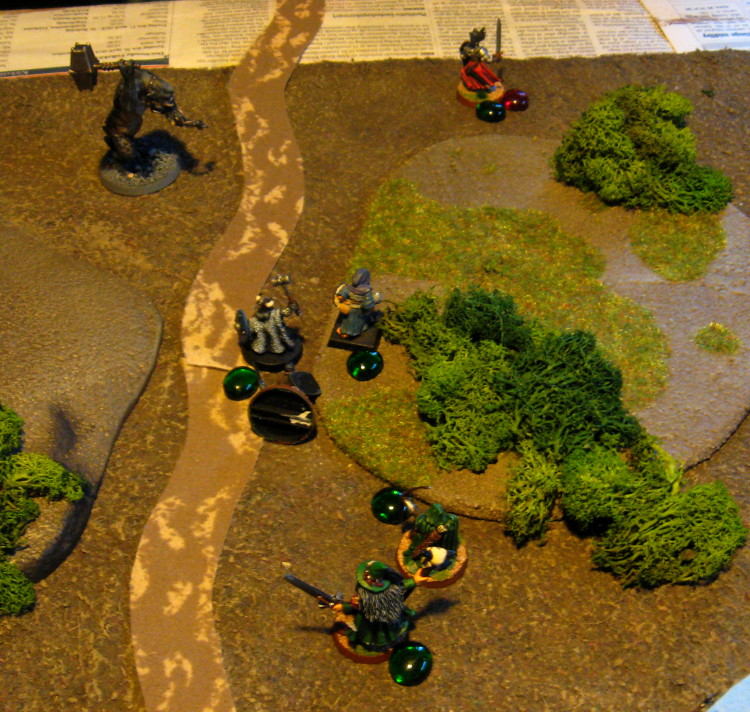 More Orcs appeared, but Kentosh avoided them and left the area. Duregar and Ulitari both started following Kentosh, and I think Saimon was shooting Magic Darts after the Orcs, but either failed the spell or missed. 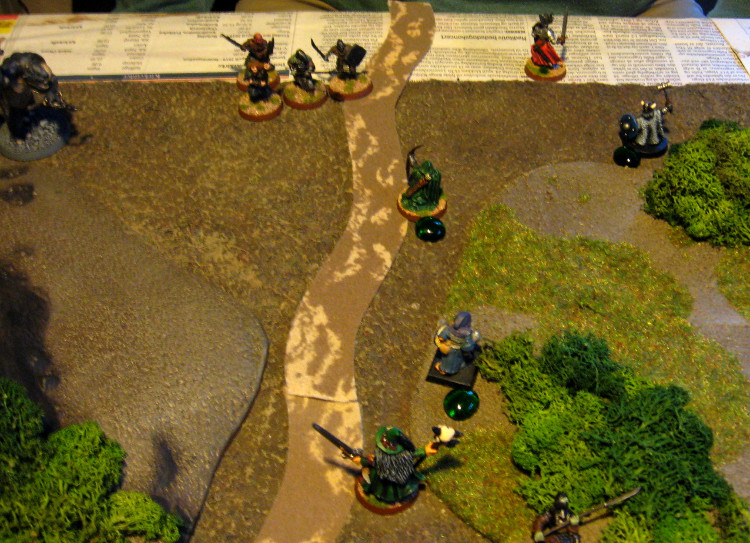 Rhagador made his way off the table. 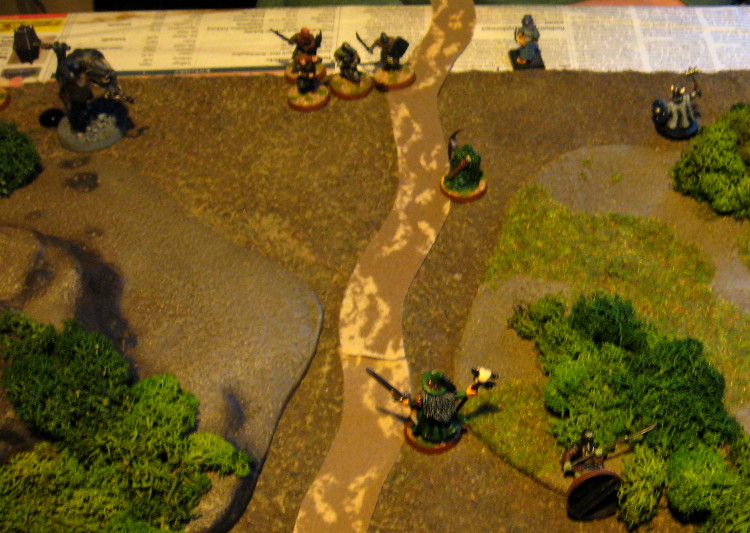 The other party tried to avoid the Orcs, but they were caught by the horde, and Saimon went down! 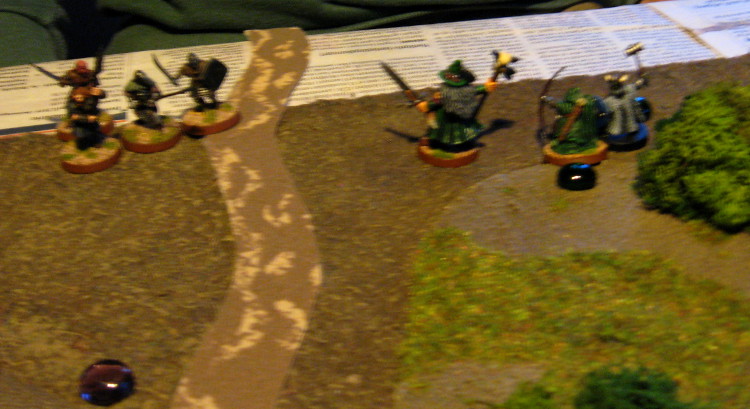 The other two rushed in and killed the Orcs and as it turned out, Saimon had only suffered minor wounds. 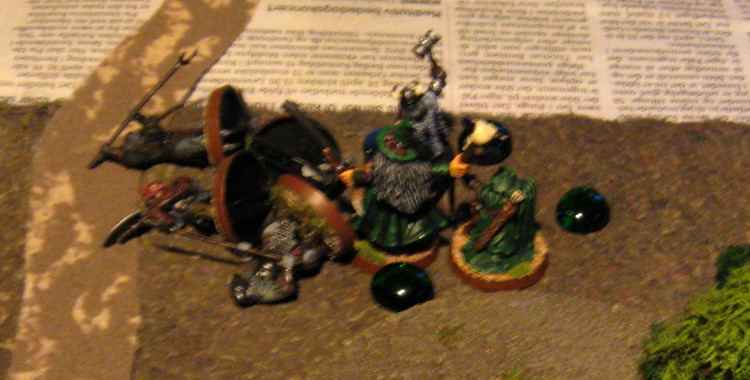 The adventurers decided that they had seen enough blodshed for that day, and did not want to risk sustaining further injuries so close to escaping, so they ran off in the same direction as the others. 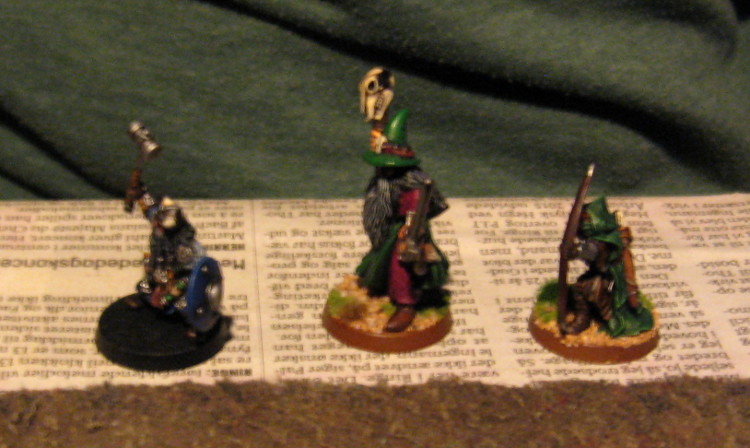 This ended a five-hour session (I have no idea why it took than long), and I shall chronicle the Campaign Activity Period of my party in another post.
Posted by Argonor at 20:31