Got delayed by all this early summer weather, and all the things I have to do outside that were postponed because of the very cold spring we had up until recently.

I forgot the scenario rule that the Goblinoids would retreat if they were outnumbered by the Player Characters, which may actually have been the case somewhen after this point (not sure, cannot see the entire table), but I do not think it would have made much difference, as the heroes were more or less mopping up by now. 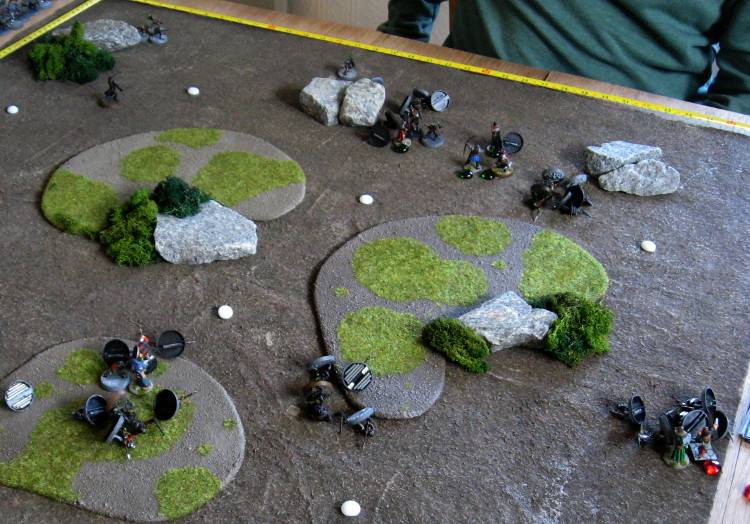 The lone Goblin was no match for Finghal and Rhagador, and Kentosh quickly slashed his way through his opponents, and moved towards the approaching enemies. Argesïl and Shaggram noticed some Goblins entering the area, and Shaggram started preparing a Spell... 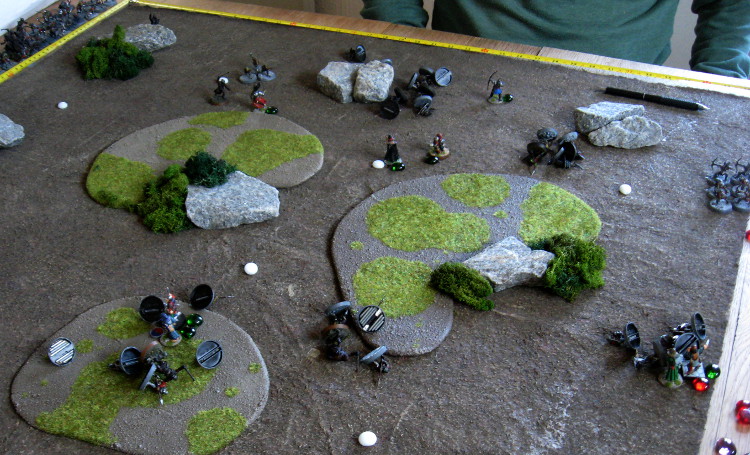 ...promptly blasting the Horde to cinders. 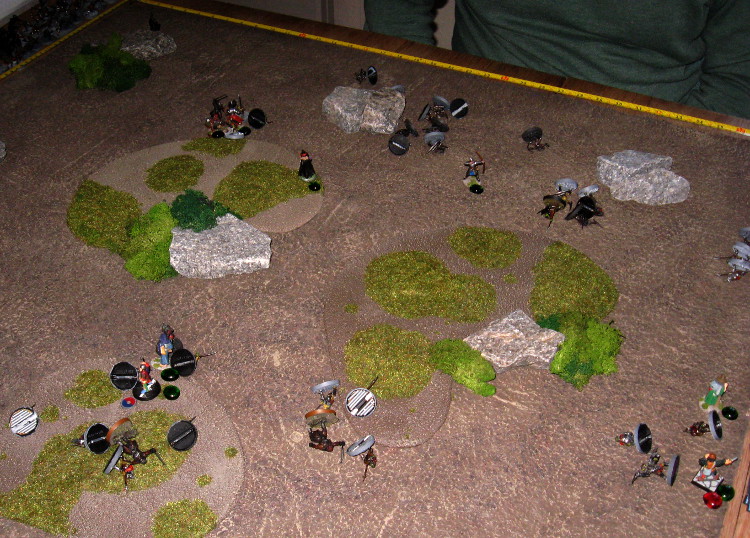 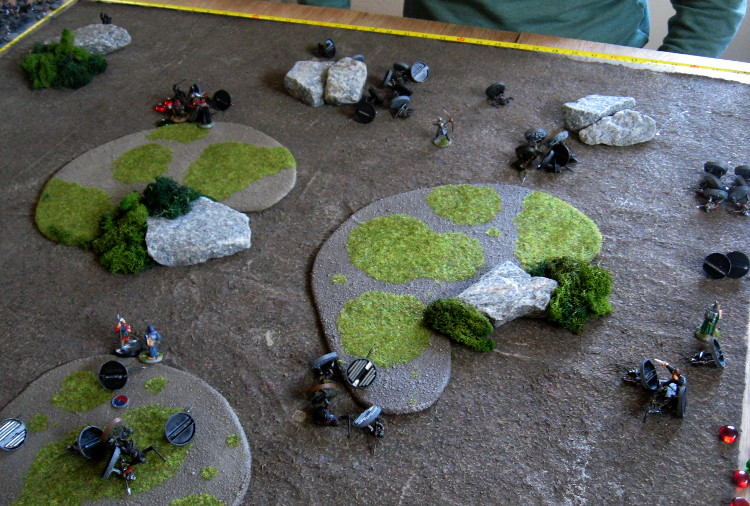 Another Horde appeared right away, and the Goblins clearly were aware of the potential threat posed by a Mage, and wanted to take him out as fast as possible.

Kentosh raced to engage the last standing Foes in that far corner of the table, while the rest of the adventurers gleaned wearily over the field of battle. 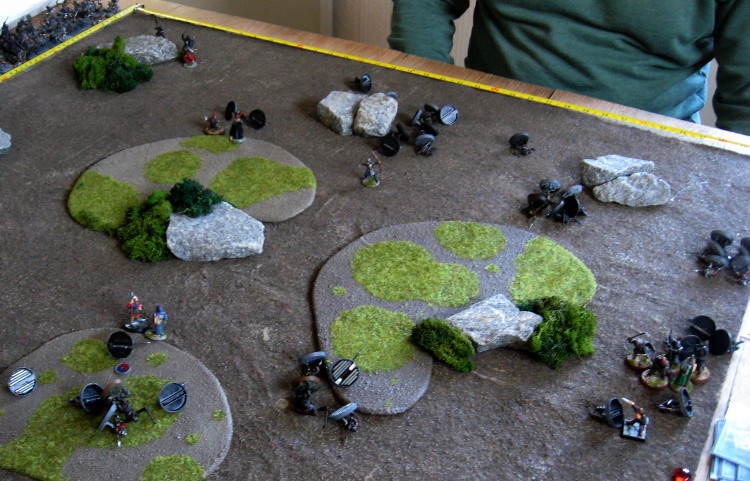 Argesïl joined Shaggram and helped him dispach the Goblin Horde, while Kentosh cut down the last remaining Monsters. Our heroes c ompleted their mission, and carried the day! 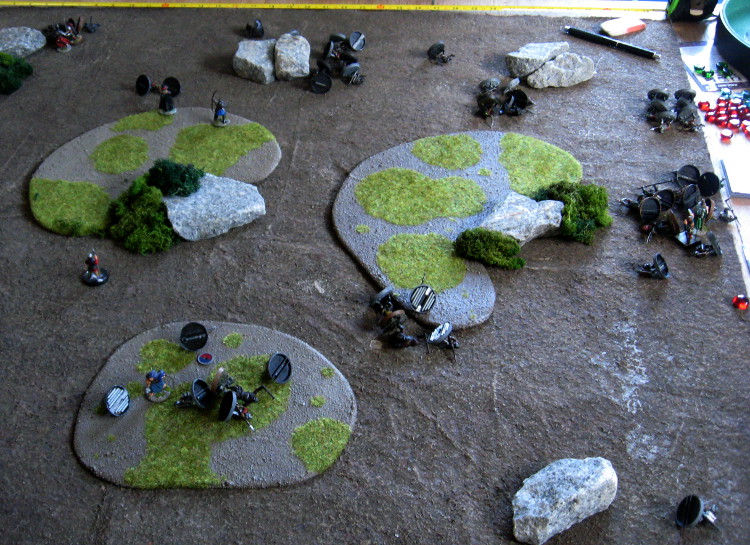 Each party earned 4xp, and the half of an award of 10sp for each Goblin, and 20sp for each Orc slain.