Ulolkish and I had an appointment for a game of Sellswords and Spellslingers just after lunch today, and I had set up the table for the Basic Scenario 'Orcs and Slippery Stones'.

As it turned out, Ulolkish had forgotten his minis, so I picked some replacements to stand in for his Player Characters today. 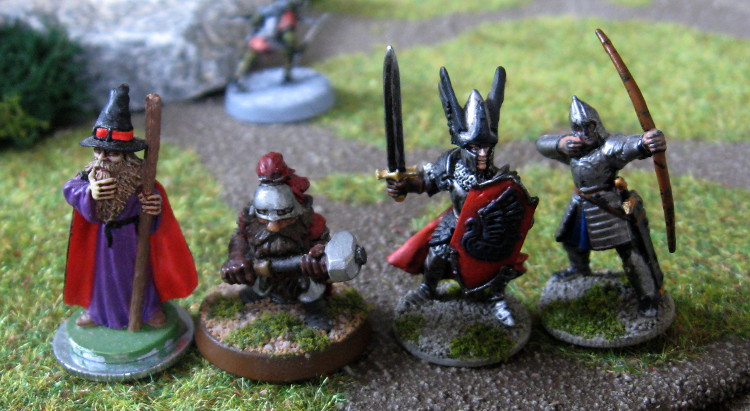 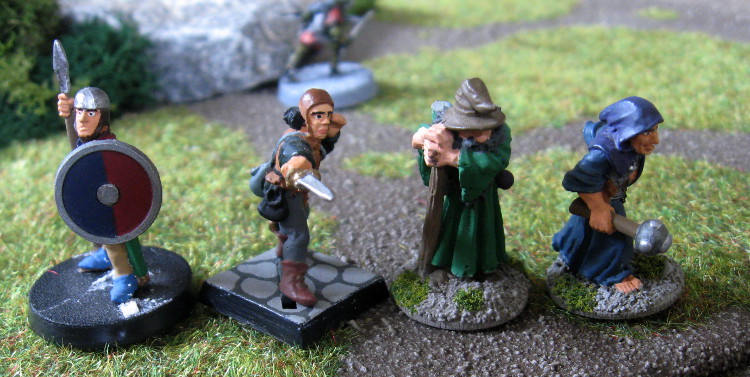 The original set-up, after deploying the Player Characters. 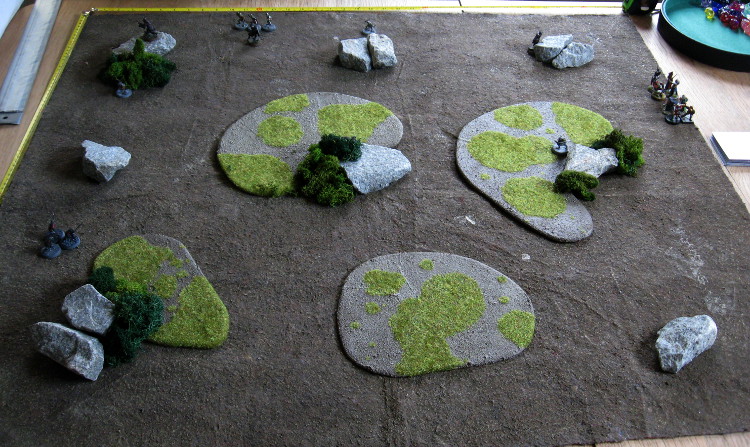 During the first turn, all hell broke loose;  Ambushes, Wandering Monsters, a Scorpion, and Argesïl stepping in a Bear Trap (we missed a LOT of Activation Rolls), all had us wondering if we would be able to even leave the entry edge, but the two Wizards, and Ulitari managed to move forward. Argesïl managed to break free from the trap, but was wounded, and had his MV reduced to 3". 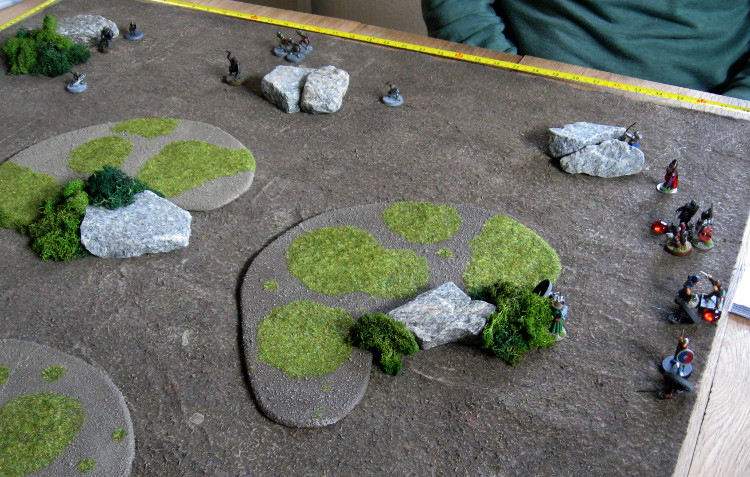 On the second turn our heroes managed to clear a beachhead and most of them began moving into the Orc-infested area. 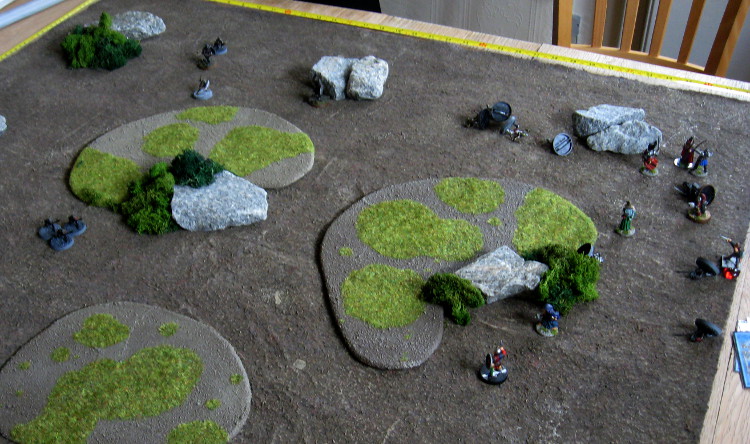 Turn 3 had the two parties pushing forward, and much looting of Orc and Goblin corpses. A mana Flux occurred, and the Wizards were busy taking advantage of the extra Magical energies. 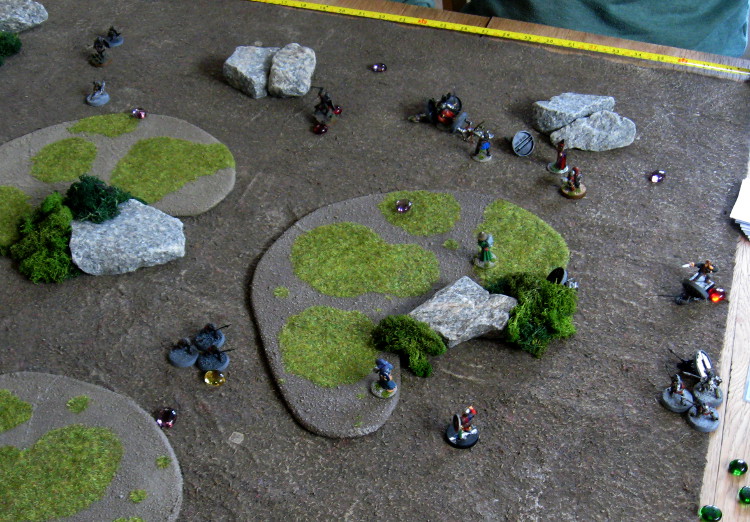 Enemy reinforcements kept pouring onto the table, and especially Ulolkish's party on the right flank met some resistance. 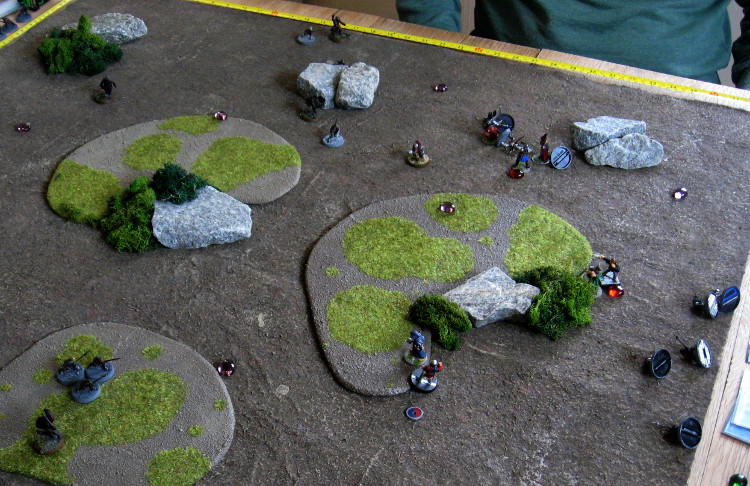 Contrary to his normal behaviour, Argesïl was hanging back this time, and actually looted some corpses, while the rest of his party was busy fighting the Monsters. The Wizards were running to and fro, lending their ranged support in the form of Fireballs and Magic Darts. 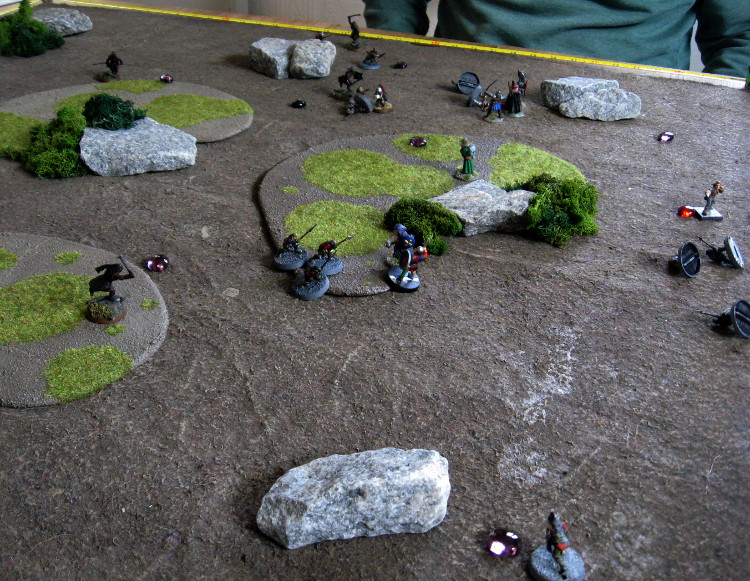 With the fifth turn, I end the first part of this AAR. Our game lasted about five hours, and my head is rather tired, so the reast of the evening I shall relax in front of the telly with my family.

I do not know if I shall be able to finish this tale tomorrow, as we are driving to Sverdrup near Haderslev to visit my wife's mother, and we usually do not return form there until late in the evening, but I have another six days off work, so there will be plenty of time the next few days.
Posted by Argonor at 20:14