Both parties kept pushing forward, although Argesïl did not seem able to move away from the entry edge (he was hampered a bit by the leg wound from the Bear Trap, but there seemed more to it than that). Rhagador managed to skid and fall in the smelly black blood of a Goblin - luckily after killing all opponents in that fight.

Finghal's shield kept falling off, and as I planned to give him another, I did not want to glue it.

The power surging Mana Flux ended, much to the vexation of the two Wizards. 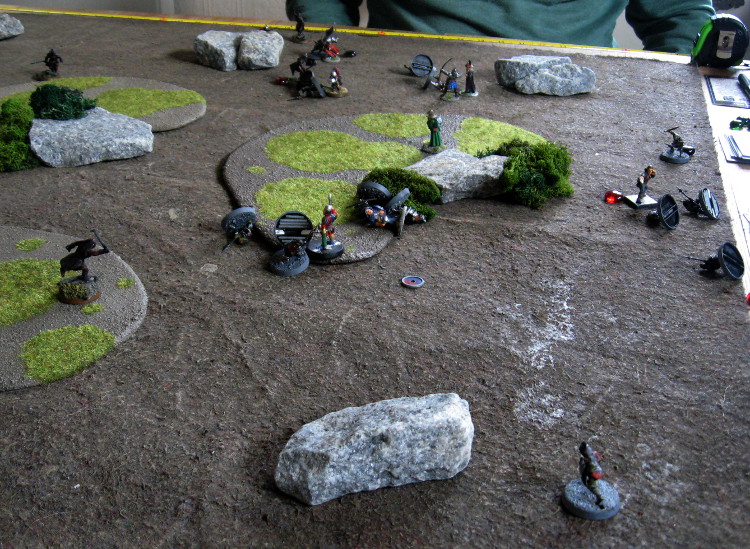 Soon after, the magic energies waned further, causing the Spellslingers much trouble, while Argesïl spent time playing with the Goblin corpses, and the rest of the heroes continued their killing spree. 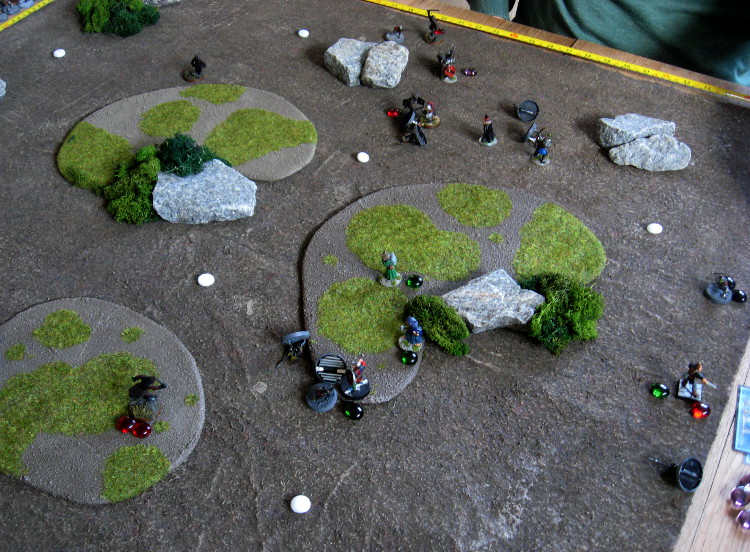 Finghal finally was living up to his 'Fighter' status, dispatching Goblins and Orcs alike as they approached him, and even Argesïl went on the offensive to try clearing the hinterland of foes.

On the right, especially Kentosh and Duregar mowed their way through the goblinoid hordes, and the hunters now controlled about half the area. 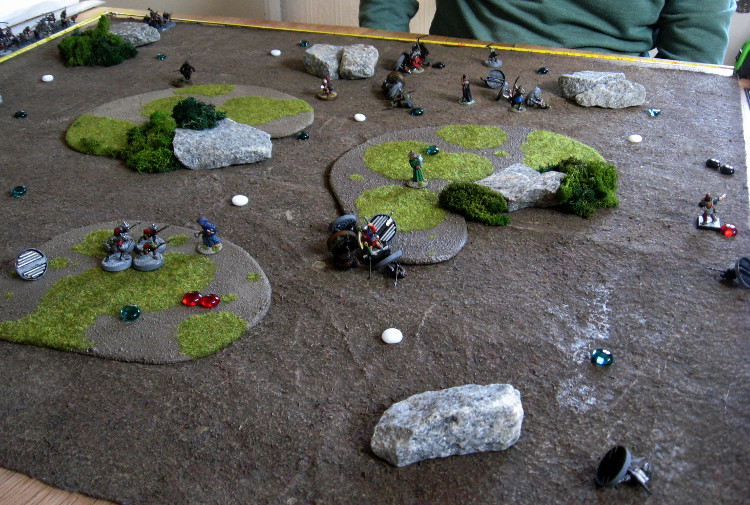 The magical energies continued to diminish, and spellcasting now was a rather dubious affair. To make matters worse, it also started to rain, which made Ulitari's archery difficult.

Fortunately, the martial prowess of the two parties' muscles was sufficient to keep the enemy numbers in check. 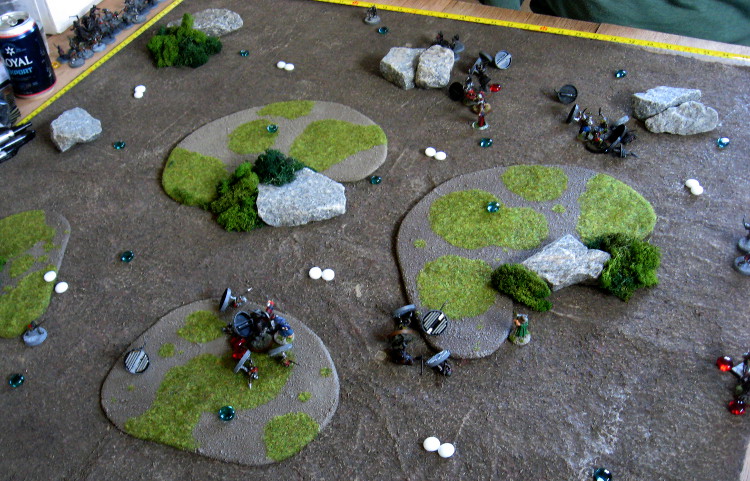 It stopped raining, and the Mana once more started to rise, but Saimon never the less ran out of magical energy, and his party gathered around him to make sure he did not fall prey to a Goblin  ambush.

Rhagador and Finghal cracked some Goblin skulls, while Shaggram ran to the aid of Argesïl, who was assailed by Goblins. 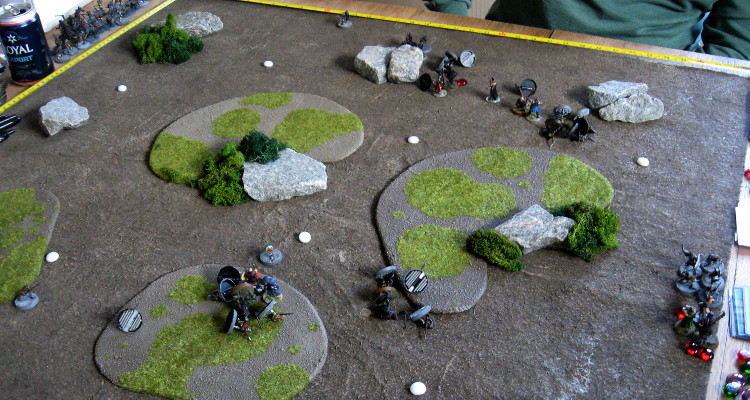 It has been a long, sunny day with lots of work in the garden, so I shall pause the AAR now, and continue it tomorrow.
Posted by Argonor at 20:32