Lea and I decided to have another go, this time boosting the Empire's finest a bit.

Basically the same setup as the previous game; Luke is escorting Ezra on some sort of covert op, and they are spotted by a patrol from the Imperial Obsidian Squadron. 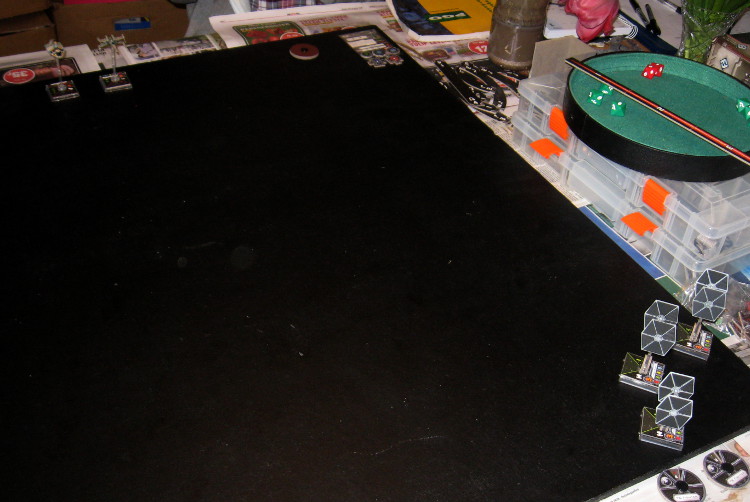 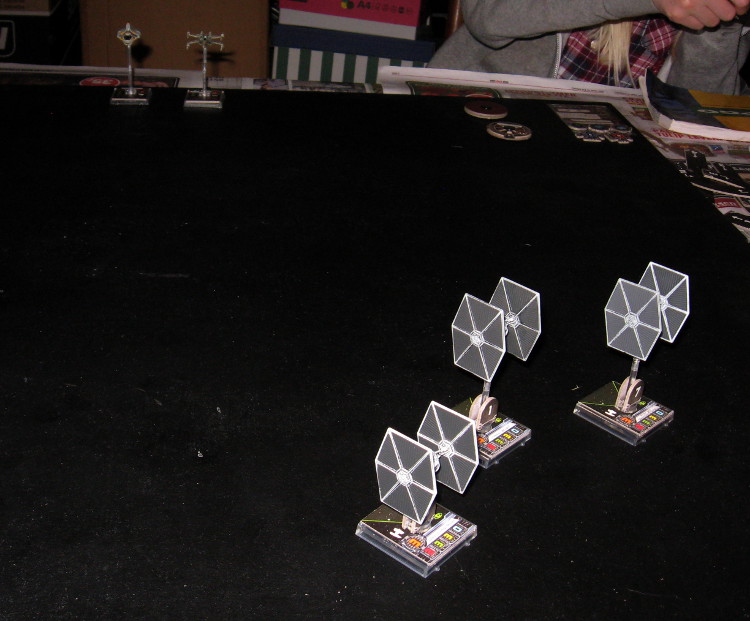 Ever the hot-head, this time it seems that Ezra decided to take the opposition head on. 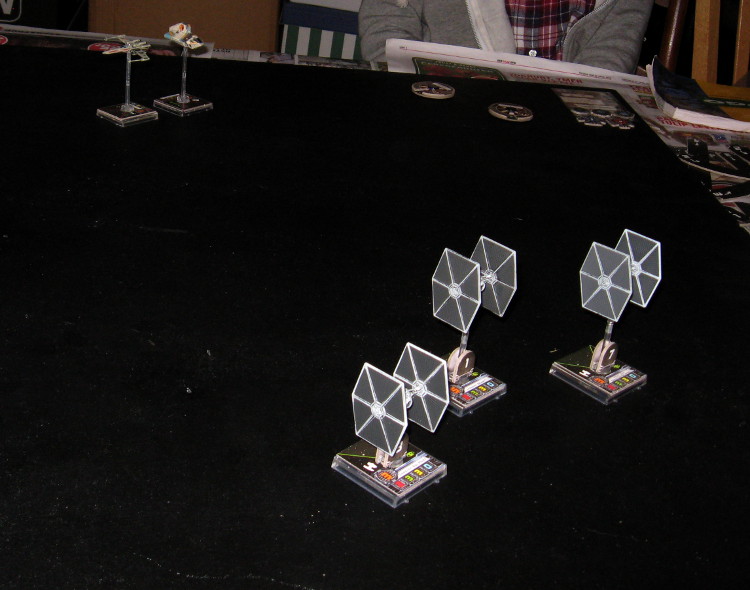 The TIEs came on with high speed, as is their usual take on attacking. 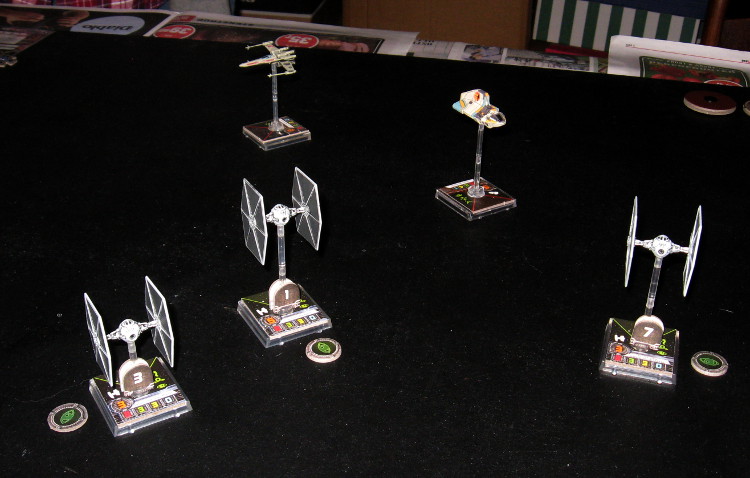 Luke drew two of the three attackers away from Phantom II. 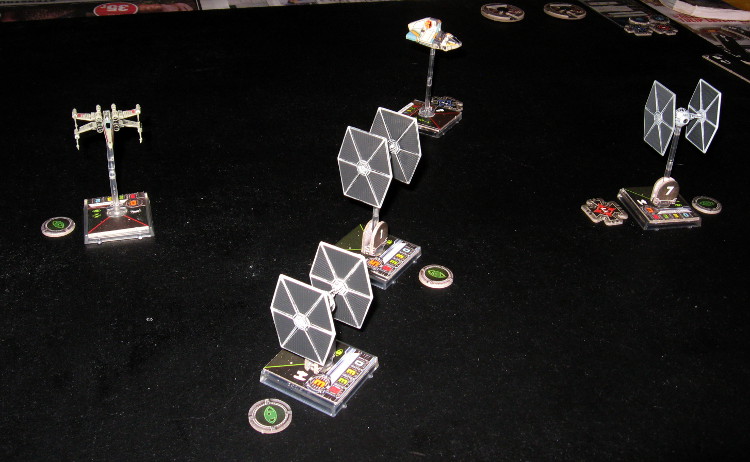 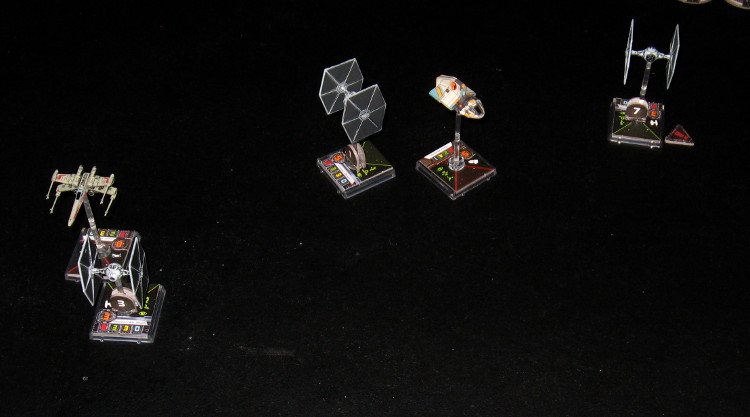 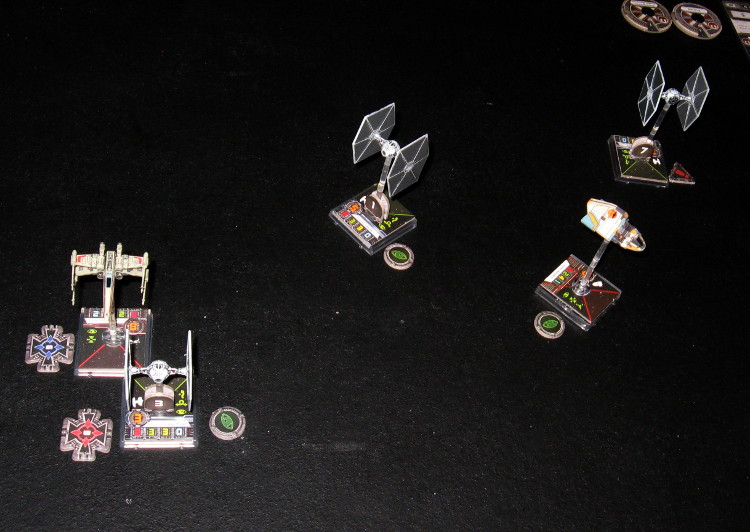 Luke scored the first kill! Target Lock can be a nasty thing. 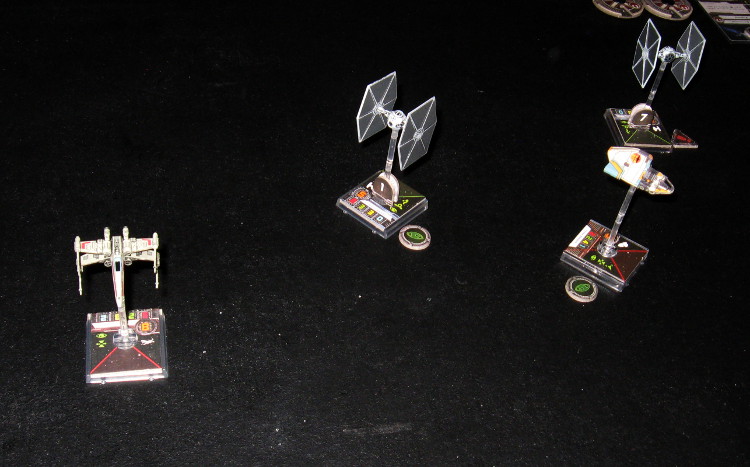 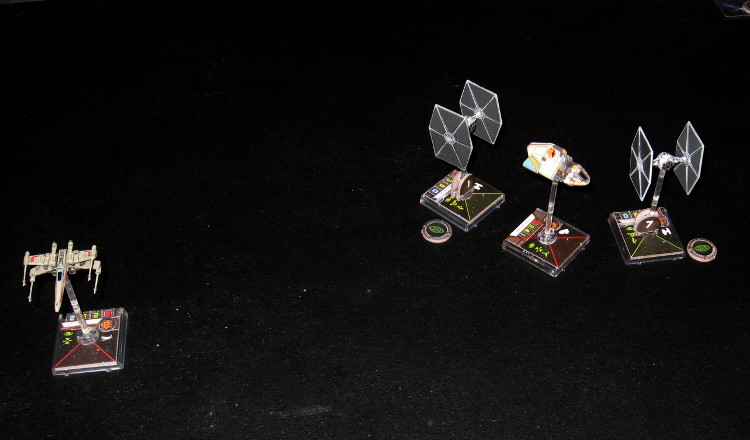 Skywalker to the rescue! 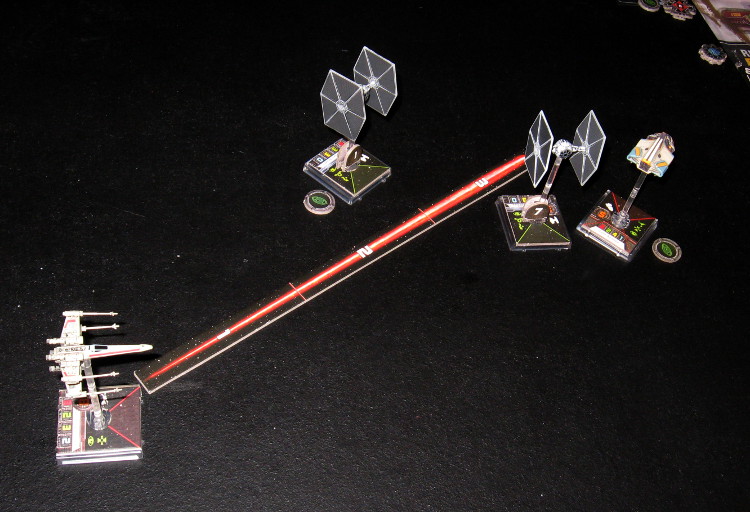 But the X-Wing fails to hit the TIE. 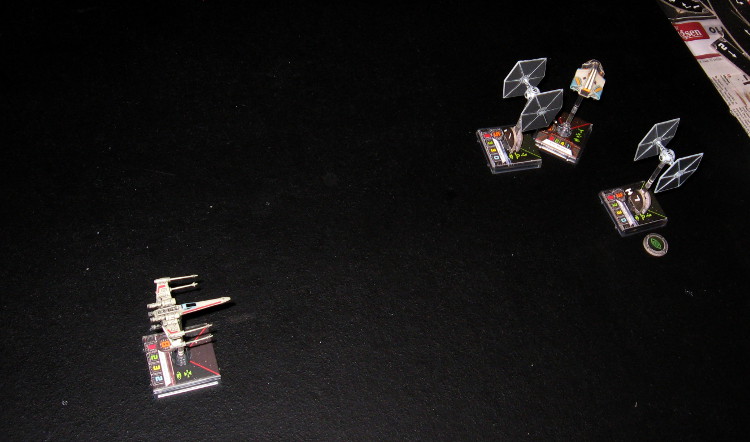 Luke keeps firing while swooping in on the Imperial pilots. 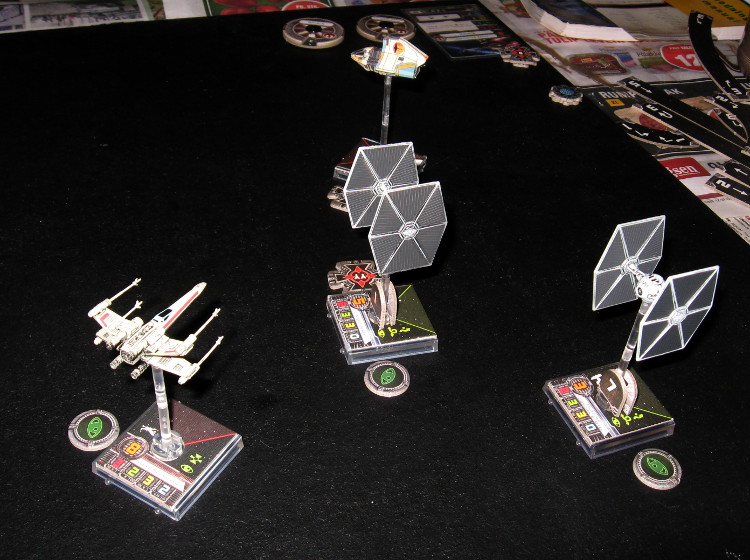 And takes out the second TIE Ezra pulls the Phantom into a Koiogran Turn, while the single remaining TIE attempts to evade Lukes arc of fire. 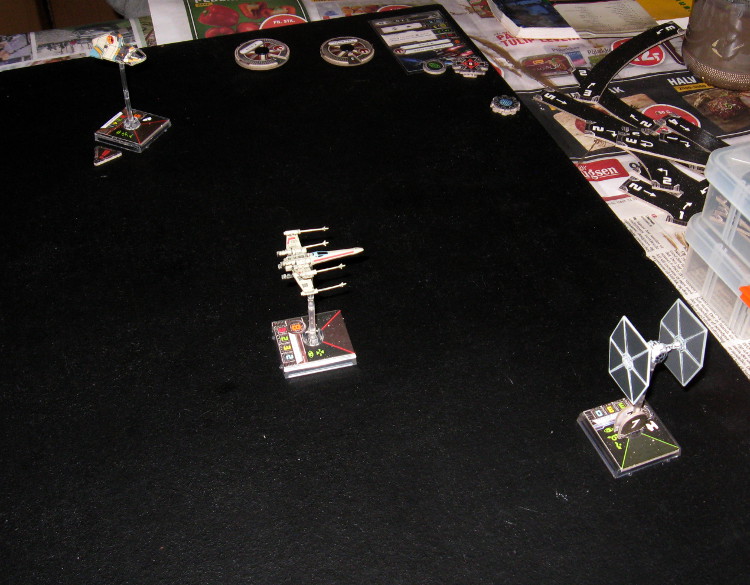 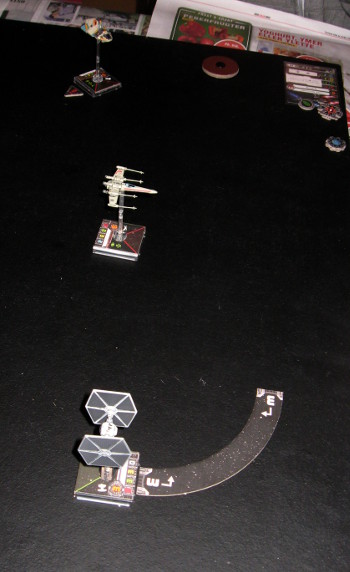 Luke fails to hit the evading TIE, and it starts turning around, the pilot hoping to get a few shots in. 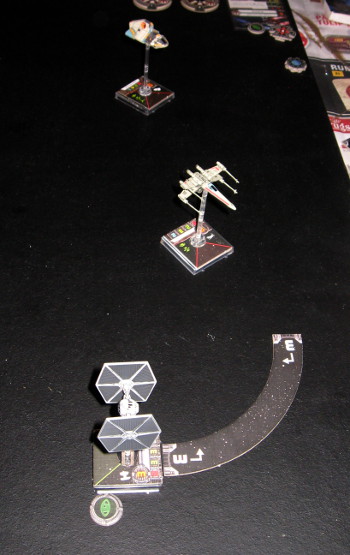 Both Luke and Ezra attempt to tail the TIE, and Luke acquires a Target Lock on the enemy. 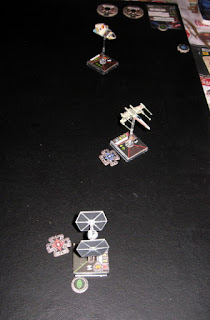 The TIE kept circling the Rebels; would the Empire thwart the plans of Spectre this time?

Not if Luke Skywalker had something to say on the matter... 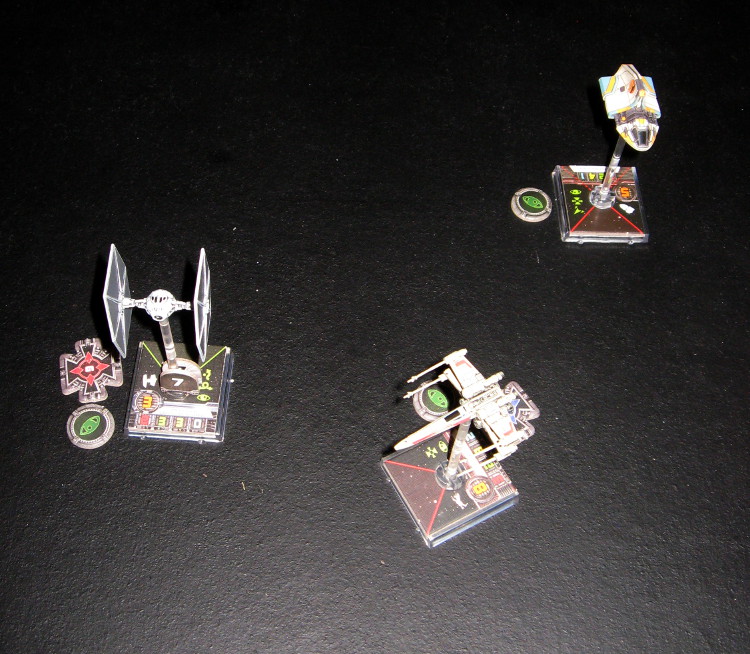 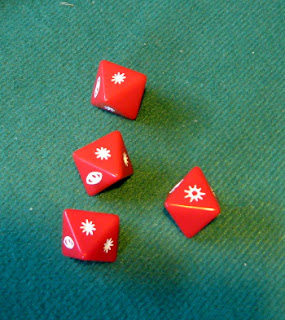 The last TIE went down in flames, and the Rebel Alliance once more carried the day.

Luke is an ace (at least when Lea rolls the dice)! 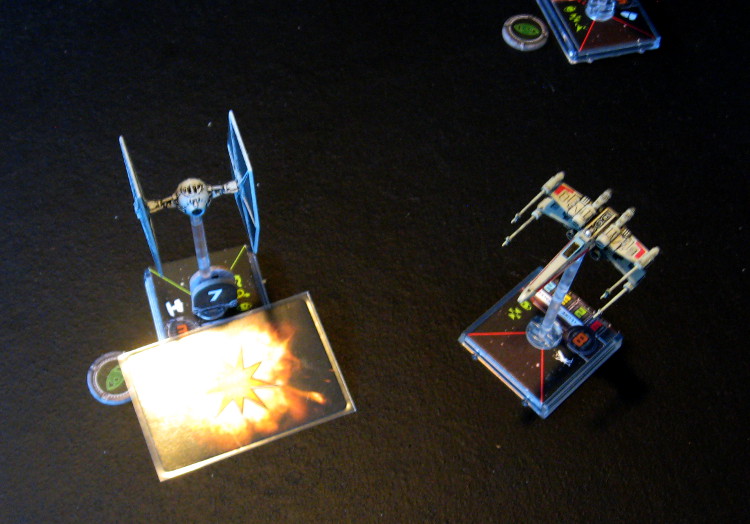 We decided to start another game with two more TIE Fighters and some upgrades to Luke's X-Wing, but we got interrupted, because I had to go pick up Anna from the Animal Clinic where she has an internship this week, and then Anna and Lea both had to go, Anna for her author's class at Ringe Library, and Lea for her gymnastics class, also in Ringe (as it turned out, gymnastics had been cancelled, due to the gym hall being in use for exams, so we got to play a bit more, but did not finish in time for dinner, after which we opted to relax a bit in front of the telly).

We shall pick up on the game tomorrow, I hope, as I need the table cleared for Sellswords and Spellslingers on Saturday.