As mentioned yesterday, Lea and I started a third game that we did not finish

Obsidian Squadron and Black Squadron swept in to intercept the Rebels. 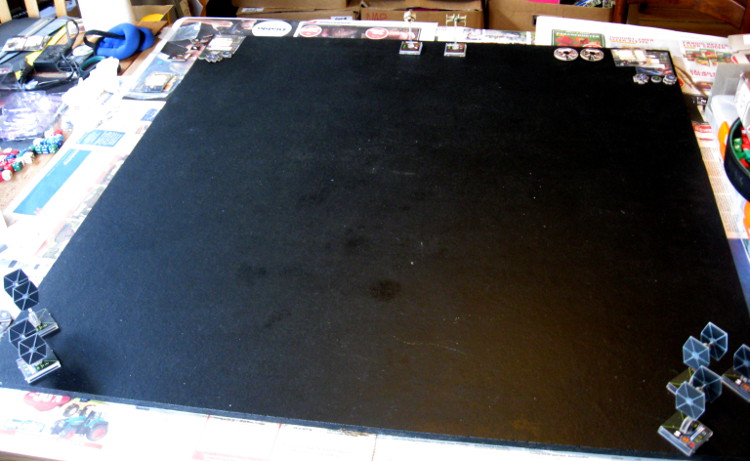 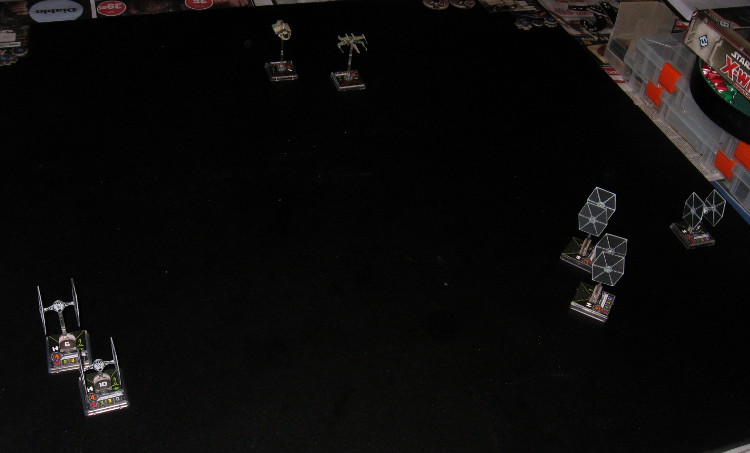 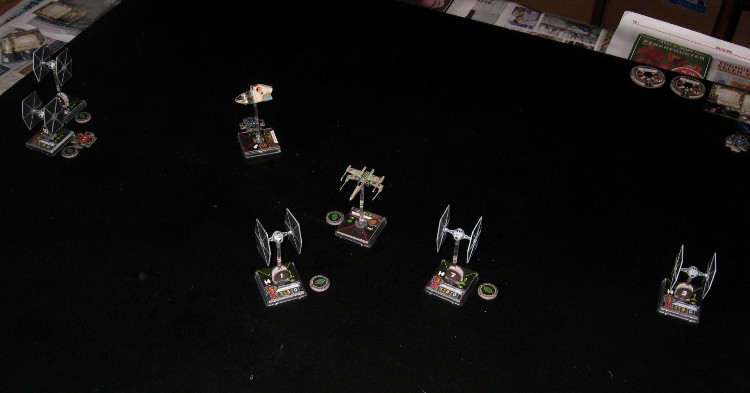 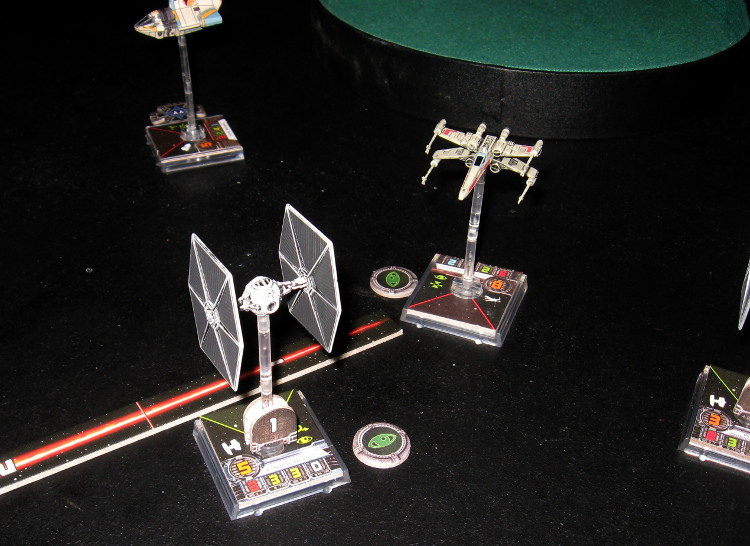 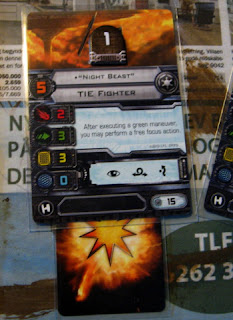 
His wingman opened up on Phantom II, but missed! 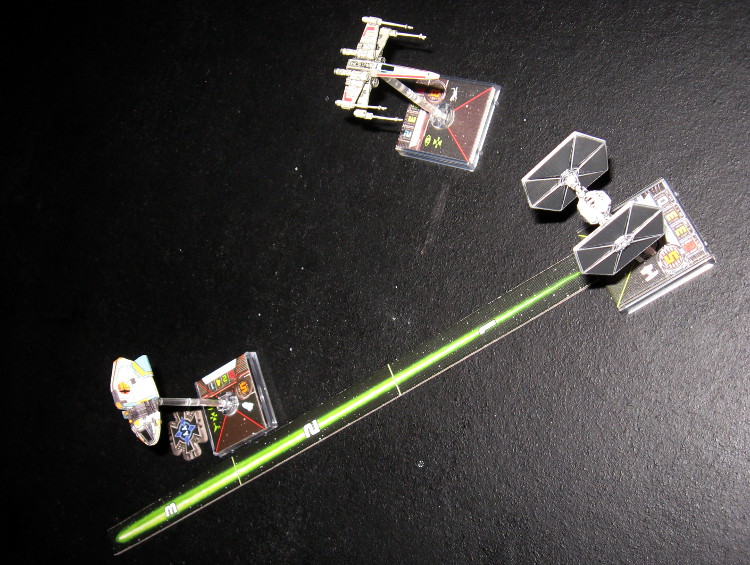 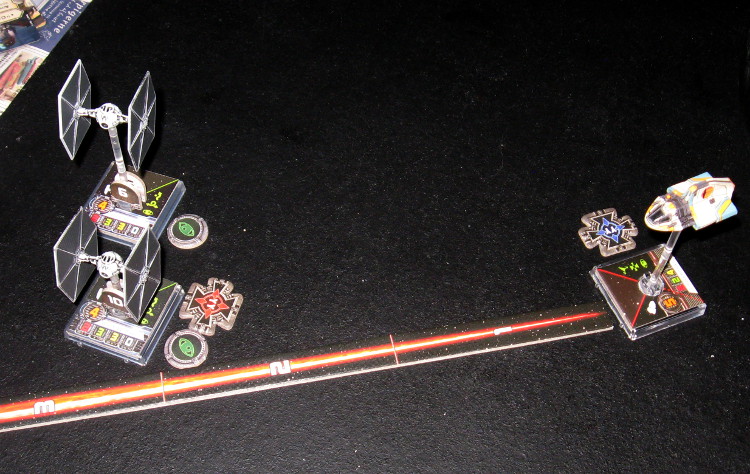 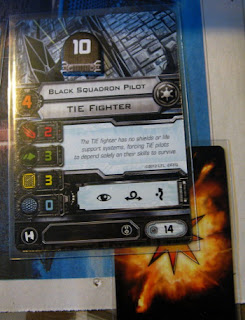 Ezra, on the other hand, found his mark and the Imperial pilots probably began to worry a bit. 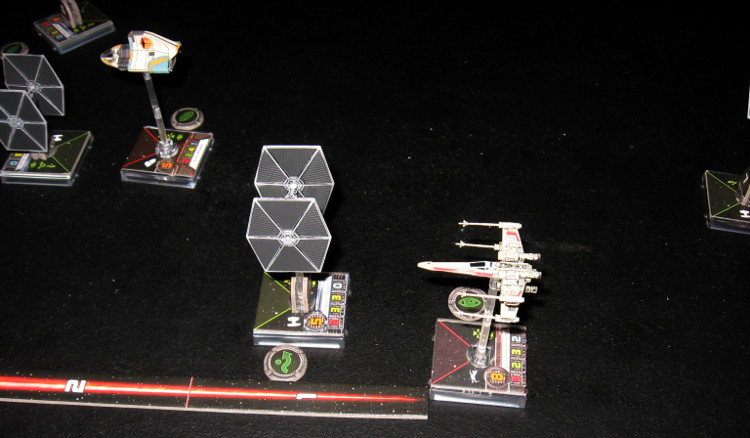 Night beast only avoided Luke's blasters by employing evasive maneuvers, but he was, understandably, distracted by being tailed by a Rebel Ace, and missed the Phantom. 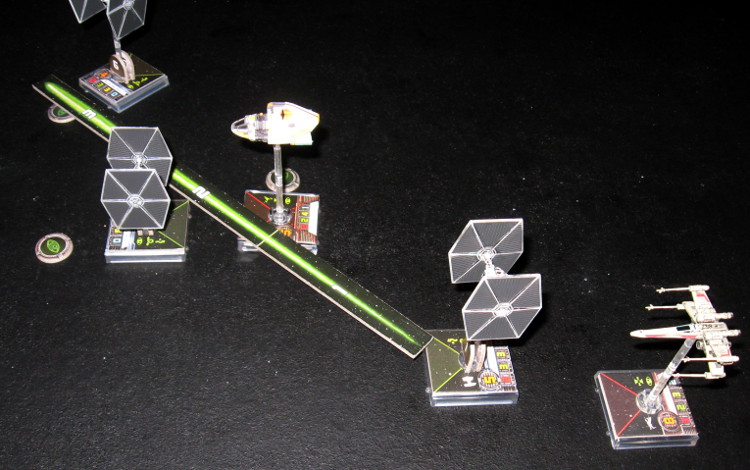 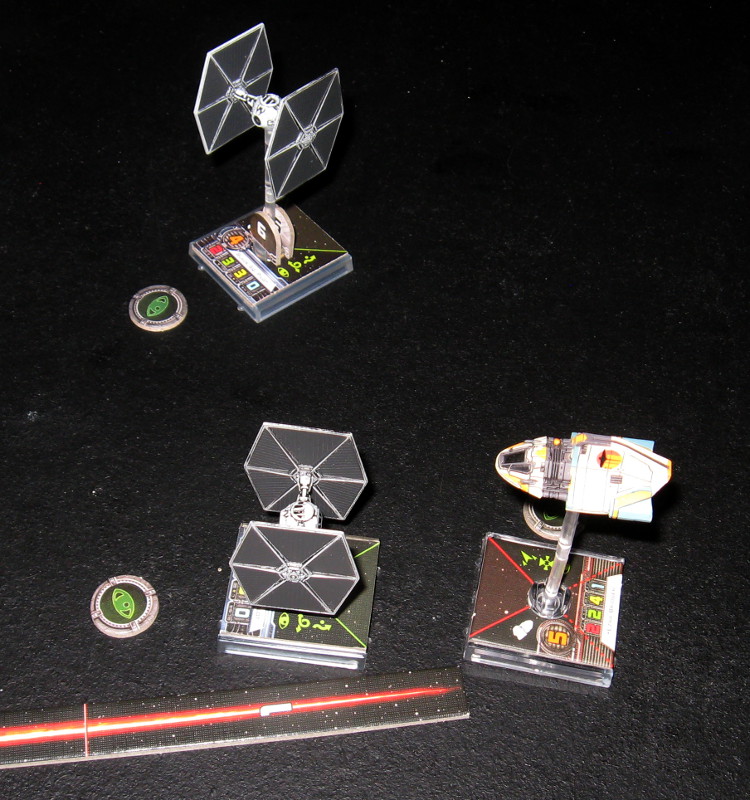 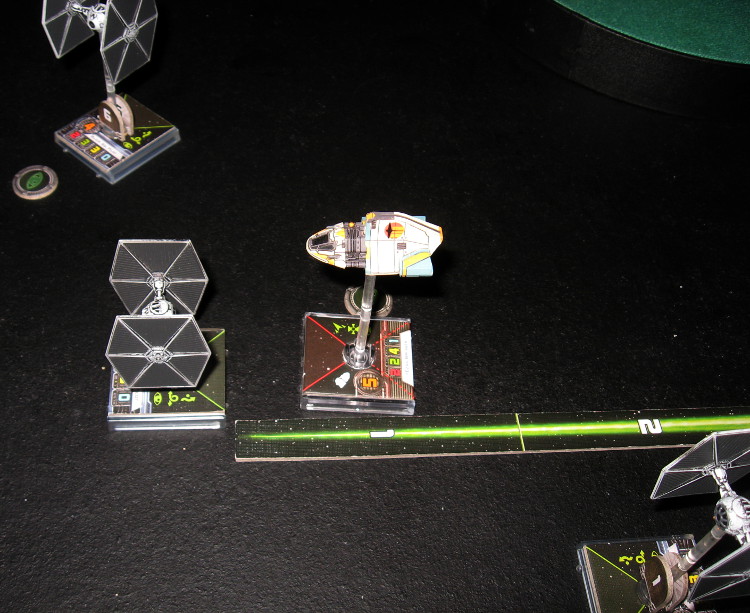 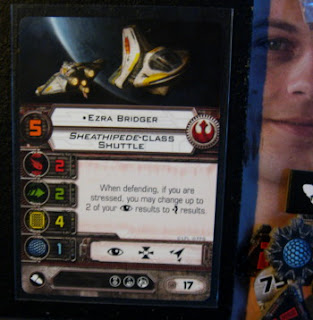 The Black Squadron Pilot returned fire, and knocked down Phantom's only shield.

One of the Obsidian Squadron Pilots tried to hit Luke's X-Wing from behind, but missed. 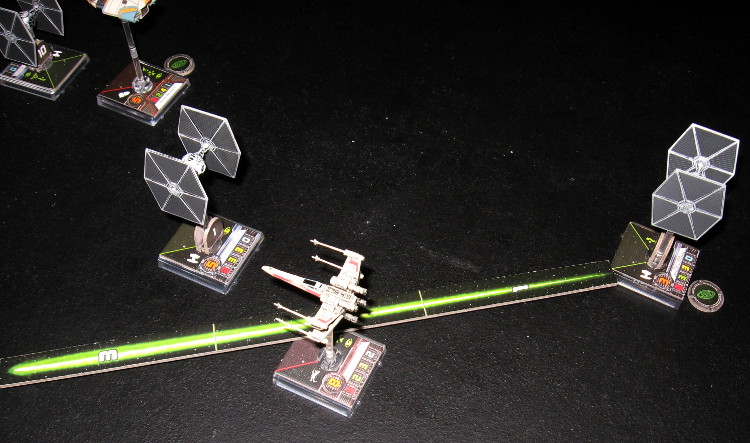 Close quarter fighting - actually not allowed by the rules; when bases touch, ships are passing over/under each other and cannot target. Forgot it. 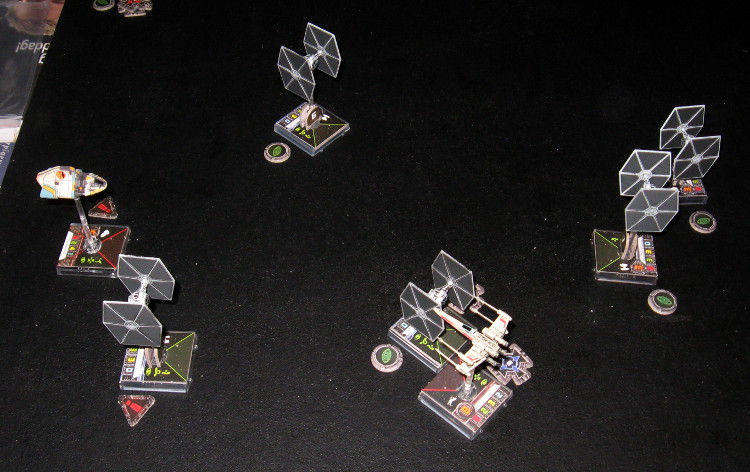 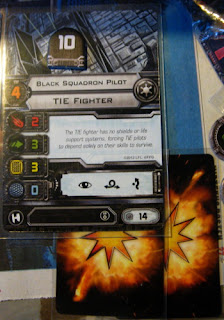 So, the TIE took two hits from the X-Wing.

This is how far we got, yesterday, and although we brought the game to a conclusion this evening, for lack of time I shall have to pause here, and make another post tomorrow about the rest of the game.