The Greenskin Shaman had used the 'Wait There!' Miracle, which was the reason for my battleline changing into an echelon. As I did not want to present the flanks of my Chariot and Formed Units to attack, I held back and let the Orcs come to me. Which they did.

The two enemy units in the centre now closed in on my left flank, and I despatched my Undead Knights to at least delay them. 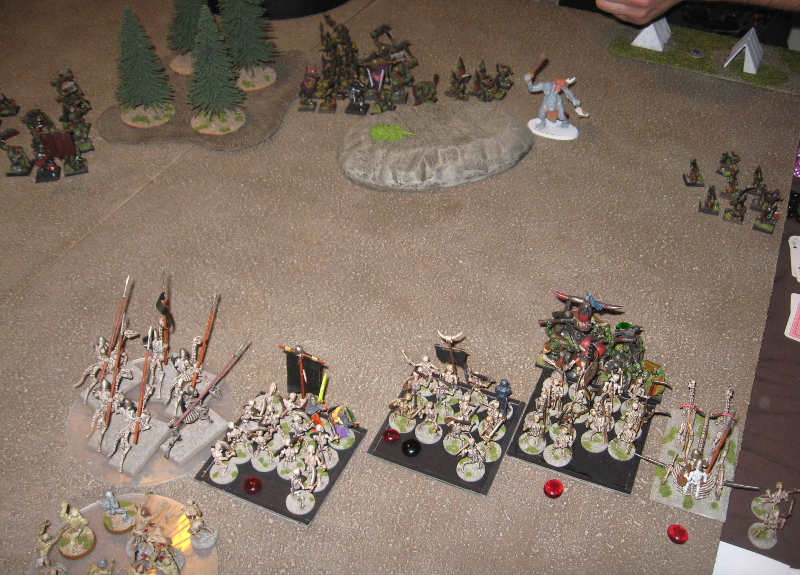 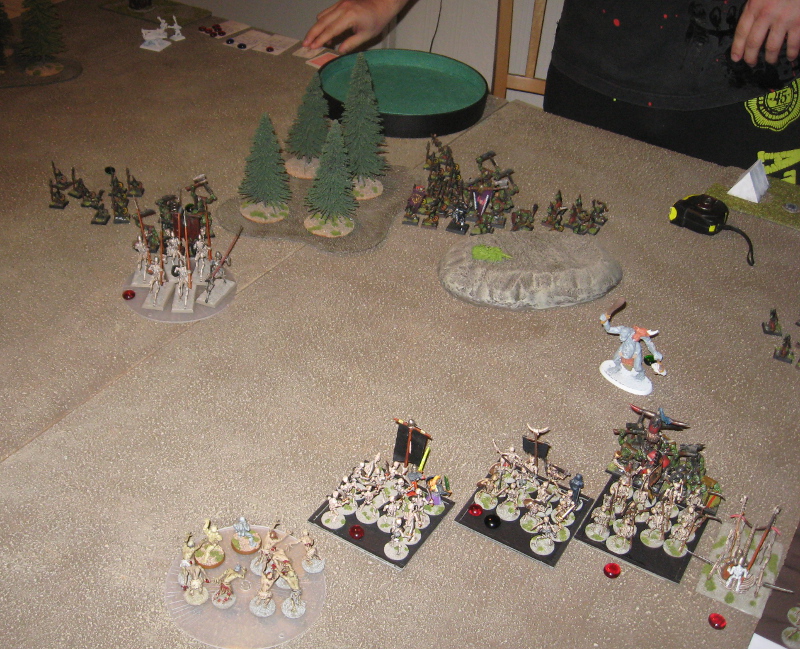 More War Orcs joined the fray. My Ghouls placed themselves to act as a bump on the road, if need be. 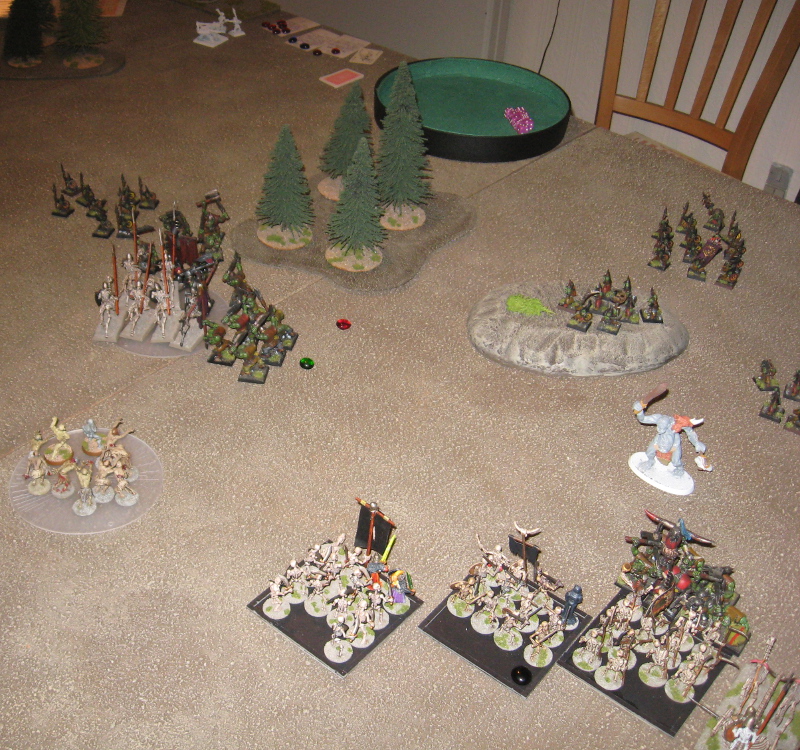 The Necromancer urged his Skeleton Warrior unit forward, and pushed back the Mountain Troll. 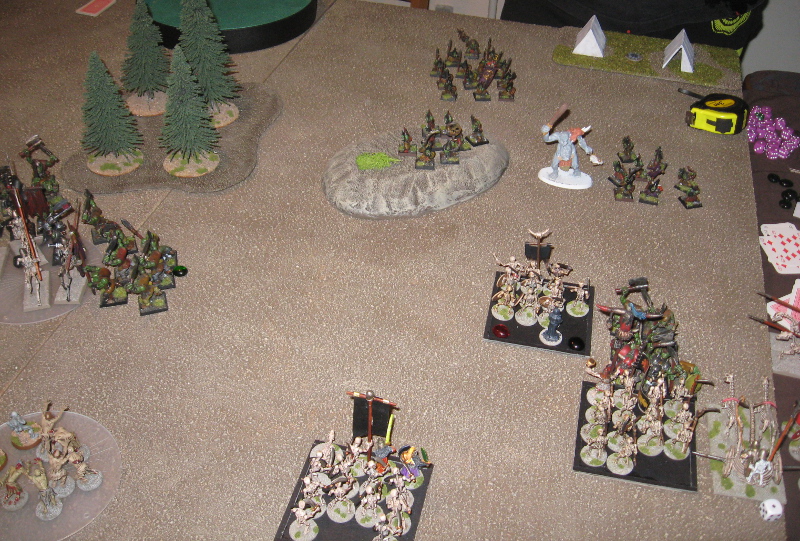 The other Skeleton Warrior unit, enhanced with a Blacksoul and some Skeleton Dogs, veered off to support the Knights. 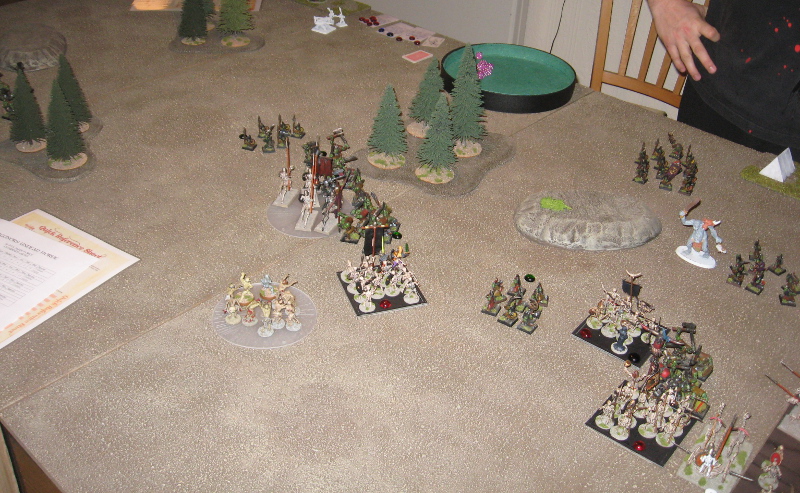 Lots of blood spilled, and bones split, in the ensuing grand melee. I shall have to read through the rules very thoroughly to check if we actually handled the situations correct. I have already found some things we definitely did not... 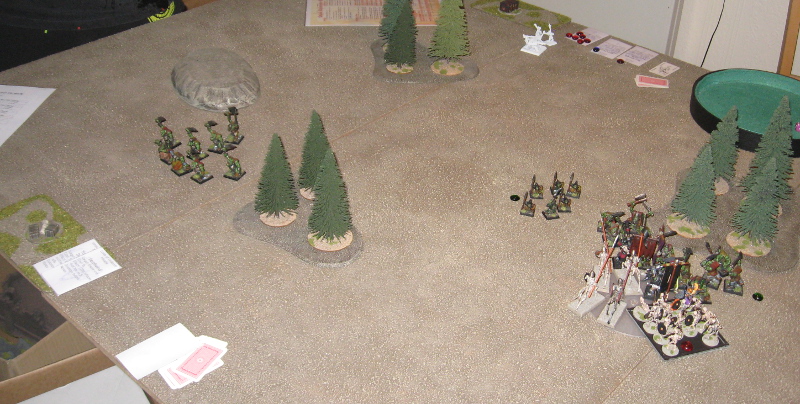 Some Goblin Pests (yes, they are called that), exploited the wide open gap in my lines to push forward and spray the Ghouls with arrows. The Ghouls may have been dug in, because all hits were saved. 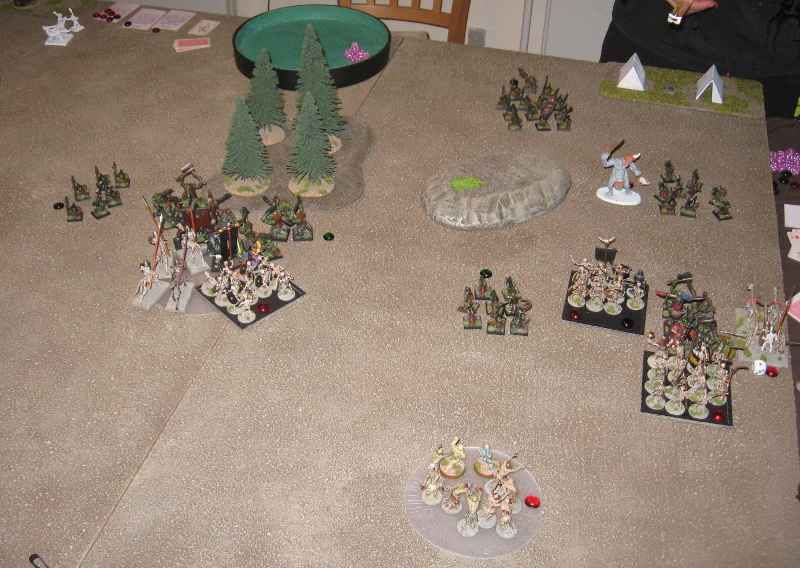 On my far left, the lone unit of War Orcs finally arrived at my Baggage Train. The Troll charged back in. This must have been in Turn 4 or 5 - it is a bit difficult to keep track of the turns because of the Alternate Activation sequence, but this is actually a good thing, as one is kept on one's toes all through the game. Love it! 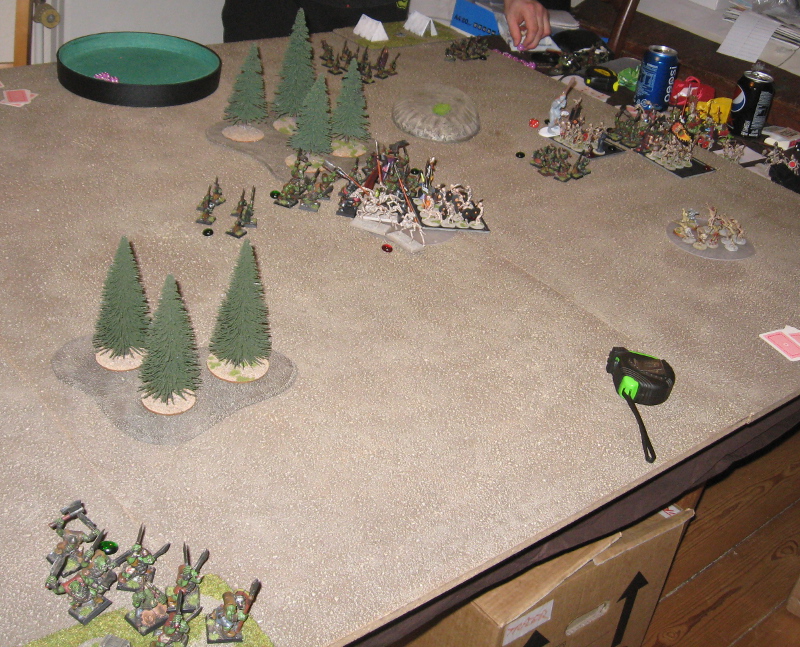 Although I - as always - rolled some very catastrophic batches of dice, and kind of felt that nothing I did was all that successful, things slowly but steadily went my way. The two units of War Orcs in the centre were worn down and finally routed, and the War Orcs on my right flank were nicely tied up by the Skeleton Horde, which, helped by the Necromancer raising new Skeletons, refused to be annihilated, and the Mountain Troll was pushed further and further back by the Necromancer's unit of Skeleton Warriors.

My almost 'oblique order' of battle effectively kept the War Machine guarding the enemy Baggage out of the battle, while the Orc Warlord swallowed the bait left out for him, taking another unit of War Orcs out of the equations.

Although my initial battleline was now disrupted, the Greenskins really did not have the units to exploit it, and my vulnerable flanks could not be threatened in force. 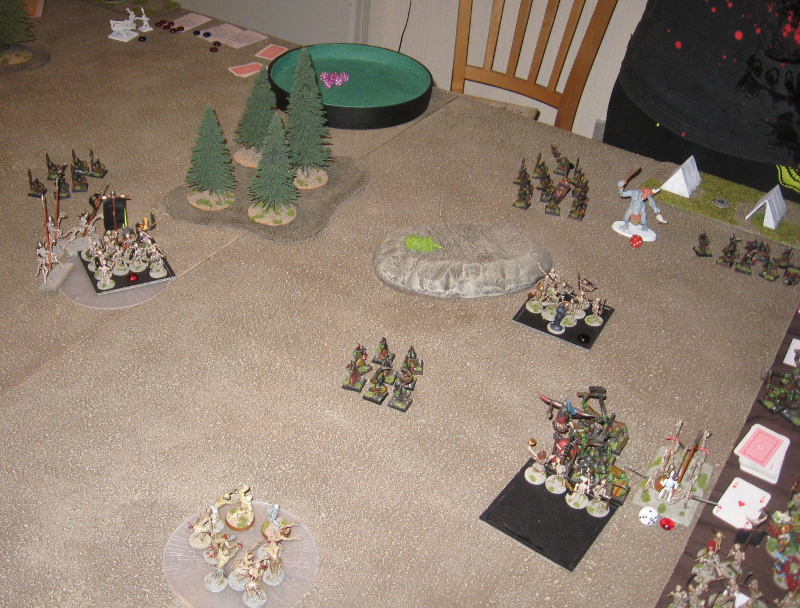 The last Goblins in the centre were despached by my Knihgts, who now prepared for a wild charge at the lonely War Machine. The Orcs manning it loaded and prepered to sell themselves as dearly as possible, with no hope of help arriving in time. 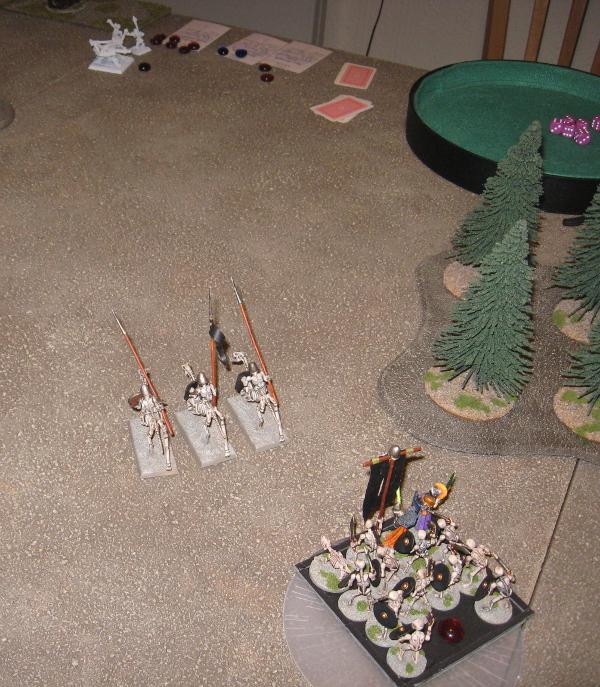 The Ghouls seemed bothered by the constant hail of arrows from the Goblin Pests, and decided that the little buggers would make a nice snack. Nom nom! 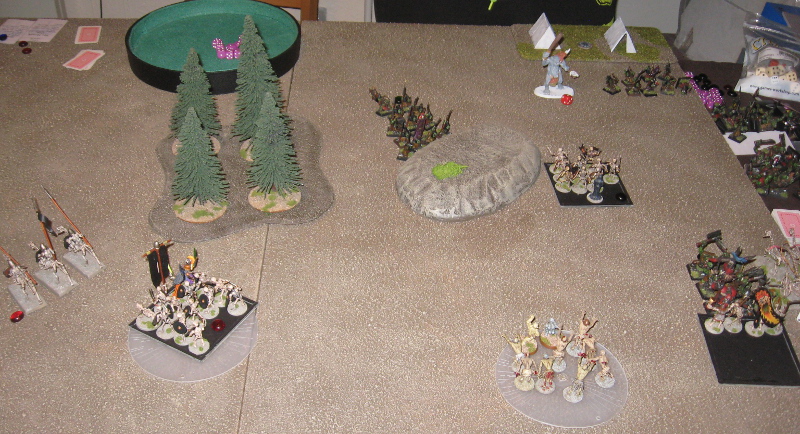 This concludes the second part of this AAR, as I have some other stuff to attend to (and another post to write). The third and last part will be written and posted tomorrow.
Posted by Argonor at 21:21