I had a game this evening, with my relatively new gaming buddy, Kevin - and it was a blast, as will be showed in this multi-part AAR (I shall not be able to get all the photos cropped, and the full report written, before it gets late - we finished the game at 23:00, so already pretty late).

As mentioned earlier, I decided to give my Lords of Undeath army another shot - this time at 36 points, which means I had to field my Undead Knights, but also that I could bring both my Necromancer and an Undead Chariot to the table.

As I expected, Kevin's Greenskin horde outnumbered my shamblers quite a bit, and I opted for a very tight formation in the corner containing my Camp, while Kevin spread his line along most of his table edge, This of course meant that I left my Baggage Train wide open to be sacked, but sometimes a Necromancer has to set his priorities straight, and as most of my army would not need any physcal sustenanc, it was a gambit I felt I could afford.

As the Orcs, not surprisingly, cored highest on the Agression Roll and thus were the attackers, I could deploy my Camp and Baggage plus a couple of units (actually, I miscalculated and only deployed one), after which Kevin had to deploy his whole army. I was quite pleased to see that he placed his Light War Machine in front of his baggage, out of reach of the area I planned to deploy in.

The Orcs, not surprisingly, opened the ball by sending a unit of War Orcs forward on their extreme right, intending to take out my Baggage Train. I started a slow but steady advance towards the enemy left with my entire army. 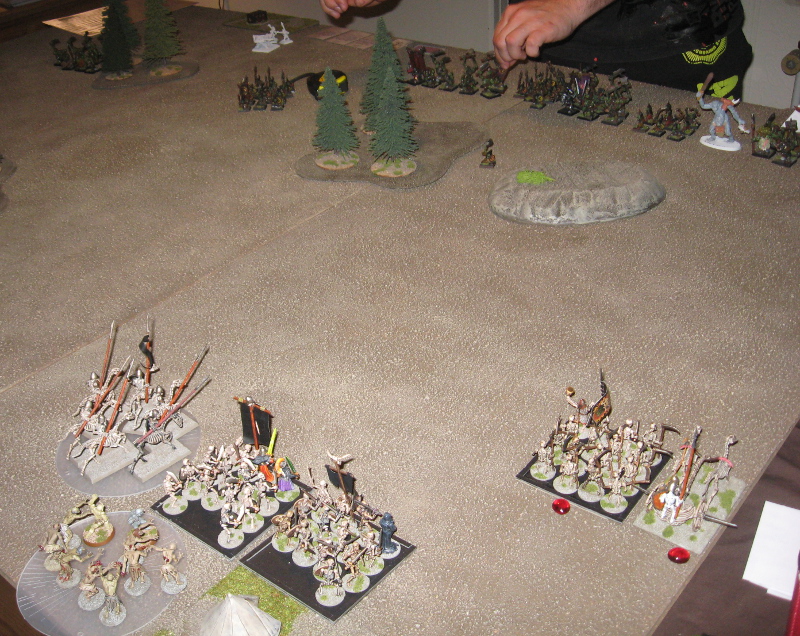 The green tide started surging forward, around and between the scenery. 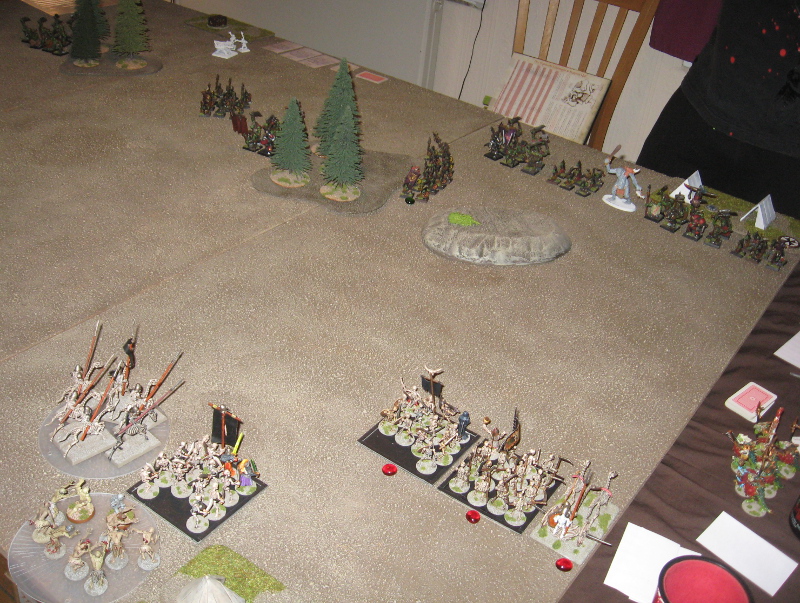 My line formed to meet the threat. I began to feel a little worried about the units circling the woods in the  centre... 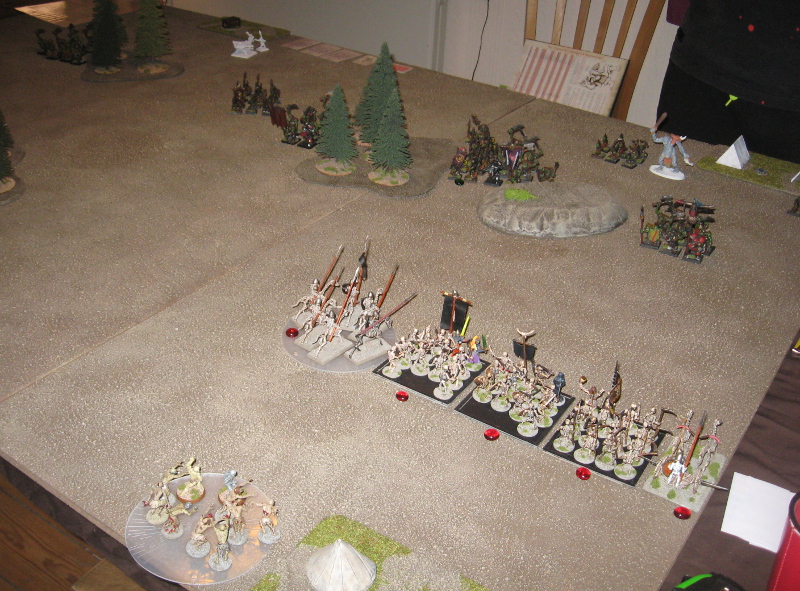 The hills are alive, with the sound of Orcses! 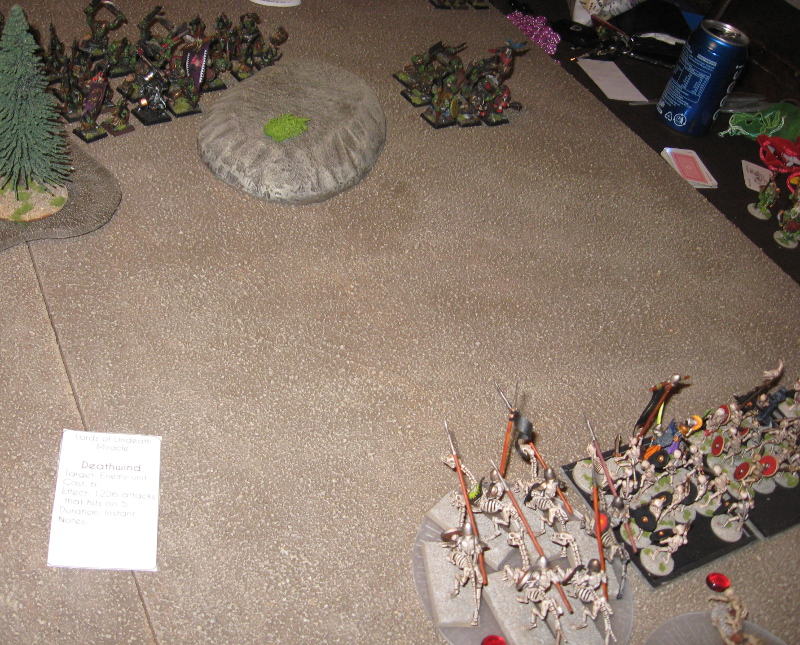 "They have a Mountain Troll!"
"Leave the Troll to me!" 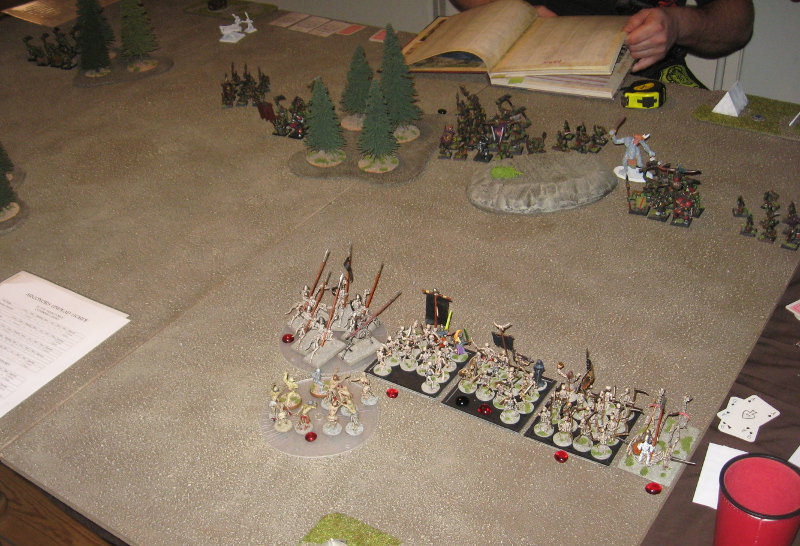 A rare view from the far end of the battlefield. I simply love the way this game plays, and how you can really see the different styles of play of the two armies! 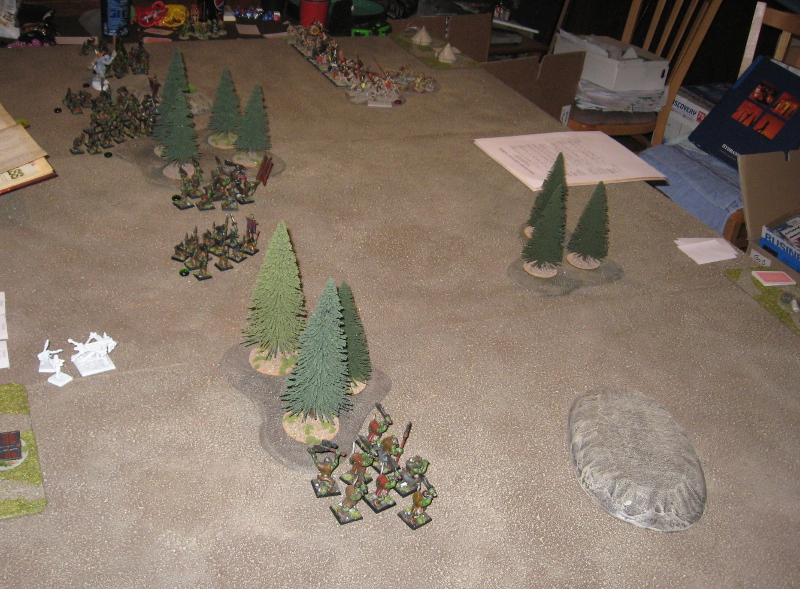 The War Orcs kept closing in on my Baggage Train, but I kept my focus on the enemies in front of my battleline. 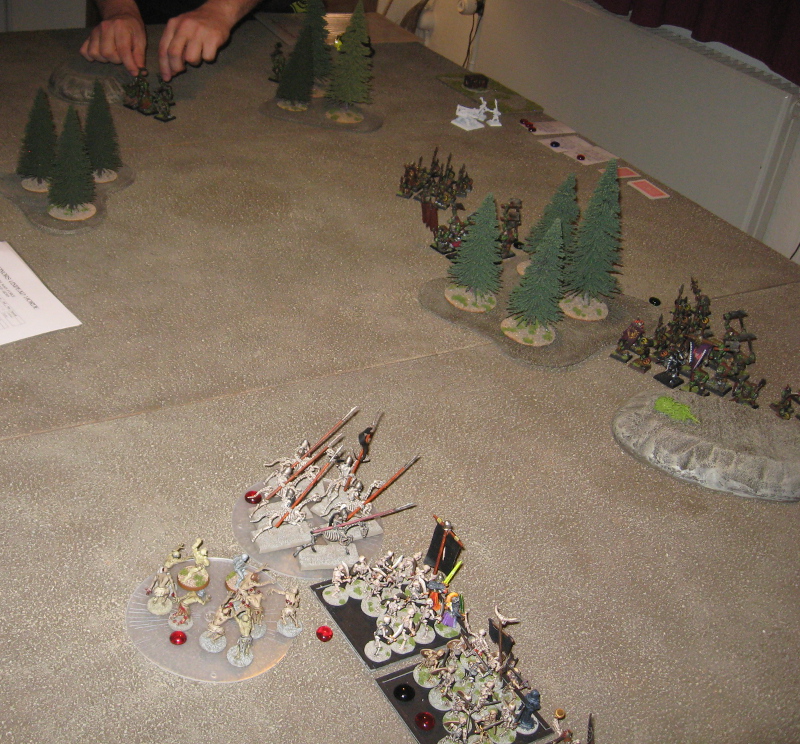 Things were about to get close and personal, and Spells began flying about and being countered. 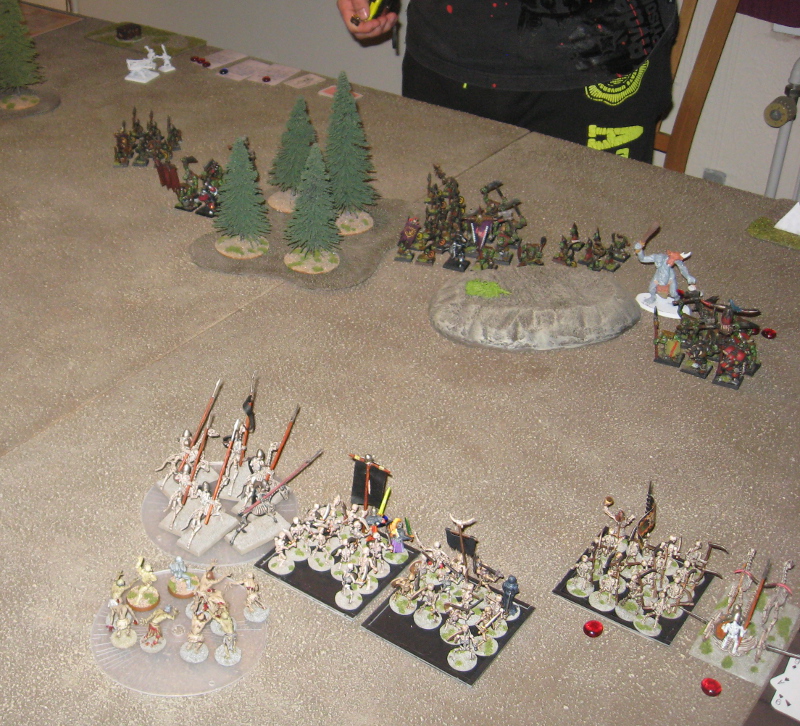 The most disruptive Miracle in this battle was my Deathwind, which with its 12D6 Attacks on any unit is a factor to be counted - even though the 5 To Hit is not overly powerful. The Goblin Rabble here just lost four of its numbers to the might of Argonor! 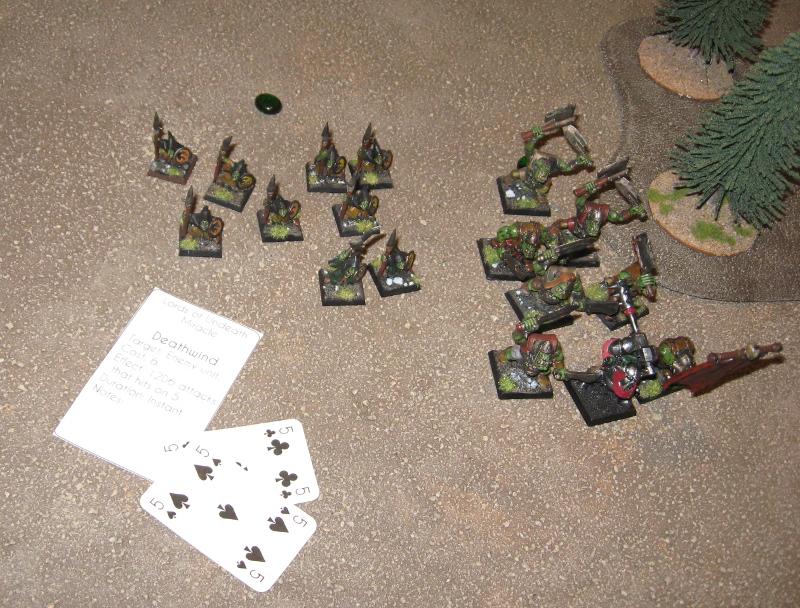 It is getting late, now, and I have to get some sleep. I shall continue this AAR tomorrow, so stay tuned!
Posted by Argonor at 00:58