Here they are, all 16 Perry HYW French Spearmen, that I am going to use as a Mercenaries pike block for God of Battles - but of course also for other purposes, such as SAGA/AFS - I have decided to get SAGA 2nd Ed. when the fantasy rules come out, and I expect Studio Tomahawk to also cover the HYW with a 'worldbook' at some point, but in the meantime I could them for the AFS Empire faction.

I gave them the CBLPCF-treatment today, and they are now drying wit the study window open, as the poly cement is giving out a lot of fumes that I do not want to inhale.

As soon as I have finished assembling/building the two command models for my Greek archers, I shall prime them along with these, as I do not want to pull the spray can out for two models. 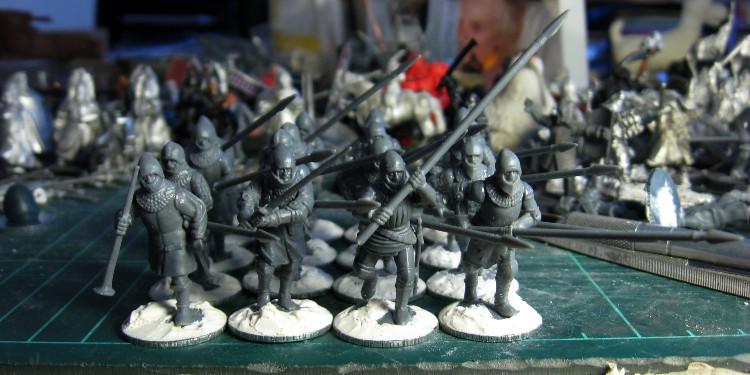