I had a gaming appointment this evening, so i spent half the afternoon setting up the table and the armies for another run of Black Powder, this time against Kevin. 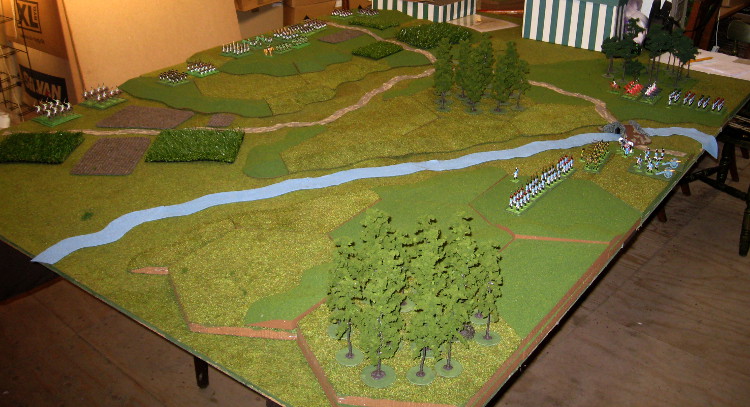 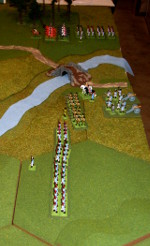 Kevin does not have his own 1:72 army, yet (although he has purchased some late Prussians), so I was putting him in command of my early Russians, facing my Bavarian division.

The Russian army is about twice a s big as the Bavarian, so I decided to play a scenario where the Bavarians have to hold back the Russian force for as long as possible,, to prevent them from uniting with the Austrians.

I arrayed the two armies, ready for final deployment when Kevin arrived.


Kevin got to move first, and the Russians, making extended use of column formations, advanced into the valley 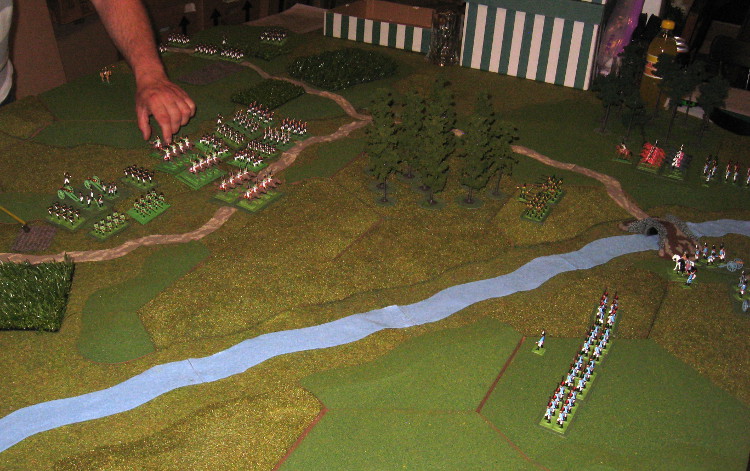 The Bavarians also advanced - the light infantry spread out and entered the forest on the ridge, while the left flank tried to seize the high ground, but failed. 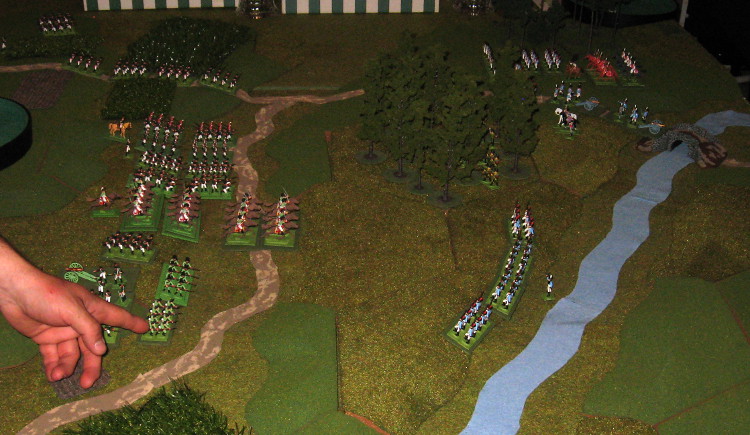 A Russian dragoon regiment swept forward, but failed to make contact with the Bavarian infantry., while the Russian Jägers outflanked the Bavarian line. 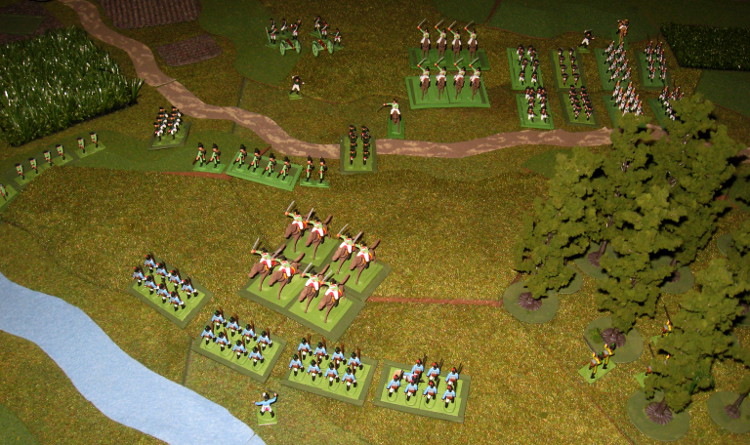 Enfilading fire by Sharpshooters is devastating, as proven by the swift annihilation of a Bavarian battalion, while another was driven back with heavy casualties. 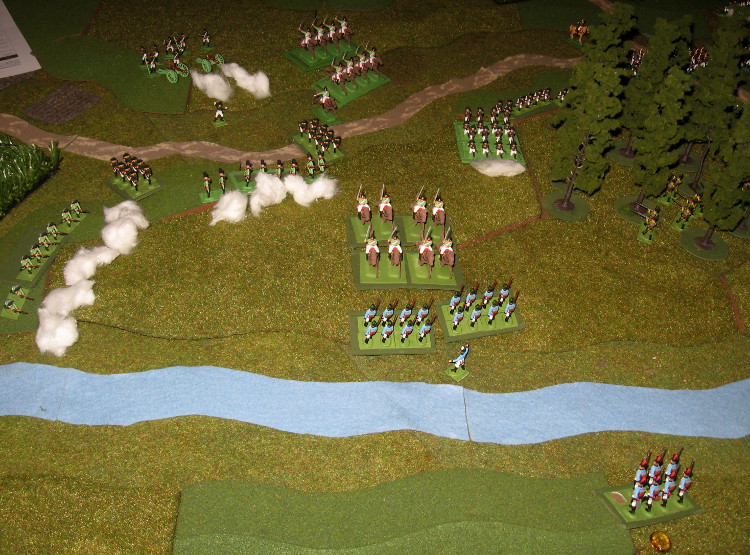 It is midnight here, now, and I need some sleep - I expect to continue this AAR tomorrow.
Posted by Argonor at 00:00