The Russian grenadiers now emerged from the valley and immediately went into action, one battalion formed line and opened fire at the Bavarian Dragoons, while another charged the forward battery and wiped it out. Ont the Bavarian right, the Russian squares fired at the Chevau-Légers, but without much effect. 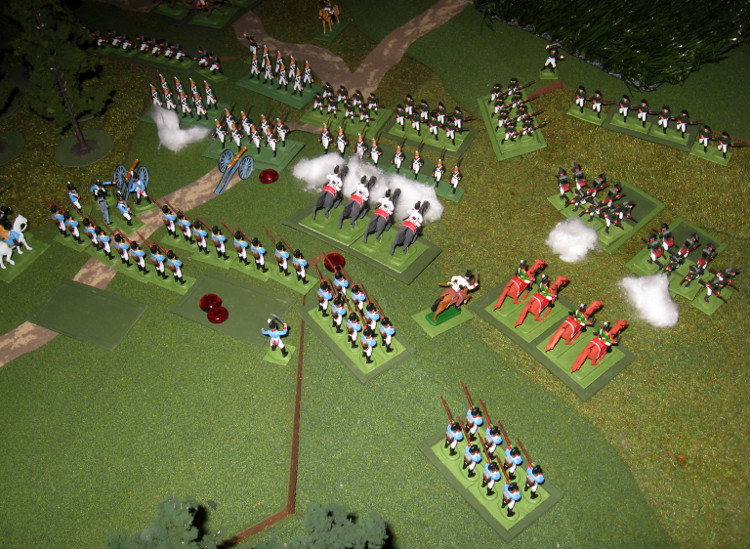 On the Bavarian left, although the Russian dragoons retired, things began to look bleak. The Russians we outflanking the thin blue line, which began to waver. We maybe should have ruled they were in dead ground for the Russians on the back of the ridge, but this was only my second, and Kevin's first, game, so as earlier stated, we are not quite at grips with the rules, yet. 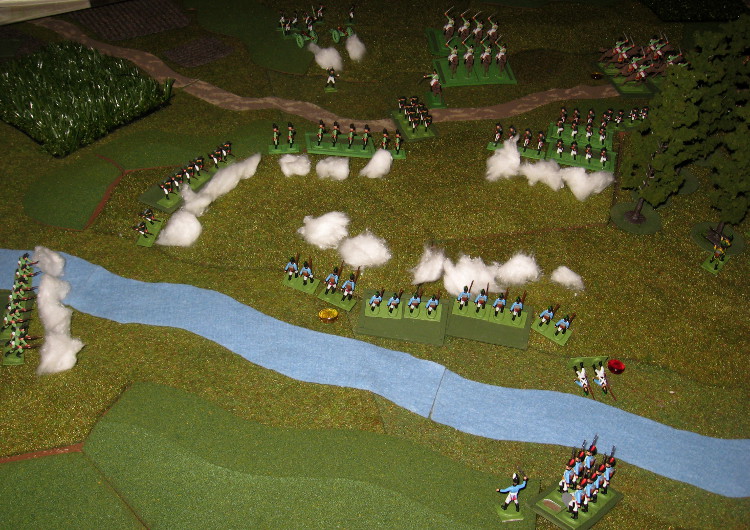 On my right, one of my line battalions, appalled by the slaughter of the artillery crews, charged the  Russian grenadier column, but the fight was a draw, and the melee continued. I wanted the two battalions on the far right to advance and attack the Russian squares, and again I should have let them use Initiative moves before doing anything else - I really need to get used to that rule, as it will do away much of the frustrations arising from failed Orders. 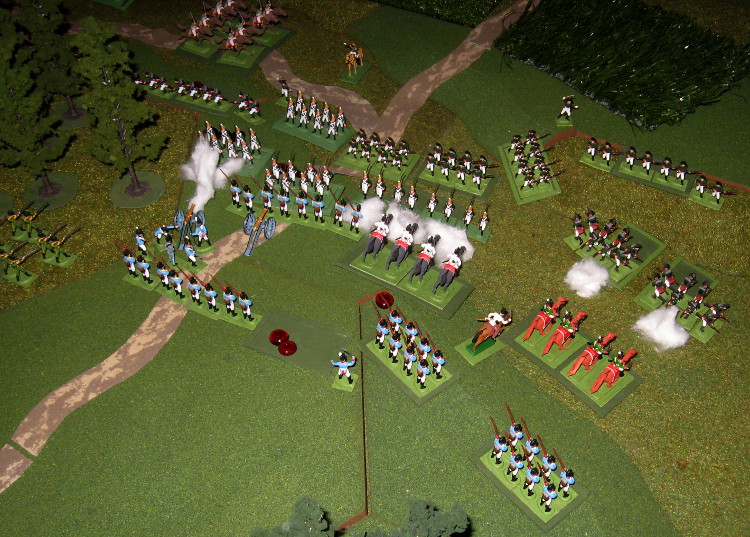 The situation on my left flank. The Bavarian general had repositioned himself to take control of the brigade, but a little too late. 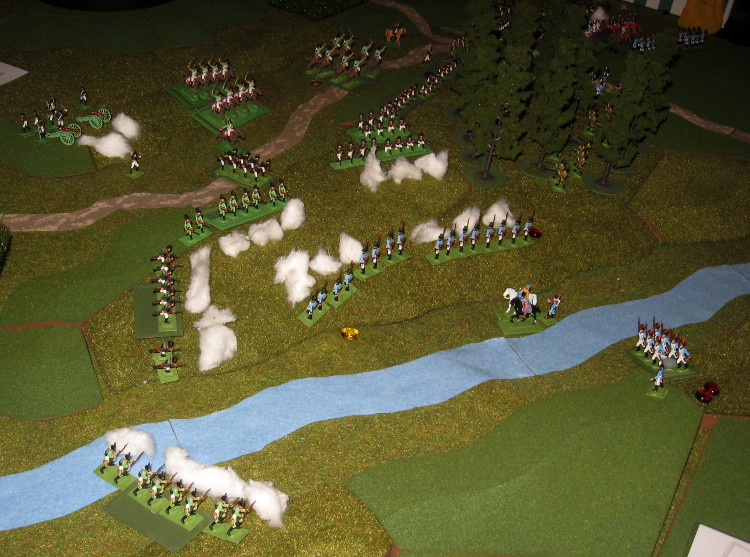 A Russian dragoon regiment doubled behind the infantry and got in position for attacking my shattered line from the back. 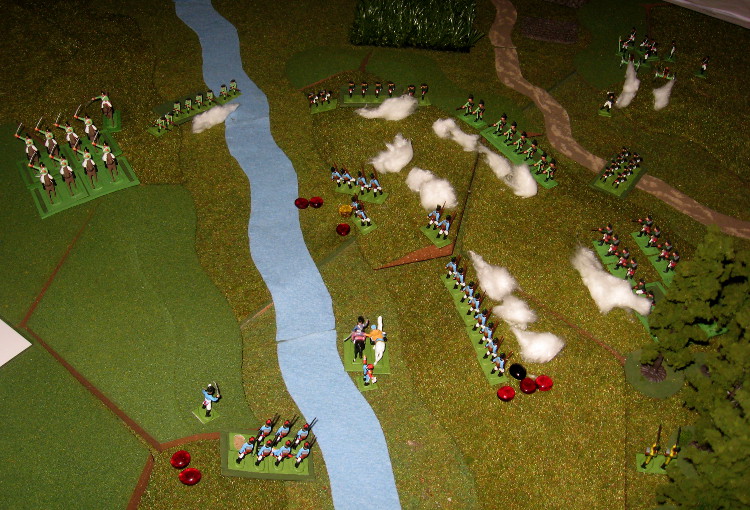 A general must know when a battle is lost, and the Bavarians sounded general retreat to avoid being totally surrounded. Here is the situation on my right, when the signal was given. 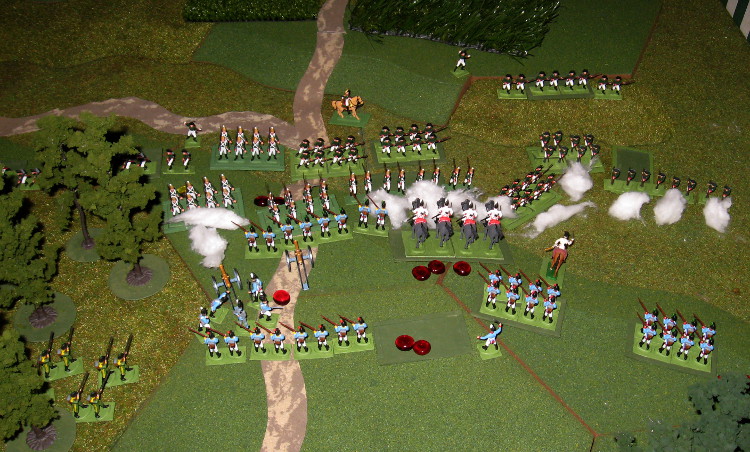 Of course, it was only a matter of time, before the Bavarians would be overrun, as the Russian force was more than twice the size, so things just took their natural course.

My thoughts after the first two games:

It looks and feels very 'napoleonic' - we still have to fully get to grips with the rules, but as more games are played, I, at least, should begin to have learned more of the basics by heart, so I can begin to focus on the more detailed aspects.

It is, of course. a 'light' game, as rules for this period go, but that just makes it easier to use for quickly arranged gaming appointments, as you don not have to read up on a thick volume of rules before getting stuck in, so that is fine.

I am yet to see a decisive charge, so maybe it is not as effective as I first thought, but we shall see about that...
Posted by Argonor at 11:43