Instead of cleaning more plastic Greeks when getting up this afternoon from sleeping after night watch, I set up a table for playing Galleys & Galleons with Lea (it was raining for the first time in over a month, so tennis was out of the question).

Lea took command of a small Pirate fleet, while I commanded a British Man'o'War trying to clear the archipelago of scum and villainy. 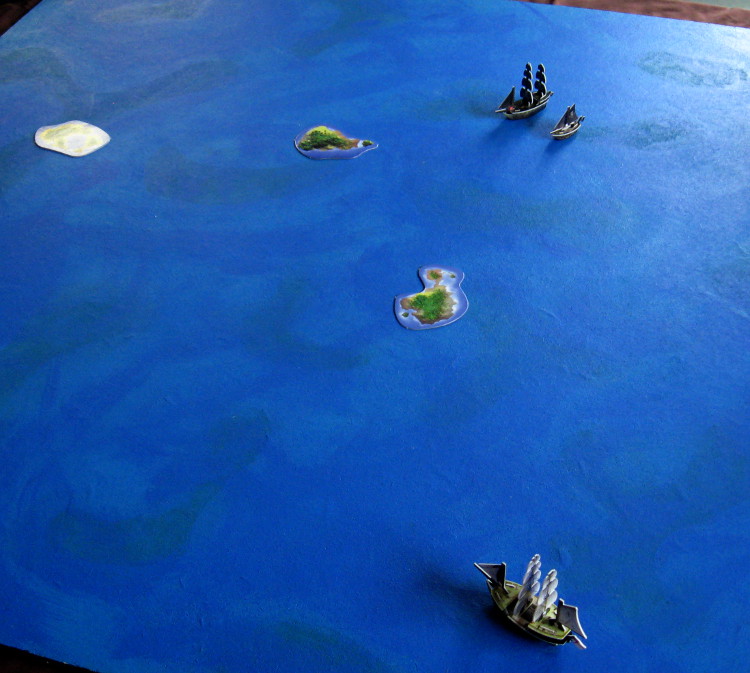 The first couple of turns of course consisted of a lot of maneuvering. 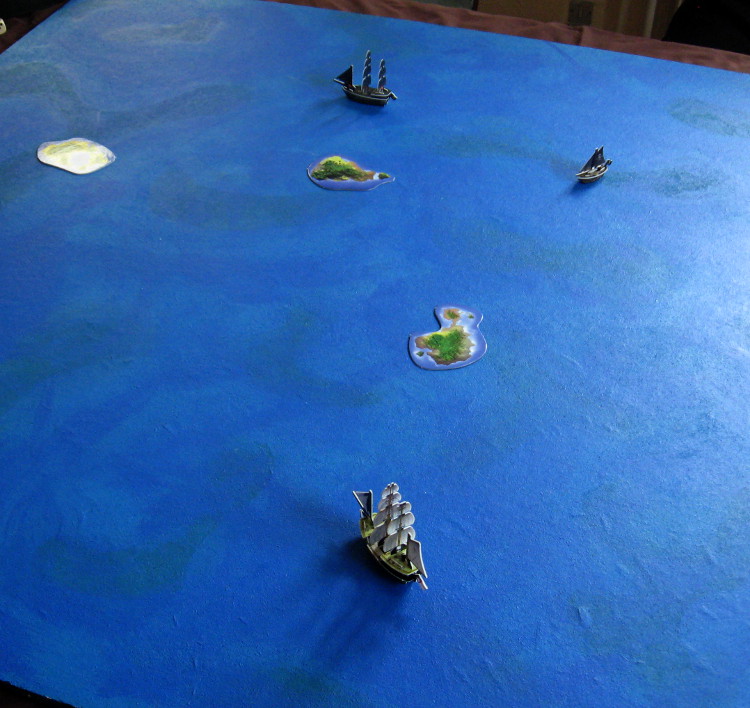 The largest Pirate vessel came too close to one of the islands, and took Damage. 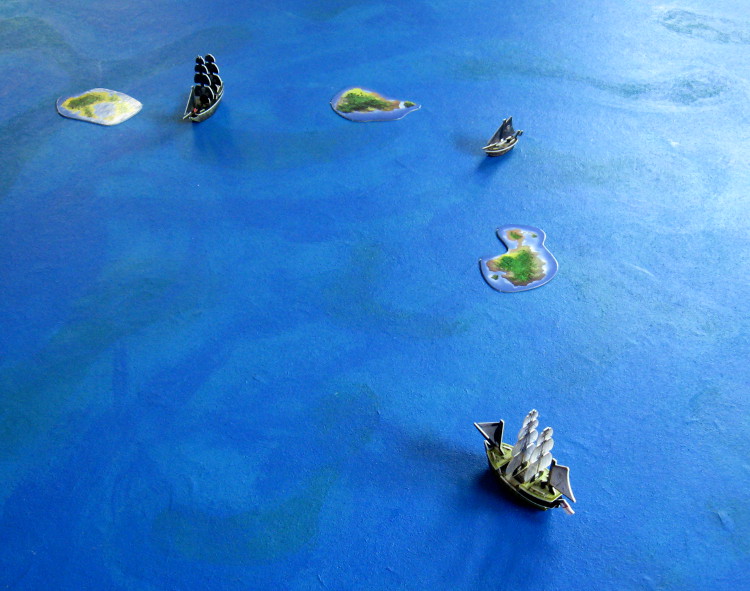 My ship got in range, and opened up on the Pirate Xebec, and scored a single hit... 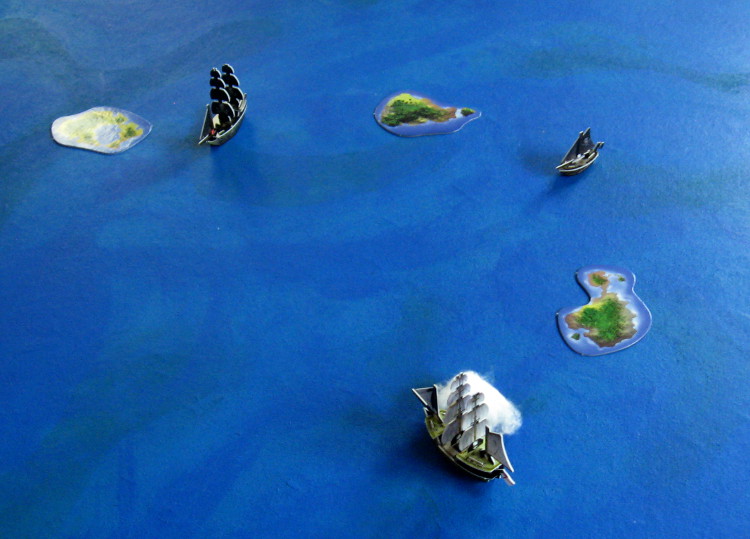 ,,,then altered its course slightly. 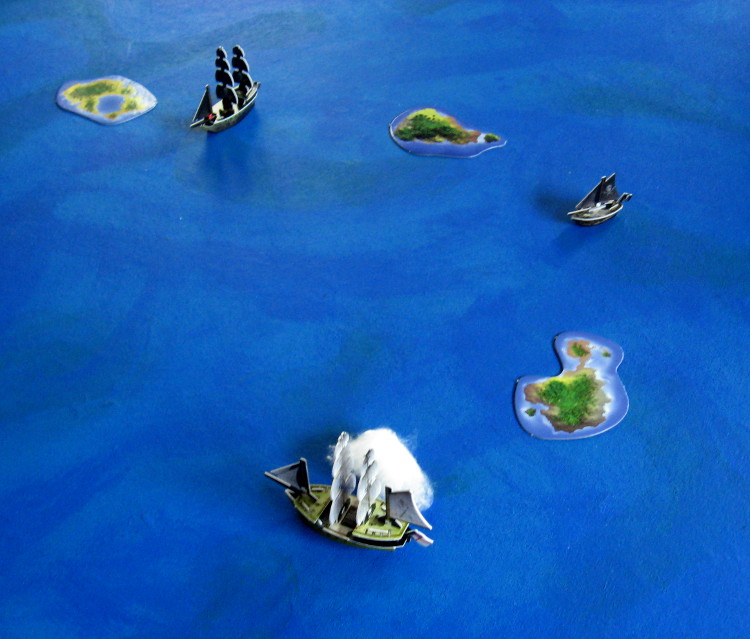 The Pirate Frigate turned 'In Irons', and fired its bow chasers, but missed. 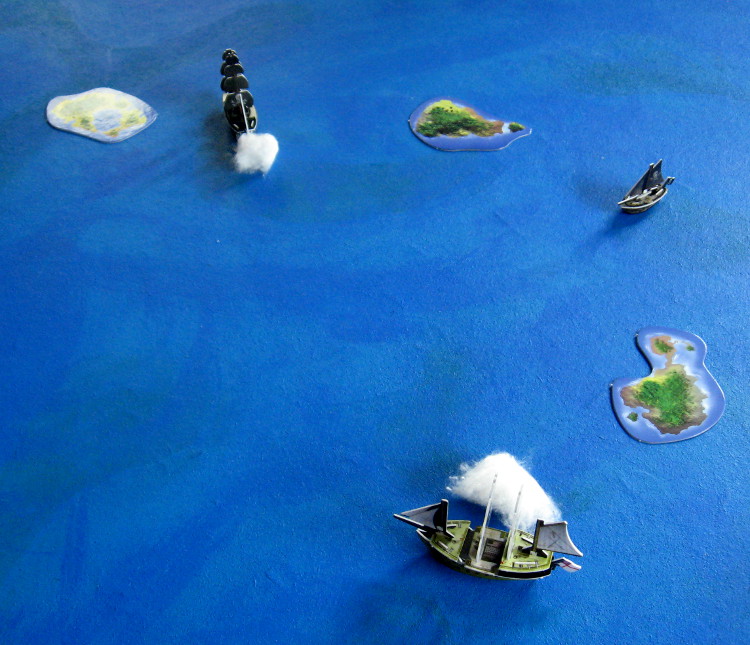 The Xebec raced closer and fired at the Man'o'War, but also missed. 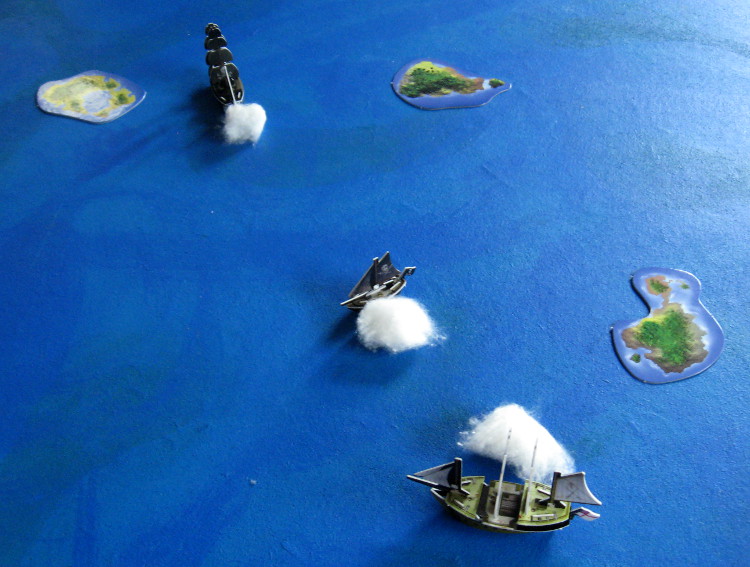 I took the opportunity to fire a Full Broadside at the Xebec, but completely missed. 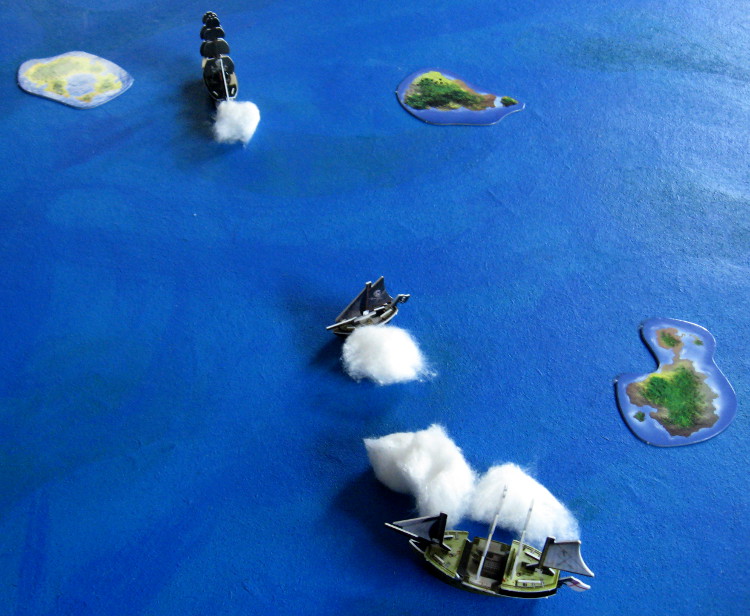 And this concludes the first part of this AAR, as I have to get ready for going to work later this evening. I may manage to get the next part done during the night, if things are calm at work.
Posted by Argonor at 21:35