It is getting late, again, as we just came back from the movies (Solo: A Star Wars Story), but I thought I should continue the AAR from last night's game of Black Powder.

The Bavarian light brigade stubbornly refused to move forward through the forest (on hindsight, I should just have let them move on Initiative, but I have not got the hang of that rule, yet...), while some of the line infantry deployed in line to receive the approaching Russians (now hidden in the valley) with some hot lead, and the artillery crossed the bridge.

The Russian line firing over the heads of their companions should not have been allowed to do so, as only artillery can shoot over troop formations, but I did not bother to check at that point. 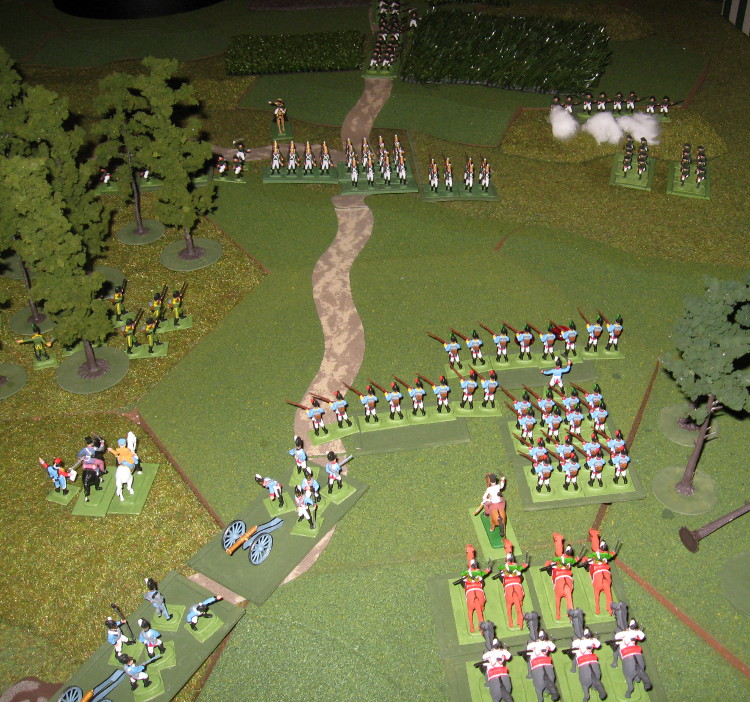 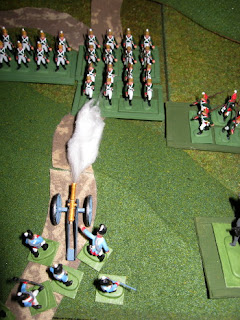 One Bavarian battery advanced far enough to open up on the massed column of grenadiers advancing across the valley, but it seems they forgot to aim in all their haste (what is the chance of that roll?? 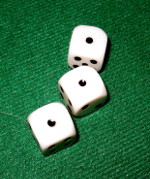 Well, at least the cannon cannot explode or something (I think...).

Bavarian shooting was very bad that day in general - two battalions forming line and firing point blank at the Russian dragoons without causing a single casualty is all the testimony one needs for that!

The Bavarian brigade general managed to rally the battalion that fell back a bit earlier. 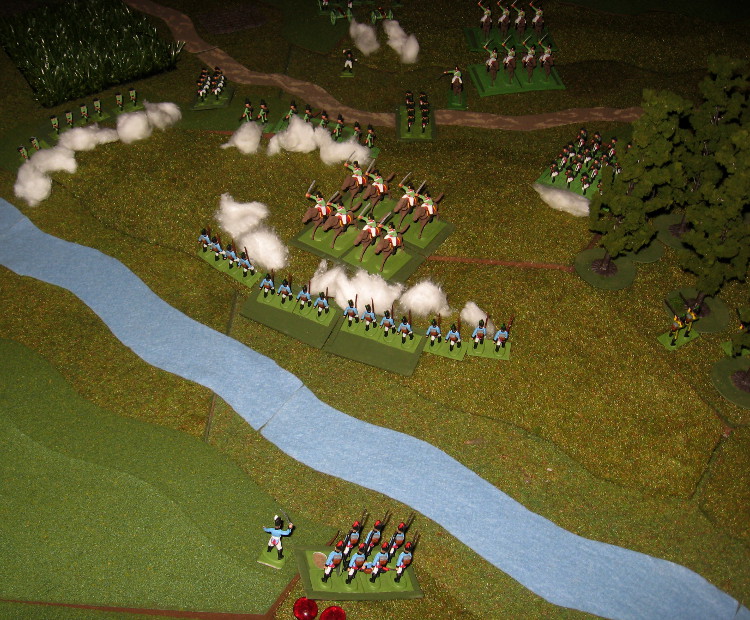 The Bavarian cavalry brigade went into action, but the Russian infantry formed squares, stopping the attack in its tracks. 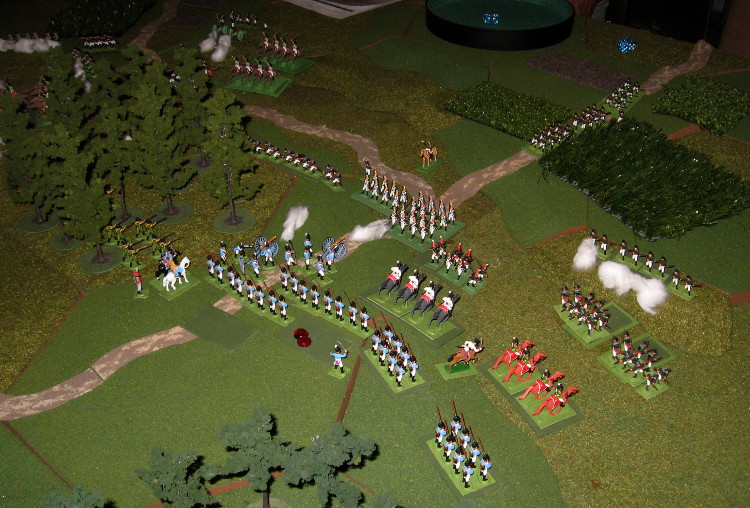 This is it for today, we are again close to midnight, and I have some windows to close, and a dog to let in, before going to bed.
Posted by Argonor at 23:46