Tomorrow, I have an appointment for play-testing the four-player scenario I am preparing for Horisont VIII. We are going to control two warbands each, which may influence the outcome, compared with a game where each player has only one set of objectives (especially the attackers will have to compete for victory points), but the test primarily has to show if some adjustments to the way the relief force and the raiders are brought onto the table. The defenders and the civilians will have to set up within 3" of a building, except the farmer himself (guy with sling), who may set up anywhere in any field. 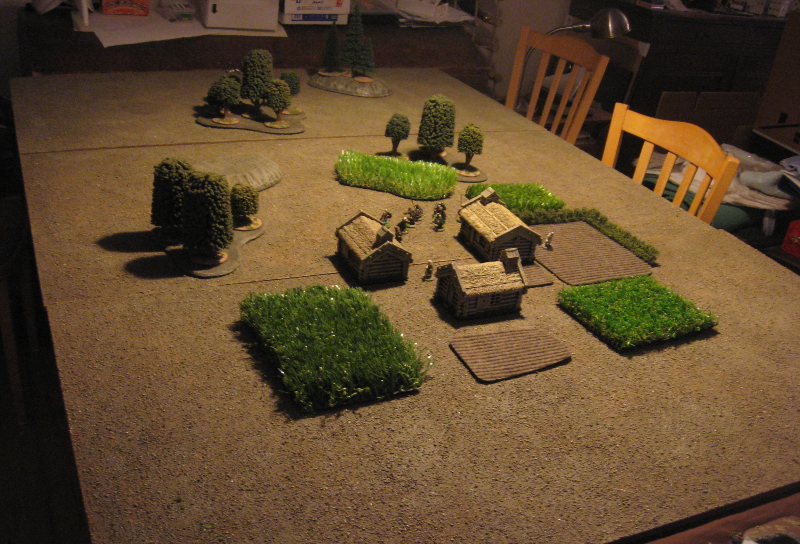 The raiders are spread all over the area, searching for easy prey and plunder. They are brought onto the table in the following manner: When a model could be activated, roll a d6 for it:


Each raider can only attempt to arrive on the table once per turn. It should be marked off-table as activated if it fails.

A raider who arrives on the table may be placed anywhere on any of the 3 table edges not used by the relief force, and it may perform an activation right away. 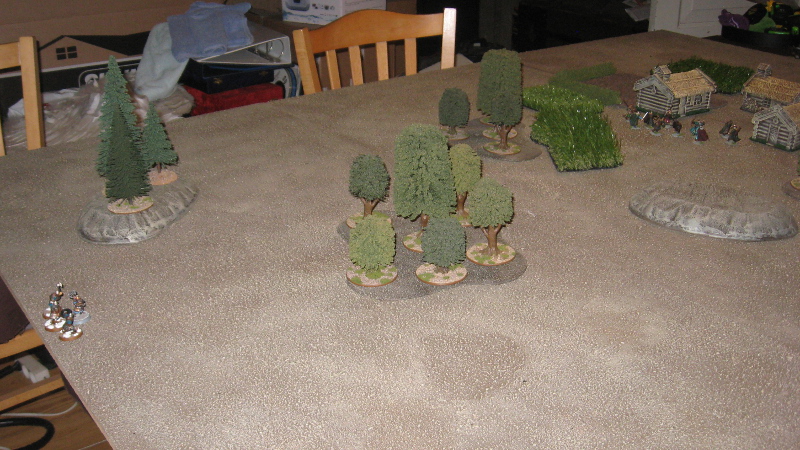 The obvjectives of the raiders are to kill and/or capture as many civilians and/or enemy warriors as possible.

The defenders and the relief force primarily scores by bringing civilians to safety by escorting them off the table via the far table edge (from where the relief force enters). They will also score some victory points by killing opponents, but not as many per enemy model killed as the opponents score by killing them. 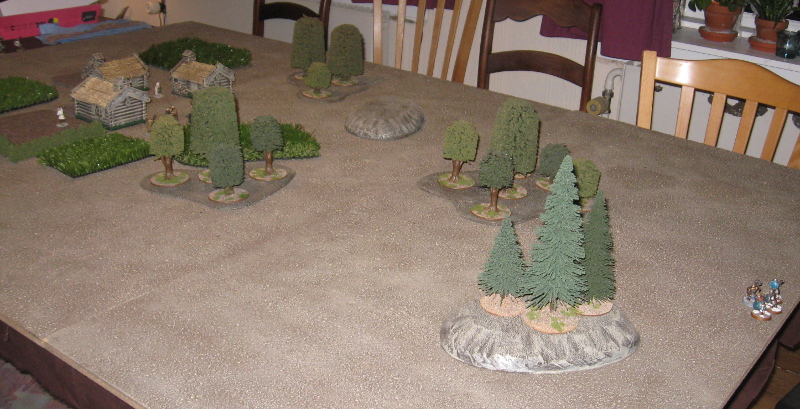