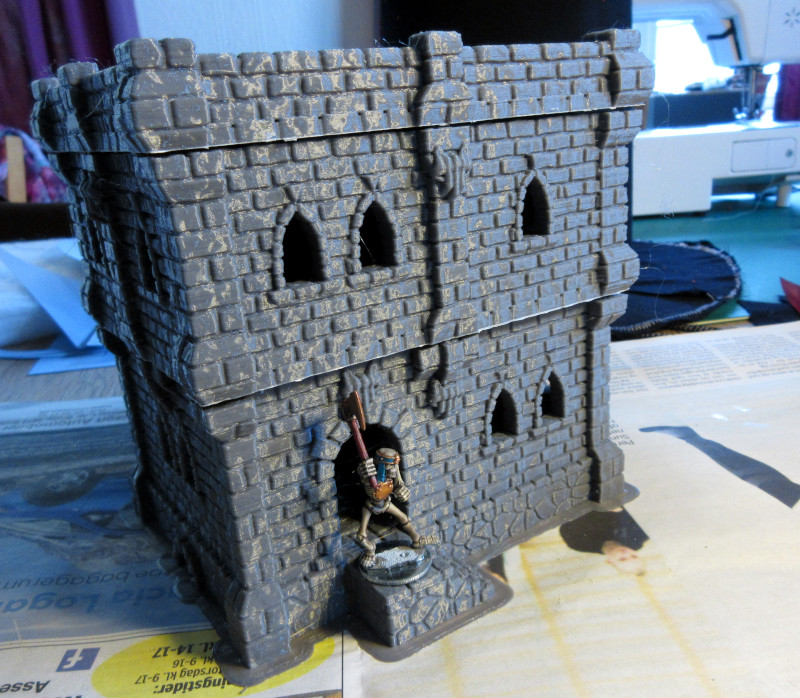 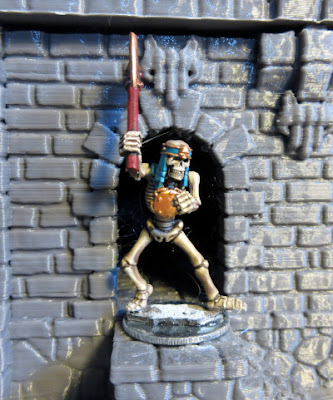 Another design by Terrain4Print is the Ulvheim series A building and ruins on Thingiverse.

My first print of the intact version (with remixed upper storey and roof by Talismancer ) was at 100%, but I think it is a tiny bit too small for 'heroic' 28mm minis.

Thus, I am now printing another one at 110%, and you can see the first result at the bottom of this post (I am almost out of that Slate Grey PLA, and it is out of stock at my filament pusher's webstore, so I am taking a break from these buildings).

As can be seen below, both storeys have a nice level of interior details, and I plan to print some furniture to add to the gaming experience of having this kind of housing populating a town/city table.

Ulolkish and I have agreed to do 3D printed city/town/ruins scenery as a joint project; I print and clean up the pieces, and he paints at least half of them, and we can then have a large set of the stuff to use between us (we live only 11 kilometers apart, so it is a matter of less than ½ hour to fetch a big box by car). 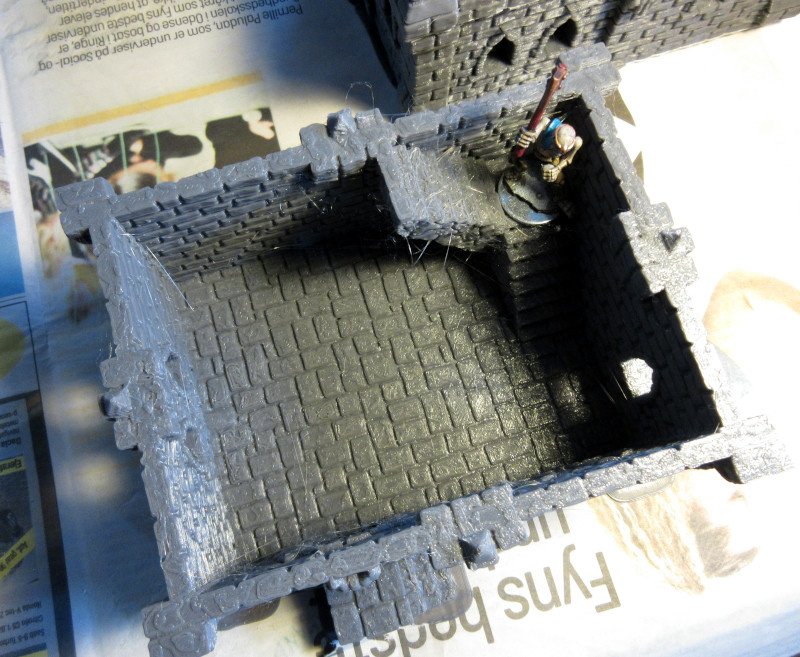 I recently had some trouble with my CR10S, and as a consequence I have been printing with a bit too little retaction, causing some stringing. While this can be easily removed, I am going to play around with the settings to see if I can avoid it completely - like I am now again returning to use a skirt for bed adhesion instead of a brim, as the latter means more cleaning up to do before the pieces can be painted. 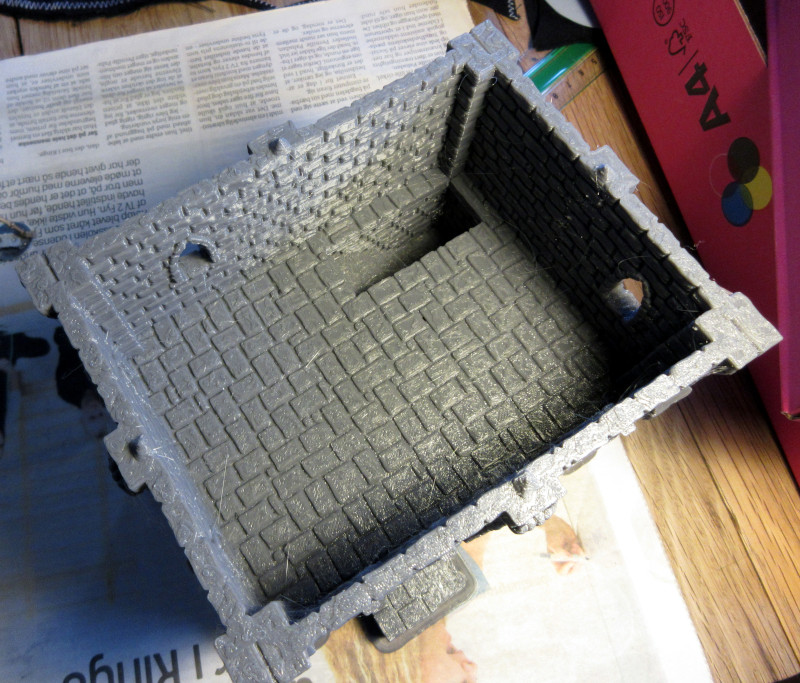 I have not yet printed the trap door for the roof, but I guess I may be doing that later today in some dark brown filament I have running on the printer at the moment. 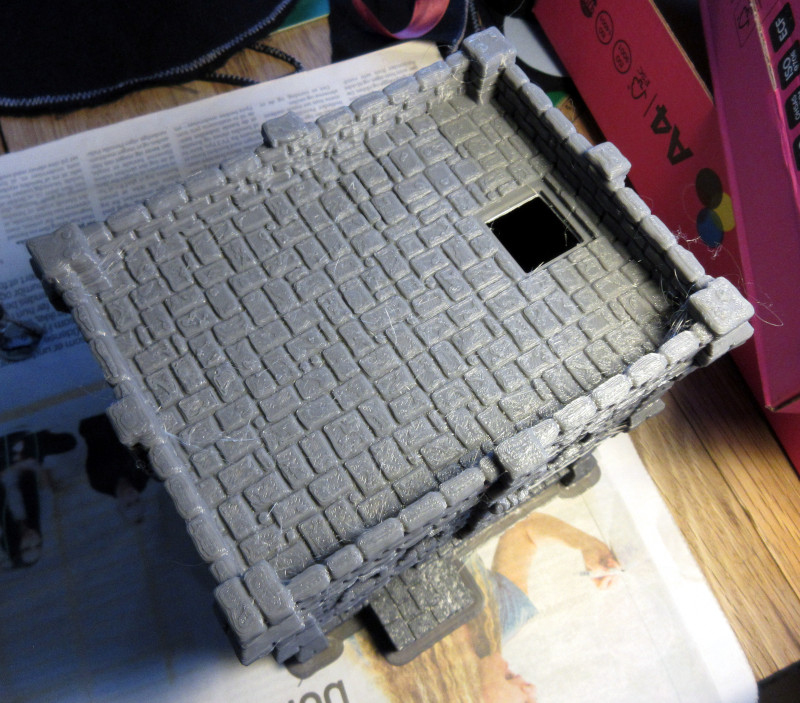 Here are all the pieces of the first building. 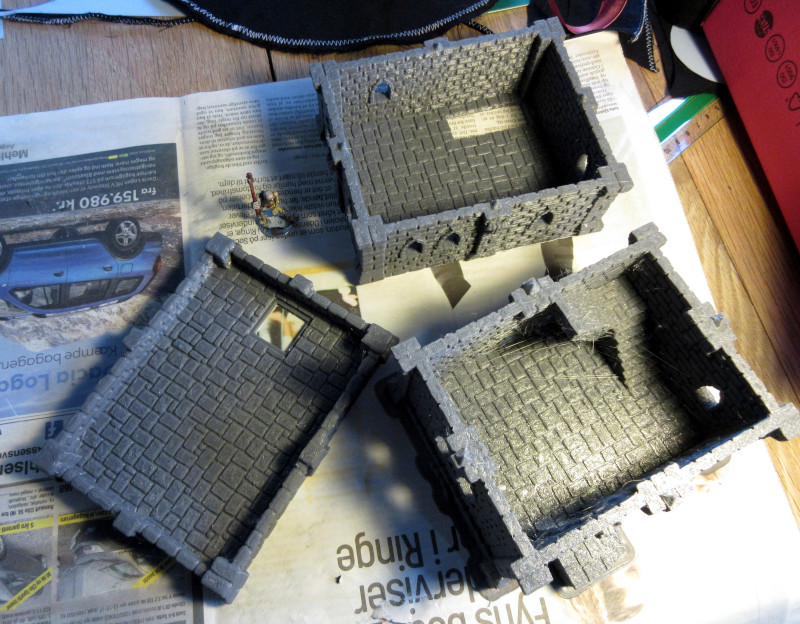 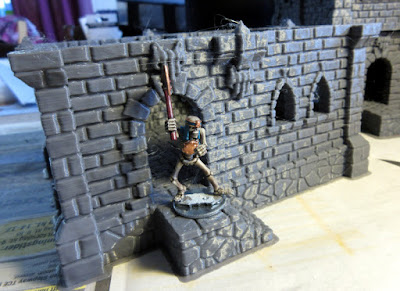 To the right and below you can see the ground floor printed at 110%.

I think it fits the GW Skelly better, as it looks like he could actually pass under the door arch without banging his skull against it.

I shall, of course, still use the first one, but I am certain that I shall print further buildings at the slightly larger size!

Over the next couple of days, I am going to print a larger version of the 'Fantasy Viking' Rohan house, and also some palisades for protecting those Rohan settlements from Wild Men and Uruk-Hai raiders! And, of course, as mentined, a roof trapdoor for the Ulvheim building. 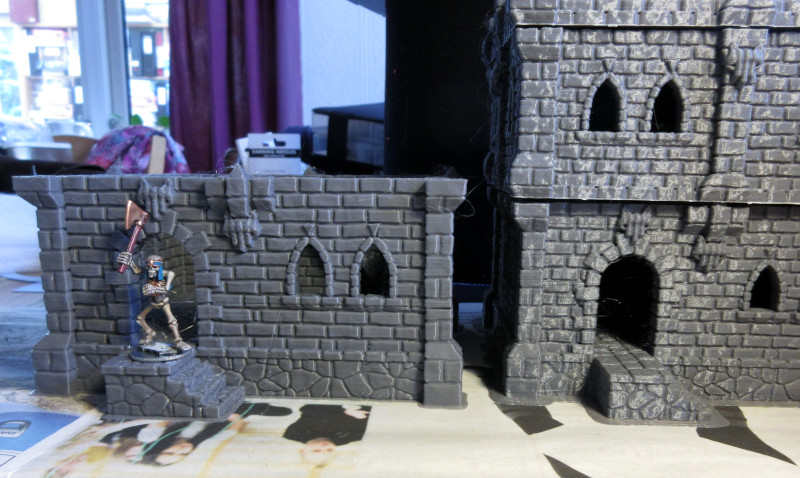