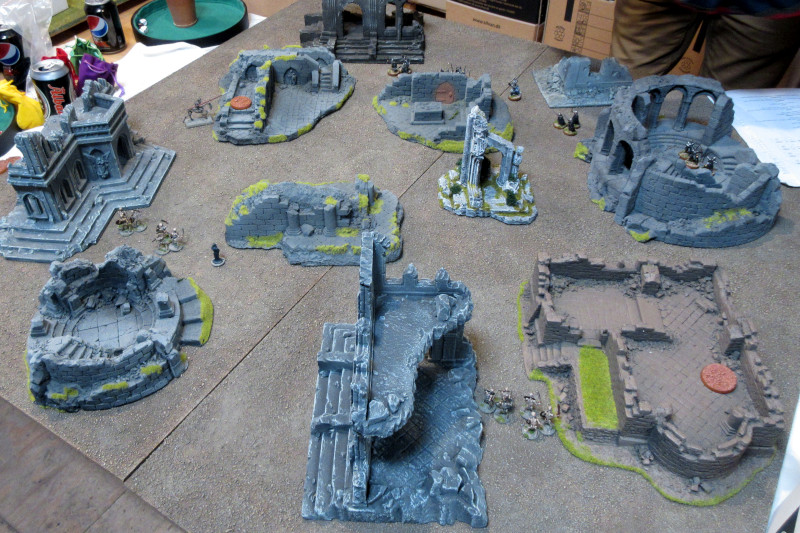 With short notice, I managed to get a Wednesday gaming appointment with Emil, a former workmate who has a taste for fantasy and sci-fi, and we played the same 150 points forces used by Ulolkish and me Monday.

We rolled up 3 Objectives, and I won the Roll-off and thus the initiative for the first Round.

In all the mayhem and excitement, I forgot to take pics after Rounds 1 and 2, but my plans worked fine, as my Necromancer actually raised some Zombies... 😏

The Gondor archers managed to take out two Skeletons in cover at one point in Round 2 or 3, and all in all the dice were behaving less stubbornly than usual.

The raised Zombies worked a treat, blocking the Gondorians from attacking the Necromancer and guarding the Objective on my left, while my Skeleton Horseman swept around the entire battlefield to threaten the Objective in the far tower ruin. 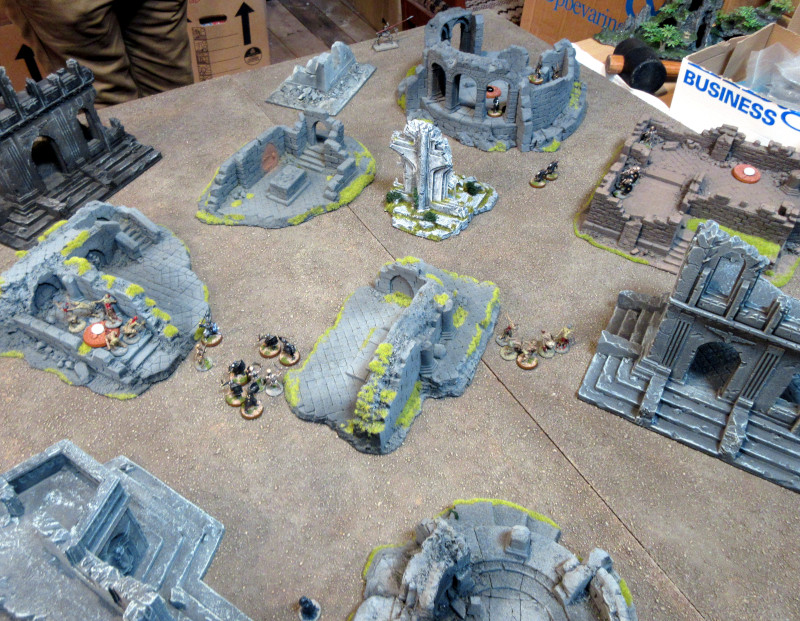 ON Turn 4, another mob of hungry shamblers clawed their way out of the ground near the threatened objective on my left, and effectively decided the game for me. Below is the final lay of the land, the game ending 2-1 in favour of Argonor. 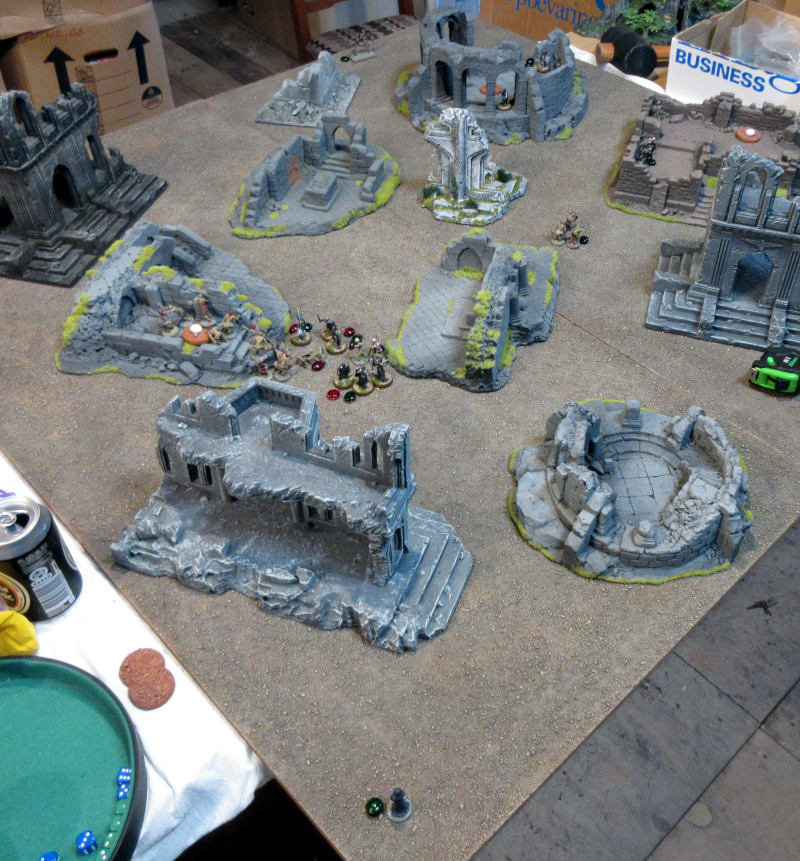 I like this game very much! It is simple, fast-flowing, and a newcomer can pick up the rules along the way while playing.

Wizards are very powerful in small games, being able to cause a lot of turmoil with their spells. Next game I shall turn up to 200 or 250 points, and maybe I shall build another Lord of the Rings themed warband to face off against the Gondorians - Mordor Nazgûl and Orcs, or Haradrim could be interesting choices.

I have repaired my two Knights of Minas Tirith (painted for Battle Companies years ago, and shattered when a box of (painted 😡) minis tilted over and hit the floor) - at least I hope the one with a horse's broken leg will prove well enough welded by the Poly Cement; the other one, a conversion, just had to be glued to the horse. I also may opt to field a Boromir, Captain of the White Tower, as a Hero alongside the Knight of Dol Amroth.