Ulolkish and I met up in Argonor's Attic yesterday evening to finally try out SAGA Age of Magic.

We had agreed to play 4 points 'plain', that is without any of the new stuff, such af Creatures and Magic, and I had built a Gondor warband using the Great Kingdoms, 3 points of Warriors in 2 units of 12, and 1 point of Levies in 1 unit.

We simply lined up our warbands 12" in on my large table, and Ulolkish started his first Turn.

Both warbands made extensive use of the Manoeuvre rule during the first two Turns, only rolling and placing SAGA Dice for practice purposes. 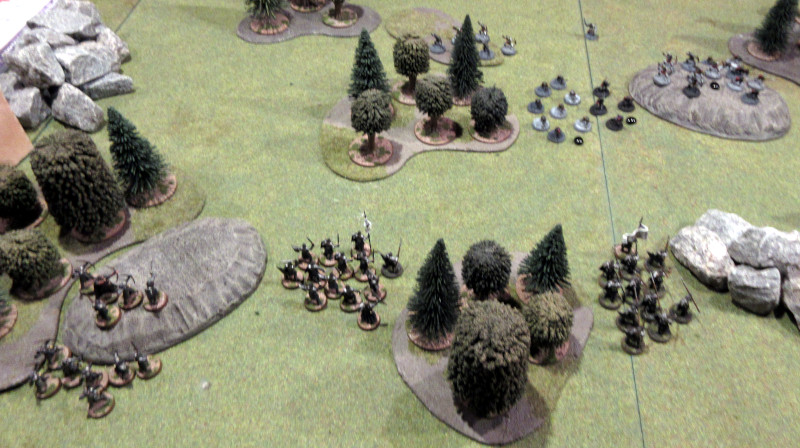 On my third Turn, both my Warrior units charged home, the first annihilating the Goblin Hearthguards, the second almost destroying a Hoblin Warrior unit. We forgot to use each other's Fatigue during the Melee, but that is just a lesson learned. 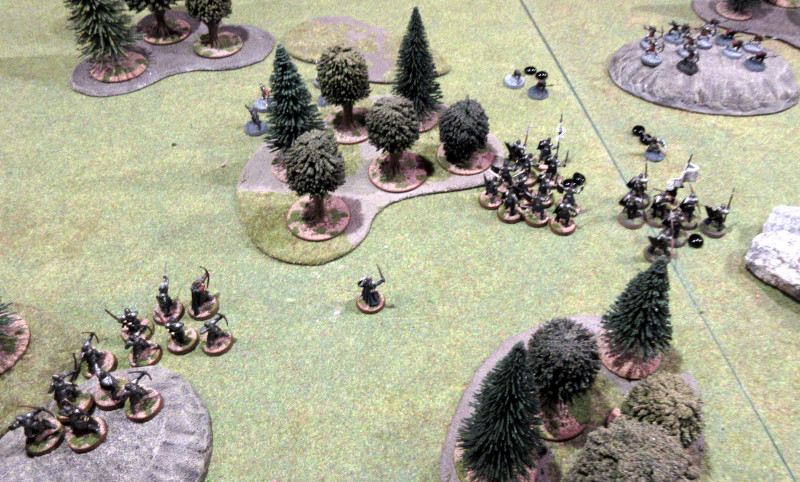 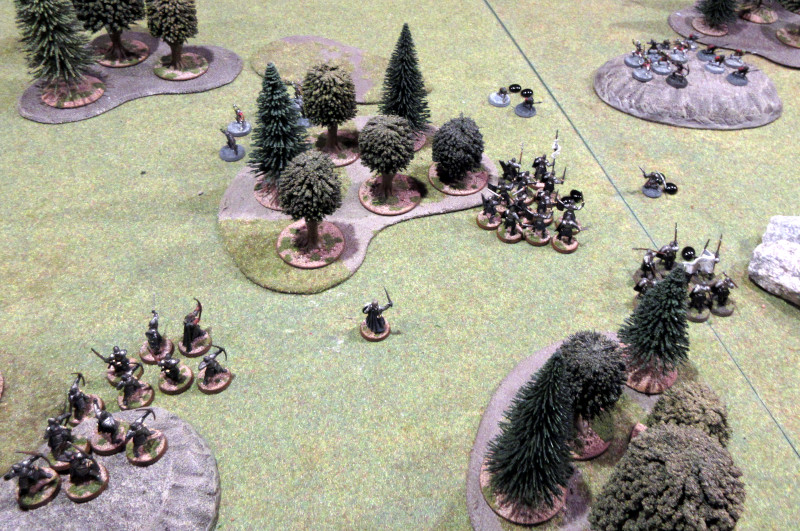 - and the other Warrior unit took one casualty from the Goblin Levy on the hill. 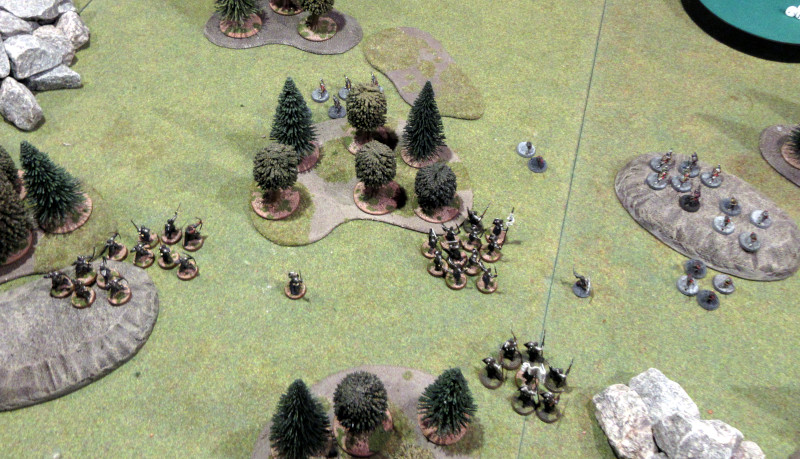 By then, it was almost 11 pm, and as I wanted to get up early and see off Lea for a four day field trip to Copenhagen, we called it a night.

Casualty count was very even, I think I may have been slightly in the lead because of the destroyed Hearthguard unit, but that might have changed quickly with just a few below-average rolls.

All-in-all it was an enjoyable experience, and I look forward to play SAGA a lot more! I am certain that Kevin is also interested in playing the 'historical' version of the game, and as the game flow is almost identical in SAGA 1 and SAGA 2, we should be able to get the rules 'worked in', so as to not have to look up rules all the time (we did that a lot yesterday, as it always happens with new or not so often played games).
Posted by Argonor at 09:09