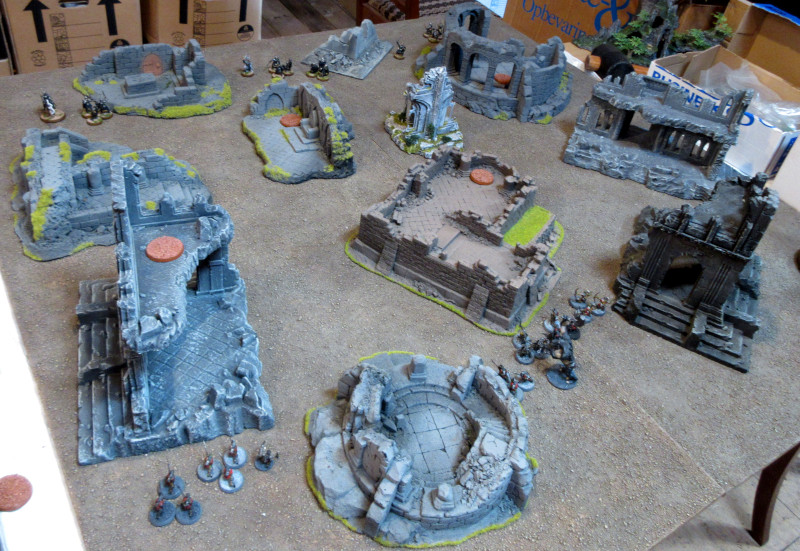 Emil and I met up in the Garage Attic this morning for a 250 points game of One Page Rules Age of Fantasy Skirmish.

Boromir and an unnamed Knight of Dol Amroth were leading a Gondor patrol, supported by a mounted Knight of Minias Tirith (Heavy Cavalry) into some Goblin-infested ruins, and the Goblin Boss, on the ohter hand, had brought a Cave Troll to the party. 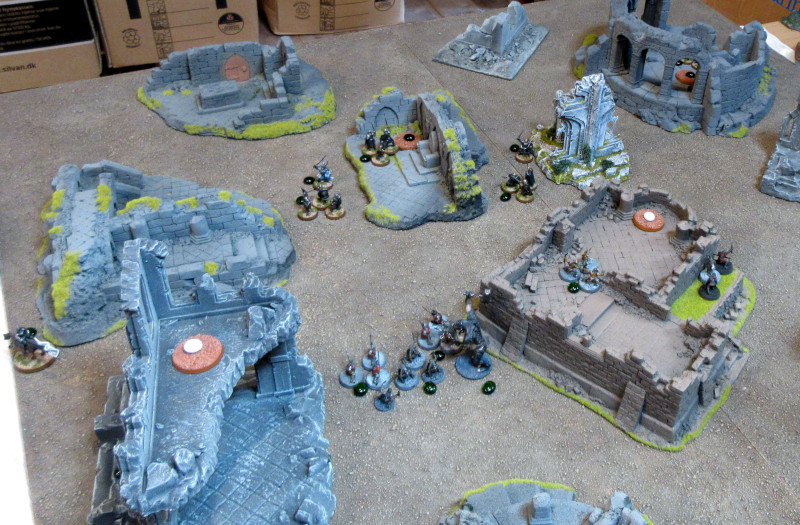 The Goblins advanced in force in the center while the Knight of Minas Tirith swooped round the flank. 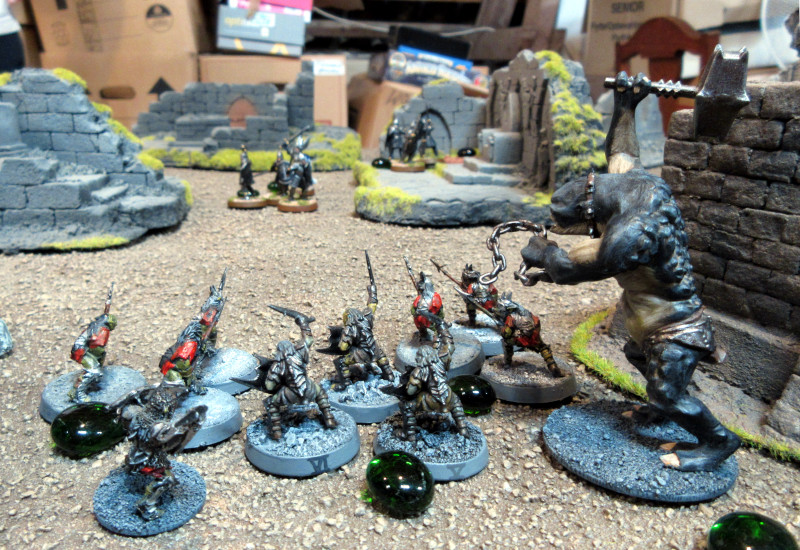 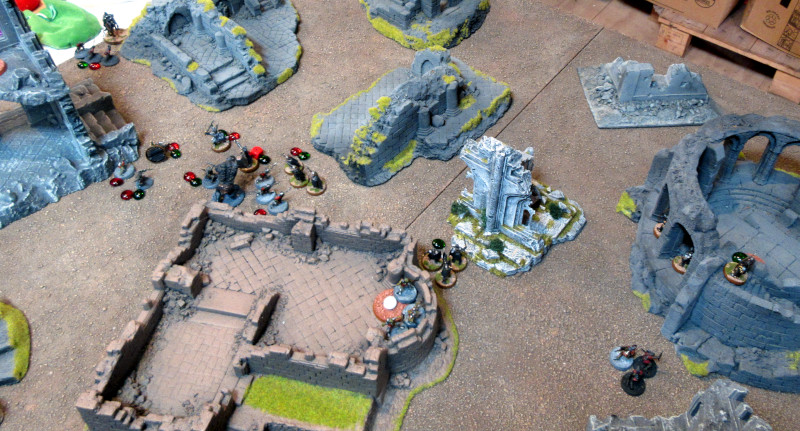 While all the big shots were busy with the grand melee, a pack of sneaksy Goblins ran around the old ruined tower to threaten the Gondorians' hold on it. 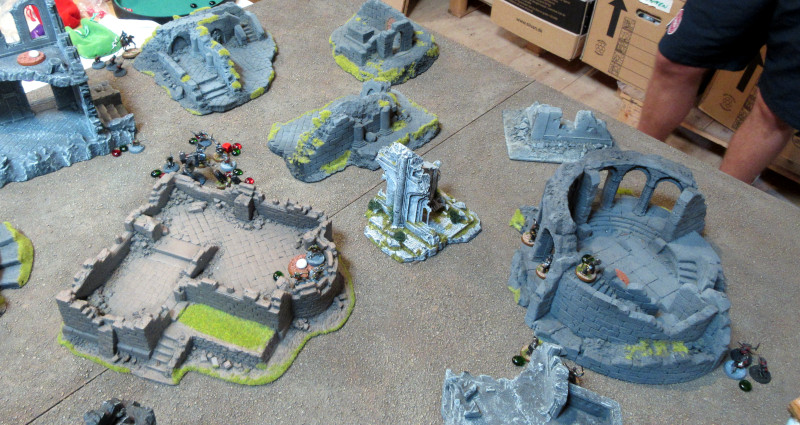 The Human heroes were holding their ground against Tiny and the gibbering hordes. 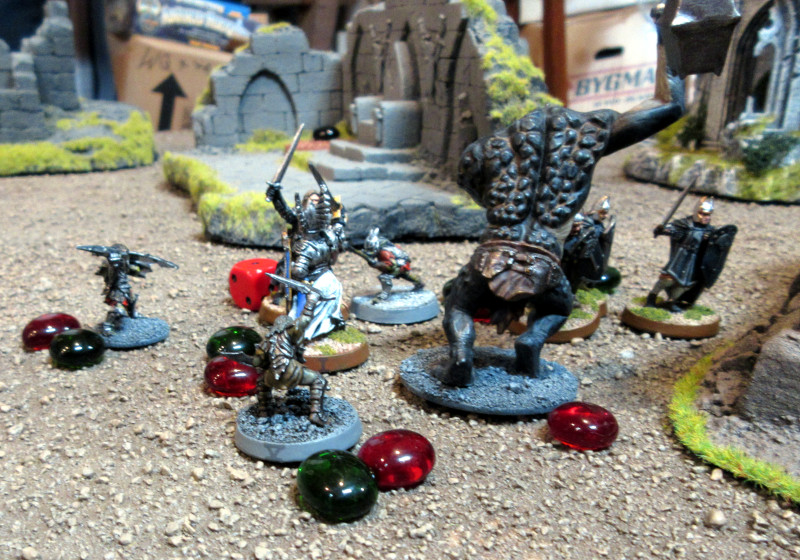 At the end of Round 3, the fighting was centering around the Throne Room objective, and with both sides holding two objectives each, the game seemed destined to be decided by who could secure it. 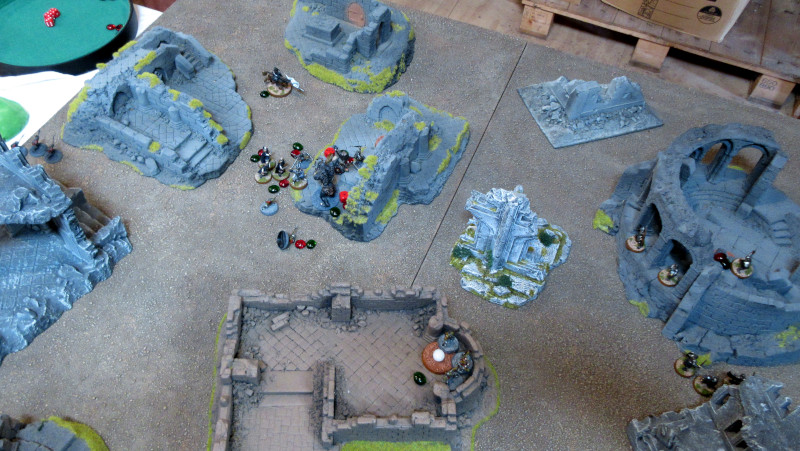 In Round 4, Boromir, after standing up to Tiny, got knocked down in single combat with the Goblin Boss - and this allowed a single Goblin to slip into the Throne Room and secure it for the Moria forces. 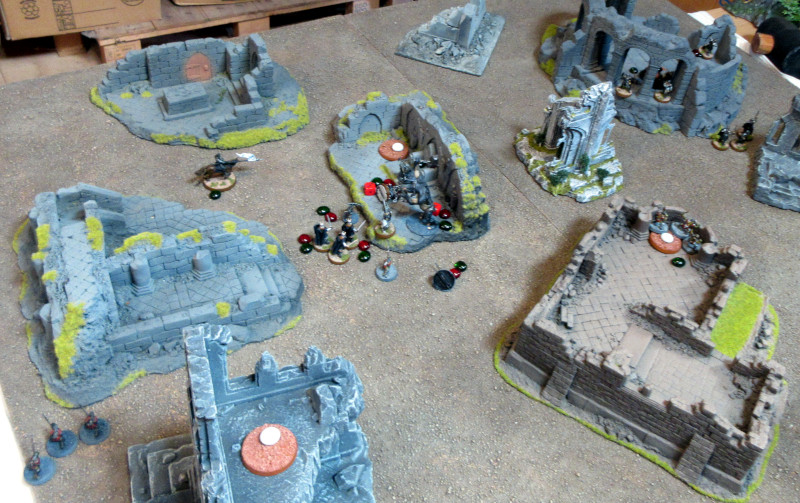 This third game of AoMS was exciting and a very close fight, and I still think the system is fantastic.
I also think that it would be very easy to come up with other scenarios (Fight at a Ford/Bridge, Fighting Retreat, Escorting something through enemy territory, etc...).
The Cave Troll did well by keeping the Gondor Heroes at bay, allowing the common rabble some leeway to take on the more manageable Human warriors.

We decided right away to play a game of 5 Rounds with 350 points - I shall post the AAR of that later this evening (or, barring that, tomorrow).
Posted by Argonor at 18:28